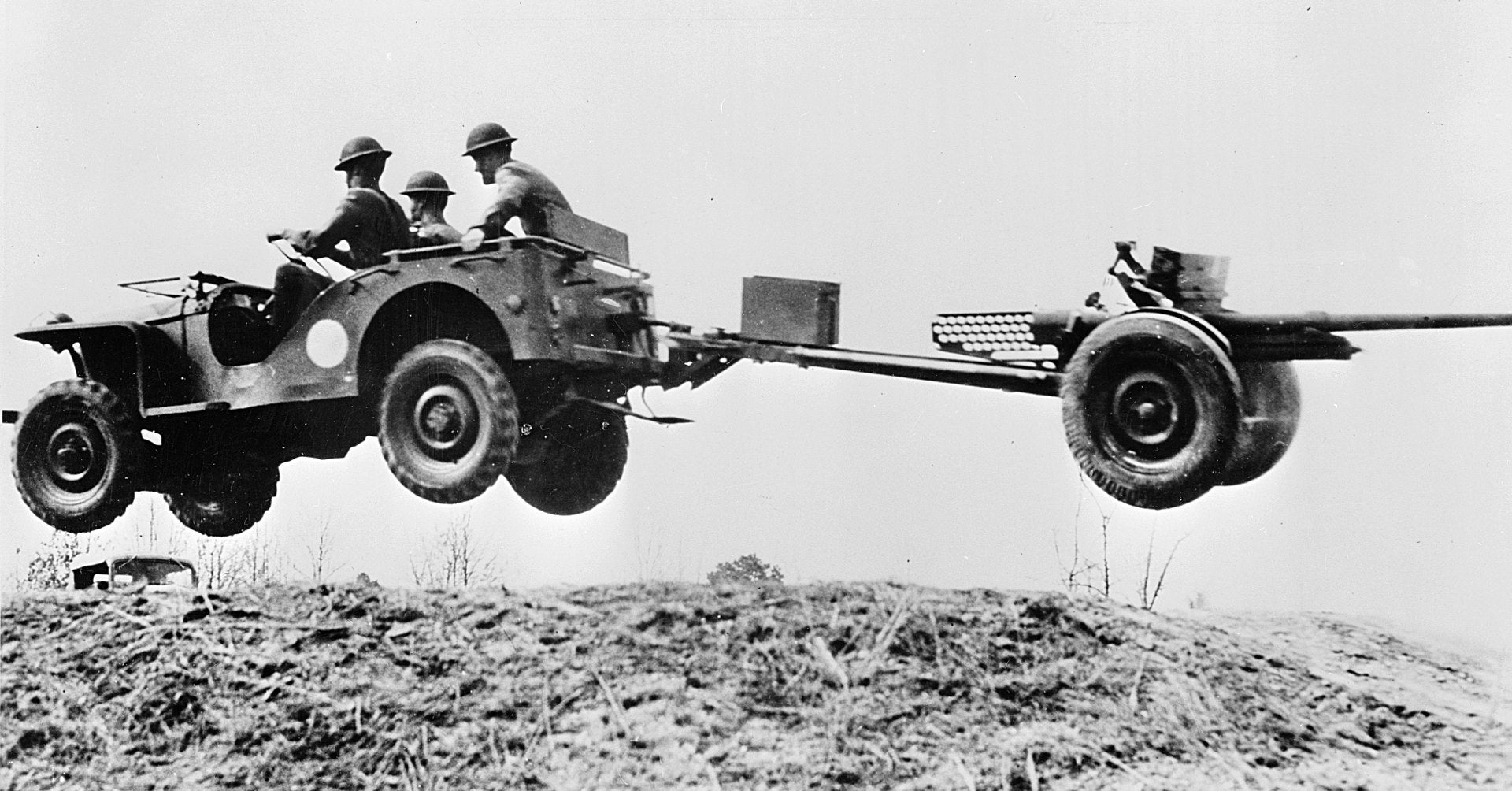 The U.S. Army Truck, 1/4-ton, 4×4, Command Reconnaissance light utility vehicle was the primary light-wheeled transport of the U.S. and many of its allies during WWII. Today, these trucks are still used in Third-World countries as reliable transportation. Made by Willys-Overland as the MB and Ford as the GPW, the vehicle is better known by its nickname: Jeep.

Despite the prevailing theory, the Jeep did not derive its nickname from the pronunciation of its “GP” designation. After all, the GPW name was an internal Ford naming convention. In fact, the Jeep name was given to other 4×4 vehicles before it was applied to the Willys MB/Ford GPW.

On March 16, 1936, the Popeye the Sailor comic strip introduced the character Eugene the Jeep. A mysterious animal with magical or supernatural abilities, Eugene was Popeye’s jungle pet. Moreover, his small size and inexplicable powers allowed him to walk through walls, move between dimensions, and generally go anywhere to overcome otherwise impossible situations.

However, the nickname was not exclusive to the go-anywhere trucks and tractors. Small anti-submarine escort carriers were nicknamed “baby flattops” and “jeep carriers”. The nickname was also given to several aircraft including the Kellett autogyro prototype, the Boeing B-17 Flying Fortress prototype and the Curtiss-Wright AT-9 trainer plane.

Upon America’s entry into WWII, the majority of its light trucks were actually Dodge 1/2-tons and 3/4-tons. It wasn’t until 1943 that the Willys and Ford 1/4-tons outnumbered their heavier Dodge counterparts. Despite their differences, all three light truck variants were nicknamed Jeeps. However, the Jeep name is best associated with the 1/4-ton truck whose appearance has been preserved in popular media and the modern Chrysler/Stellantis North America Jeep Wrangler.