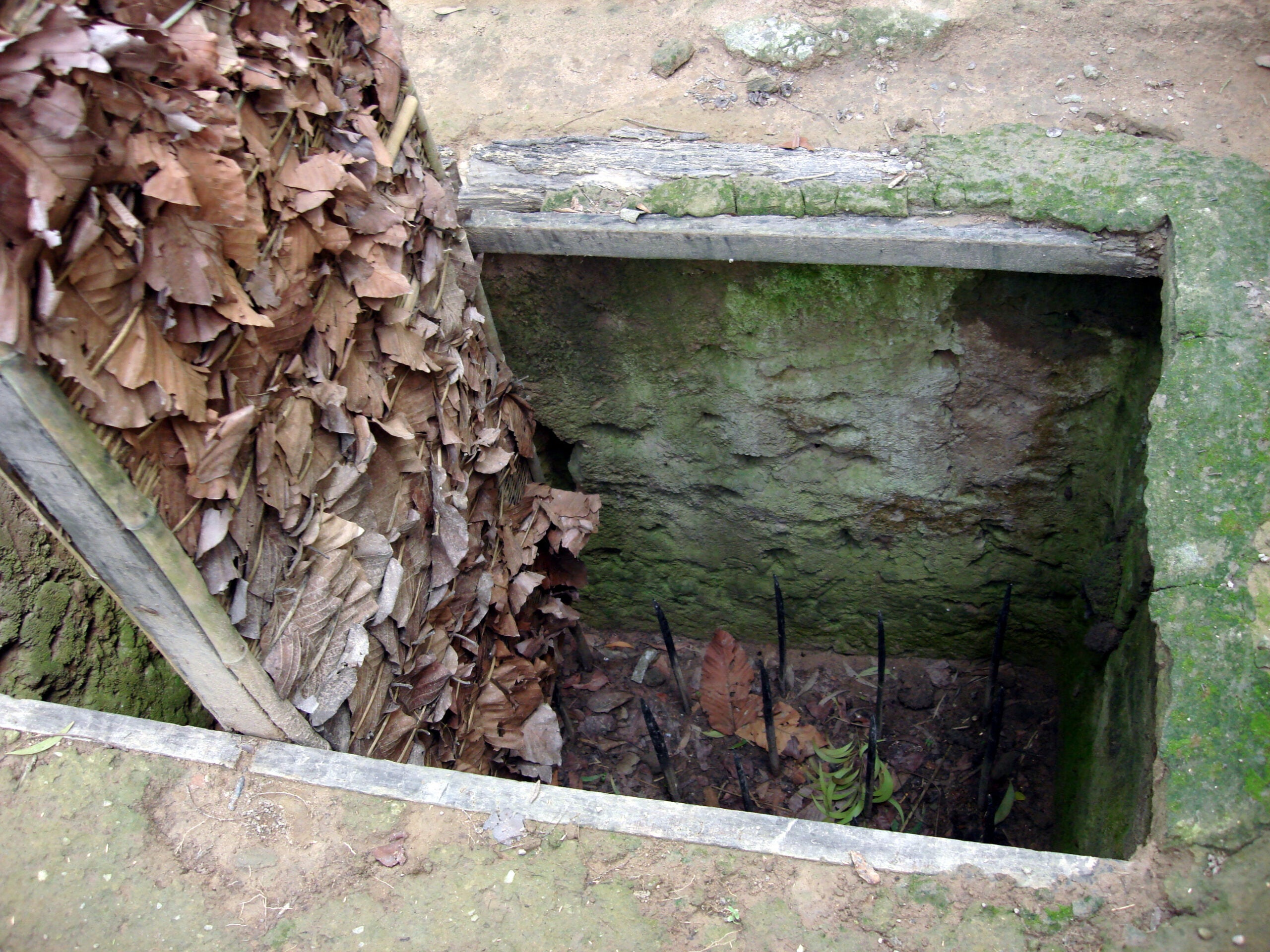 The booby trap was one of the signature tactics the Viet Cong used against American troops in Vietnam. Punji sticks, snake pits, and hidden grenades are as synonymous with the Vietnam War as the song “Fortunate Son.”

But even for the Viet Cong, the dense, dark jungle canopy of what is supposed to be their home turf can get confusing and disorienting. So how can a retreating VC know how to find the booby traps they laid for the GIs after a few days or weeks away from that area? It seems impossible, but the VC thought of that.

In order to avoid falling victim to their own simple but effective traps, they created a system to clandestinely mark the traps. So whether it’s the “Grenade in a Can,” “the Mace,” or even a simple snake pit, they developed a way to warn themselves and other VC as well as show them a route to avoid the trap.

Luckily for American troops, Marine Corps engineers established the Demolitions and Mine Warfare School to use captured mines, bullet traps and other deadly devices captured from the VC to teach soldiers how to avoid them. If possible they might even teach Marines how to rewire them.

Viet Cong fighters would set traps in the places they believed the American troops would actually walk. If they thought the American GI would notice the trap, the VC would place a secondary trap to get anyone who avoided the first one. These are the lessons taught by the Marines at the Demolitions and Mine Warfare School.

Markings used by the VC who laid these booby traps would indicate what kind of trap it was, the location of it and which way the trap would explode, where applicable. Some of them were fairly obvious, such as rectangles or pyramids made of bamboo. Others were not as noticeable, such as formations of broken sticks on the ground, bamboo spikes pointed a certain way or palm leaves on the ground, either specially folded or with a stick wound through it.

Just like they learned about the VC’s secondary booby trap, U.S. engineers eventually picked up on these signals too. Not only did they pick up that special code, they learned how to use it against the Viet Cong and North Vietnamese as well.

Using the code, Americans could change how the VC moved through an area and even make them walk headlong into their own booby traps.

The VC noted how effective their traps were by returning to the sites where they all were set and noting how many had been triggered. They could adapt the most effective ones to other areas by reusing the styles already triggered. If American GIs got wise to the pit traps, for example, the Viet Cong would just start using arrow traps or cartridge traps instead.

The booby traps of Vietnam were psychologically difficult for the soldiers and Marines on search and destroy missions in the bush. So even though the VC had the market cornered on hidden booby traps in the jungle, it’s nice to know there were some American troops out there turing the tables on these terrible weapons.