The reason the M1 Garand used to jam every 7th round 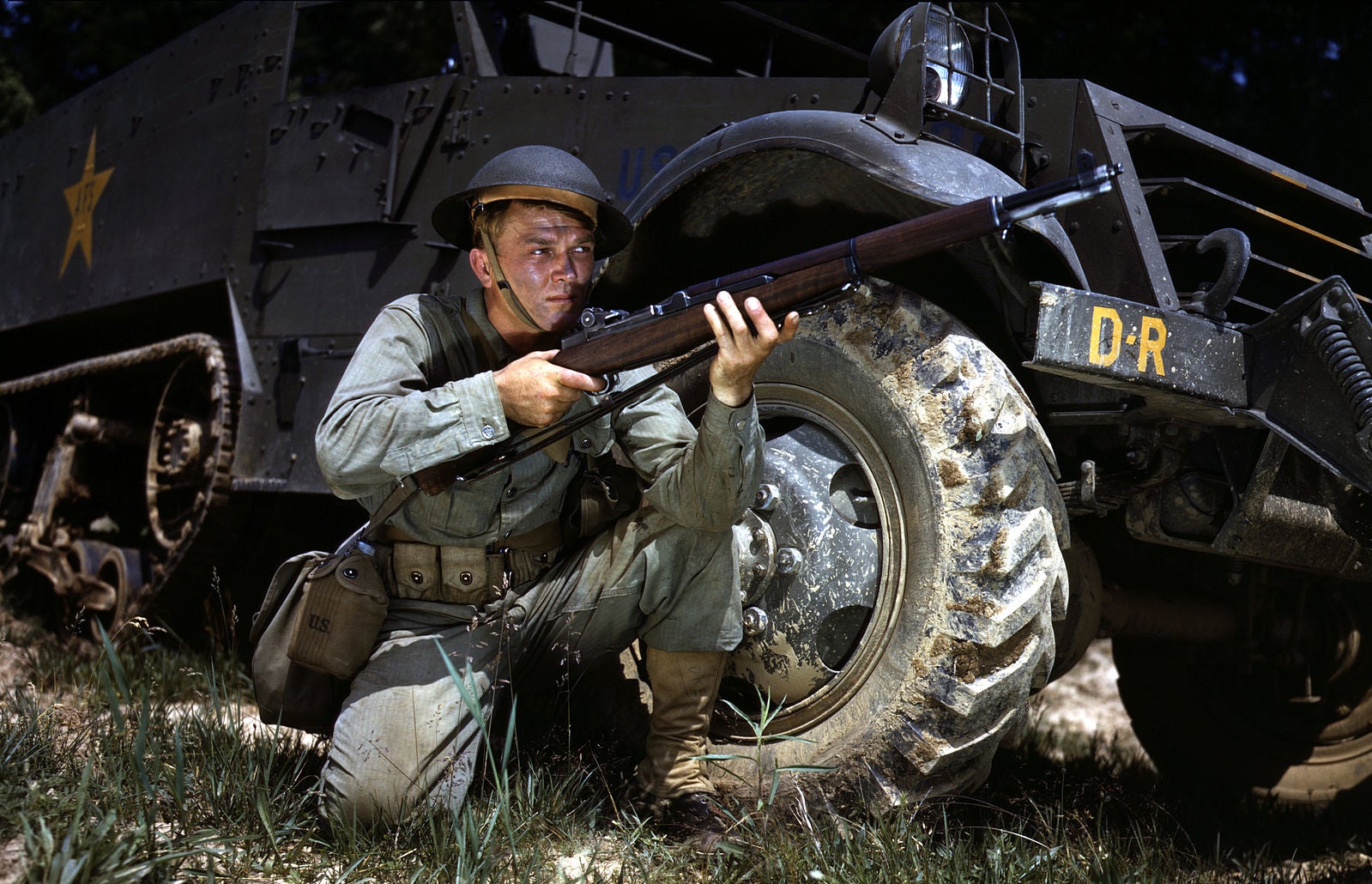 The M1 Garand was the standard service rifle of the United States during WWII. Technologically superior to the bolt-action rifles primarily fielded by other armies, the semi-automatic M1 gave American G.I.s a distinct advantage in fire superiority on the battlefield. Even General George S. Patton called it, “the greatest battle implement ever devised.” However, the M1 did exhibit an unusual hiccup early in its production.

The adoption of the Garand by the Army in 1936 placed America on the cutting edge of infantry small arms. Other self-loading rifles like the Pedersen and Johnson rifles were also presented to the Army. However, John Garand’s design was chosen for its reliability and ease of use. Most notably, the Garand’s en-bloc clip was the same on the top and bottom and could be loaded into the rifle either way. Moreover, the eight double-stacked rounds could be loaded into the clip with the top round on the left or right. This simplified production and logistics and made the Garand easy to load in the heat of battle.

Handmade Garands performed flawlessly in testing. To streamline future mass production, the Springfield National Armory produced Garands on tooling machinery to evaluate the process. This way, if a war broke out and hundreds of thousands of rifles needed to be produced by contracted civilian companies, Springfield would be able to share their best practices for efficient production. Sure enough, a problem was found in the Garand: the rifle would jam every 7th round.

Upon further evaluation, Springfield engineers discovered that the M1’s 7th round would jam if the clip’s top round was loaded on the right. This bizarre problem puzzled the engineers. However, there was no time to solve it. The Army wanted to showcase its new rifle at the 1938 National Matches at Camp Perry, Ohio. Like the SHOT Show of its time, any attendee would be able to try out the newly adopted M1 Garand on the range. It wouldn’t seem like such a great rifle if every 7th round jammed though. The Army needed to do something to hide the issue.

A stopgap measure was developed by Col. James Hatcher of the Ordnance Department. Hatcher modified the followers of the Camp Perry rifles so that they would only accept clips with the top round loaded on the left. Additionally, because all the ammunition would be provided by the Army, Hatcher dictated that all the Camp Perry clips be loaded with the top round on the left. This eliminated any chance of the Garands experiencing the 7th round jam. Thanks to Hatcher, the 200 M1 Garands showcased at the National Matches worked perfectly.

Eventually, an assistant foreman at Springfield named Walter Campbell discovered the cause of the jam. Within the rifle’s receiver are two large guide rails that hold the clip in place. In order to install the barrel in the receiver, the nub on top of the right fore guide rail was removed. As it happens, this was the cause of the jamming. The guide rails of the 200 Camp Perry rifles were welded to replace the cut nub and all future Garands were produced with the nub intact. With these fixes, the 7th round jam was eliminated.

Thanks to Hatcher, the reputation of the Garand remained intact through its production hiccup. More importantly, thanks to Campbell, the rifle functioned properly by the time it reached the hands of American troops. The Garand went on to serve as the standard U.S. service rifle until 1958 and was even used in the Army Reserves, National Guard, and Navy until the early 1970s.