Meet the Armed Forces Insurance 2022 Military Spouses of the Year 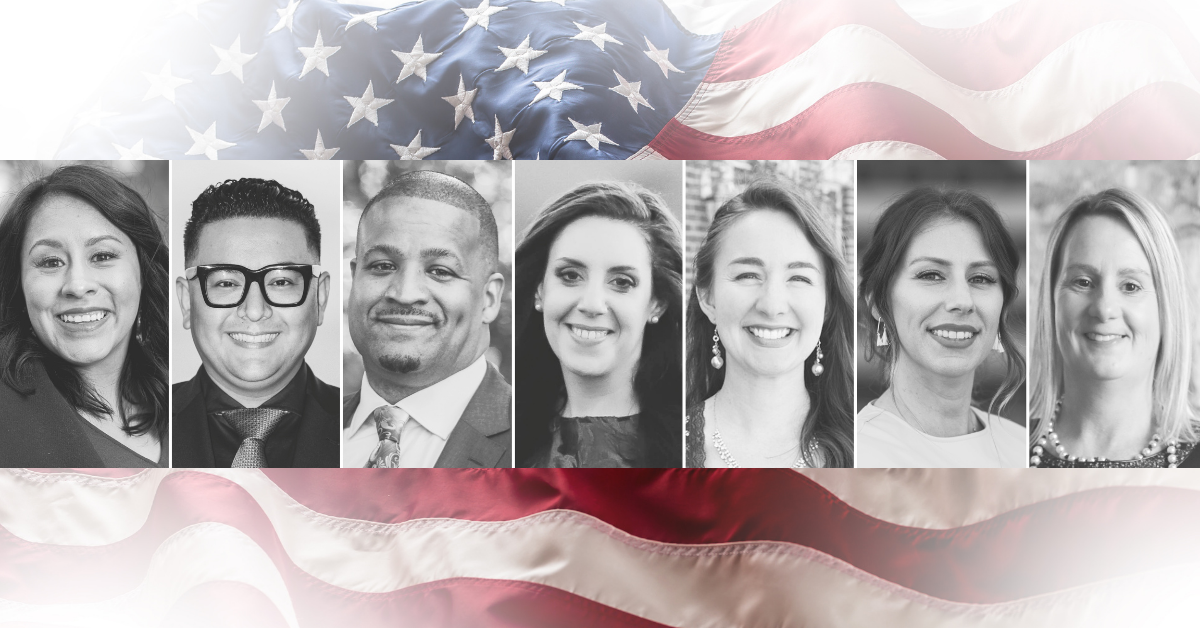 There are close to 1 million active-duty and around 500,000 National Guard and Reserve military spouses across the globe. Their unwavering support, selfless courage and fierce advocacy is arguably the backbone of America’s warriors.

Armed Forces Insurance has been dedicated to recognizing military spouses for their leadership and advocacy efforts for the community since 2008. Founded by Chris Hale, CEO of veteran-owned Neptune Holdings (Military Spouse Magazine’s parent company), the award program has grown and created extraordinary opportunities for the honorees over the years.

In the beginning, there was only one overall military spouse recognized for his or her work but in 2009 it began acknowledging branch winners and an overall winner. 2013 brought base-level recognition, leading to enormous growth in the reach of the program. Since its inception, spouses have had the opportunity to meet with presidents and their first ladies, advocate directly to Congress and be featured on national television networks for their work.

This year, the program included the Space Force in the all-star line up.

The process for the road to being chosen isn’t an easy one. Spouses must be nominated, receive a substantial amount of votes and face a panel of judges. The nominee must be a spouse of an Active Duty or Reserve service member of the U.S. Armed Forces and nominees cannot currently be serving on active duty, as a Reservist, Individual Ready Reserve or National Guardsman in any branch of the military.

Nominees are judged on the required qualities of leadership, demonstration of community involvement and building, effective communication and judges are also looking for a compelling story. The base-level winners are decided purely on voting and from there, the top three spouses of each branch are determined by the panel.

Once spouses make it to the branch-level selection at the top three level, they’re required to submit a letter of recommendation and to create a video introduction which is displayed publicly prior to voting commences. From there, voters and judges come together and dive into the difficult work of picking the spouse leaders for each military branch. Here are the 2022 Armed Forces Insurance Military Spouse of the Year Branch Winners:

Nominated initially for her extraordinary volunteer work while stationed at Fort Riley, Bassett is known for being deeply involved in serving the military community. Actively involved in her local spouses club, she is currently the Community Outreach Chair for the board. There she has championed fundraising for nonprofit organizations in the area which actively provide resources and support to the soldiers and their families. Her leadership of Operation Santa in 2021 led to raising up 600 toys for donation! Her platform and passion is to bring awareness to food insecurity within the military community.

“I believe that my commitment, passion and energy for service has been contagious and inspired others to serve and believe that together we can make an impact,” she said in her AFI MSOY profile interview.

You can learn more about Bassett here.

Toth is the Director of Operations at the Marine Corps Gift Shop in Okinawa and sits on the boards of several non-profit organizations. He is a strong advocate for diversity, inclusion and belonging within the military community. Though he and his husband have been happily married for nine years, they were quietly together much longer than that due to the Defense of Marriage Act. Within this experience grew a deep desire to ensure everyone he encountered felt like they belonged within the community.

“If I am in the room and see someone by themselves I will ensure I walk over and introduce myself. I want all people to feel welcomed and included,” he said in his AFI MSOY profile interview.

You can learn more about Toth here.

Rodriguez is one stand-out volunteer and advocate for the military community. He has held the role of FRG President, Ombudsman, area leader with CORE, volunteer at The San Dollar Store, Scholarship Committee, Dolphin Store Manager, Ombudsman, Navy Marine Corps Relief Society Caseworker, Advocate for Armed Forces Housing Advocates and numerous roles within nonprofits. Rodriguez has a background within the legal field and has remained a steadfast supporter of those in need of support.

“I provide resources, assistance or whatever I can. I believe knowledge is power and that helping others become knowledgeable in this military life is the key to success,” he said in his AFI MSOY profile interview.

You can learn more about Rodriguez here.

Abdelaal is currently the Legislative Committee Chairman for the Military Spouse Career Coalition located in Colorado Springs, Colorado. She is also Policy Advisor to the National Military Spouse Network (NMSN) and co-authored the 2022 White Paper, “The Military Spouse Employment Dilemma,” which was featured in Air Force Magazine and Military Times. Abdelaal is also a Key Spouse for the U.S. Air Force Academy Band. Her background includes significant roles in Congressional policy, especially during her time as a staffer for Senator John Boozman.

“I have a deep sense of personal and professional responsibility to advocate for changes in law, policies, regulations, and programs that negatively impact our military families’ quality of life,” she said in her AFI MSOY profile interview.

You can learn more about Abdelaal here.

Streyder is the founder and Executive Director of the Secure Families Initiative, a nonprofit organization with a mission dedicated to mobilizing military partners, family members and veterans to vote and advocate for their communities. She has experience working with the White House’s correspondence office and the Department of Commerce’s legislative affairs team. She has remained a vocal and passionate advocate for the military community and continues to stand in the gap for underserved populations.

“The core of effective advocacy is telling our personal stories in a way that helps build bridges of understanding. I want to empower my peers to advance milspouse causes because when one of us succeeds – we all succeed,” she said in her AFI MSOY profile interview.

You can learn more about Streyder here.

McCracken is currently the Coast Guard’s 11th district’s Ombudsman Community of Practice Chairperson and was selected as the Ombudsman of the year for 2021. She voluntarily took the training for suicide awareness and critical incident/stress management in order to better serve coastie families within her district. McCracken also works closely with community partners such as United Through Reading, The Coast Guard Foundation, ASYMCA and USO. She is passionate about service, giving back and creating support for military families.

“I want families to know that there are resources out there for them no matter the challenges they are facing. There have been so many individuals throughout my husband’s career that have helped me grow as a spouse and it has made me passionate about investing in others like they invested in me,” she said in her AFI MSOY profile interview.

You can learn more about McCracken here.

Meili is a Key Volunteer who has collaborated with local American Legion Veteran Aux in order to provide Comfort Bears to children of deployed military members. As the Giving Tuesday Military Ambassador for Syracuse, New York – she facilitated the acquisition and placement of 12 Purple Heart Parking Spaces in the Central New York Region. Meili believes volunteering directly contributes to strengthening family networks critical to mission accomplishment. She remains committed to being a space of inclusion, support and bridging the gap for those in need.

“Creating opportunities for all eras of military spouses to work side by side to tackle current and future challenges that face our spouses and veterans is my passion,” she said in her AFI MSOY profile interview.

You can learn more about Meili here.

On May 5, 2022, you can watch the LIVE announcement of the overall Armed Forces Military Spouse of the Year through Armed Forces Insurance’s Facebook page.