Pfc. Bradford Freeman, the last 'Band of Brothers' soldier, dies at 97 - We Are The Mighty 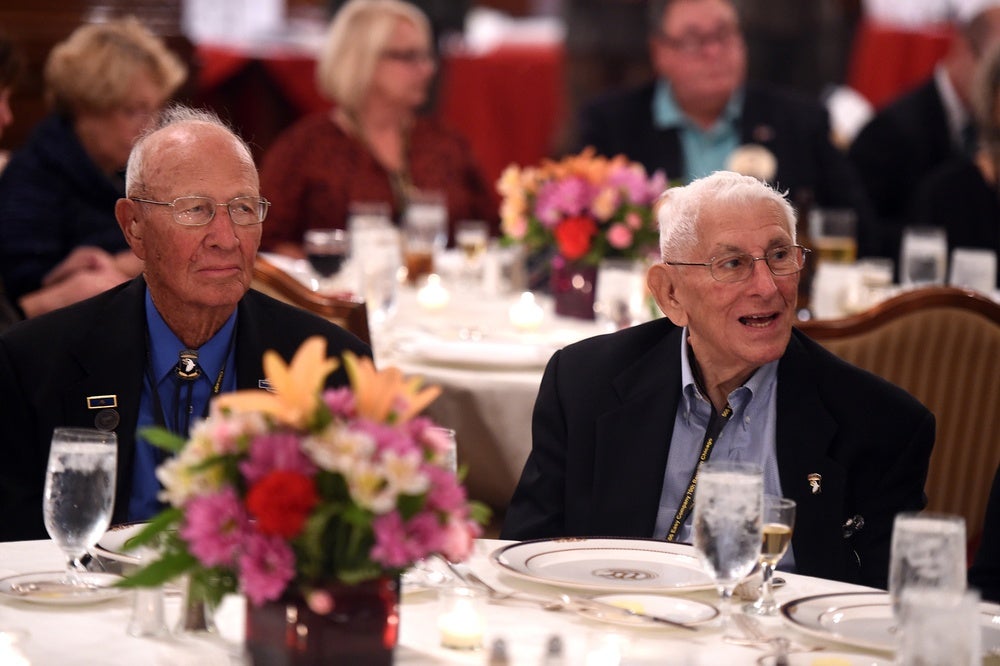 Easy Company, 2nd Battalion, 506th Parachute Infantry Regiment, 101st Airborne Division was immortalized by the HBO miniseries Band of Brothers. Although the show wasn’t entirely faithful to the unit’s true history, it is widely regarded as one of the most accurate and popular depictions of American military history. Following the death of Col. Edward Shames, the last surviving Easy Company officer, Pfc. Bradford Freeman was the last surviving paratrooper from the famous unit. On July 3, 2022, Freeman passed away at the age of 97.

Freeman was born in Mississippi on September 4, 1924. He attended Mississippi State University, but dropped out to enlist in the Army in December 1942. Like all paratroopers, Freeman volunteered to train to join the new Airborne Corps. He made it through the rigorous training and earned his jump wings.

In February 1944, Freeman was sent to England where he was assigned to Sgt. Don Malarkey’s 4th Squad in Lt. Dick Winters’ 1st Platoon. With some college experience under his belt, Freeman became close with his platoon leader. Winters even offered to send Freeman to Officer Candidate School, though Freeman declined.

On D-Day, Freeman was assigned to Stick 70 under Lt. Buck Compton. As a mortarman, he jumped with an 18-pound baseplate strapped to his chest in addition to his regular gear. Freeman landed safely in Normandy and joined Easy Company in defending the intersection at Brecourt Manor. He reportedly assisted Malarkey and Alton Moore in the the infamous motorcycle theft from Utah Beach.

Freeman made the jump into Holland during Operation Market Garden and later took part in the rescue of the British paratroopers on October 22, 1944. He remained with Easy Company and fought at Bastogne during the Battle of the Bulge. On January 14, 1945, during the attack on Noville, Freeman was wounded in his knee by shrapnel. T-4 Eugene “Doc” Roe treated him and sent him to the rear. Bastogne was the last action that Freeman saw during the war.

It took three months for Freeman to recover from his wound. On April 7, he returned to Easy Company and joined them on their historic capture of the Eagle’s Nest at Berchtesgaden. In November 1945, Freeman was honorably discharged from the Army. After the war, he married his childhood friend, Willie Girley, in June 1947. The couple had two daughters.

Freeman used his G.I. Bill to go back to school and finish his degree. He worked as a mailman for over 30 years. Winters and Freeman kept in touch after the war. The former even came down to Mississippi in 1990 for a visit. On May 10, 2021, Freeman was presented with a challenge coin at his home in Caledonia, Mississippi on behalf of the Chairman of the Joint Chiefs of Staff Gen. Mark Milley. During the coining, Freeman said, “Me and my buddies did a job for America… now it’s time for new faces to take up the cause.”