Col. Edward Shames, the last surviving Band of Brothers officer, dies at 99 - We Are The Mighty 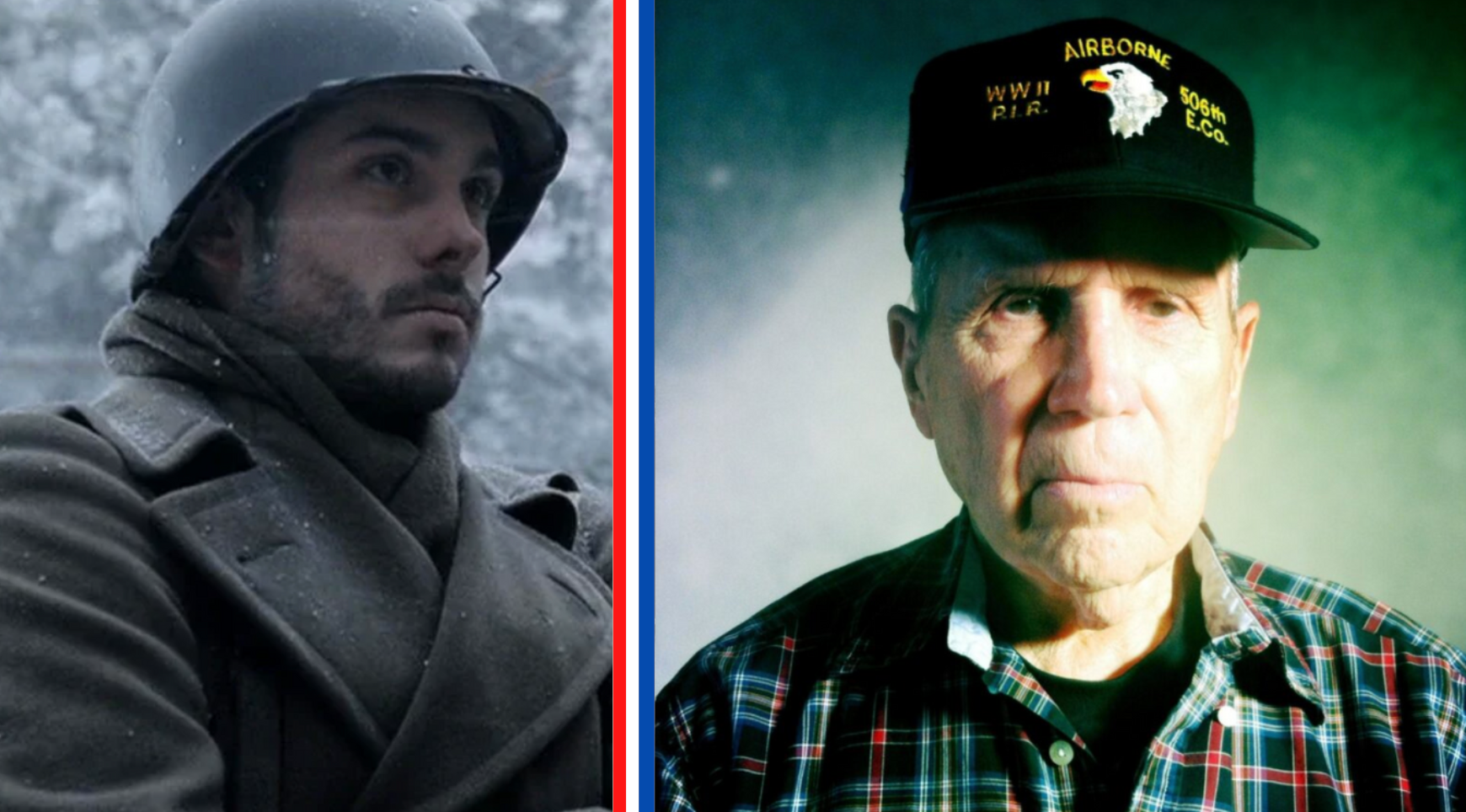 Left: Shames, as portrayed in Band of Brothers. Right, Shames.

Much of the American public was introduced to Edward Shames in the HBO miniseries Band of Brothers. During Episode 7: “The Breaking Point,” Lt. Shames is depicted as a cantankerous and overly vocal officer. “Shames? He’s seen too many war movies,” Lt. Winters remarks as he ponders Easy Company’s platoon leaders. “[He] thinks he has to yell all the time.” While he was known to be a yeller, Shames was also known to be a good officer. In fact, he eventually reached the rank of colonel. Shames was noted as being the last surviving Easy Company officer and one of the last soldiers from the famed unit, along with Pfc. Bradford Freeman.

Shames was born in Norfolk, Virginia on June 13, 1922. In August 1942, he joined the Army and volunteered for the newly formed parachute infantry. Training at Camp Toccoa, Georgia, Shames initially served as a private in Item Company, 3rd Battalion, 506th Parachute Infantry Regiment, 101st Airborne Division. In England, he was promoted to Operations Sergeant and built the the sandtables studied by his fellow paratroopers prior to the invasion of Normandy.

On D-Day, Shames made his first combat jump. Shortly thereafter, on June 13, 1944, he was given a battlefield promotion to 2nd Lt., becoming the first 3rd Battalion NCO to receive a battlefield commission in Normandy. His promotion also came with a transfer to Easy Company, 2nd Battalion where his took charge of 3rd Platoon.

During Operation Market Garden, Shames led his platoon and later volunteered to rescue stranded British paratroopers during Operation Pegasus. He was wounded in his left leg before the 101st was called on to hold back the Nazi counteroffensive in Bastogne. During the Battle of the Bulge, Shames and Sgt. Paul Rogers knocked out a German tank with a bazooka at Foy. Although he developed a reputation as a stubborn and outspoken officer, Shames earned the respect of his men. He held them and himself to a high standard that history has come to know Easy Company for.

In Germany, Shames was the first Screaming Eagle to enter the Dachau concentration camp, just a few days after it was liberated. He was deeply affected by the experience due to his partially-Jewish heritage. Following Germany’s surrender, Shames and Easy Company secured Hitler’s Eagle’s Nest mountaintop villa. There, Shames secured a few bottles of cognac labeled “for the Fuhrer’s use only.” He would later use the cognac to toast his oldest son’s Bar Mitzvah.

After the war, Shames worked for the National Security Agency and became an expert on Middle East affairs. He also remained in the Army Reserve and later retired as a colonel. On November 6, 2021, the American Veterans Center, at its annual Veterans Conference and Honors program, gave a final toast to Shames and presented him with the distinguished Doolittle Tokyo Raiders Wings of Valor Award. He passed away peacefully at his home on December 3, 2021 at the age of 99. Col. Shames was the last surviving officer of the famous Easy Company.