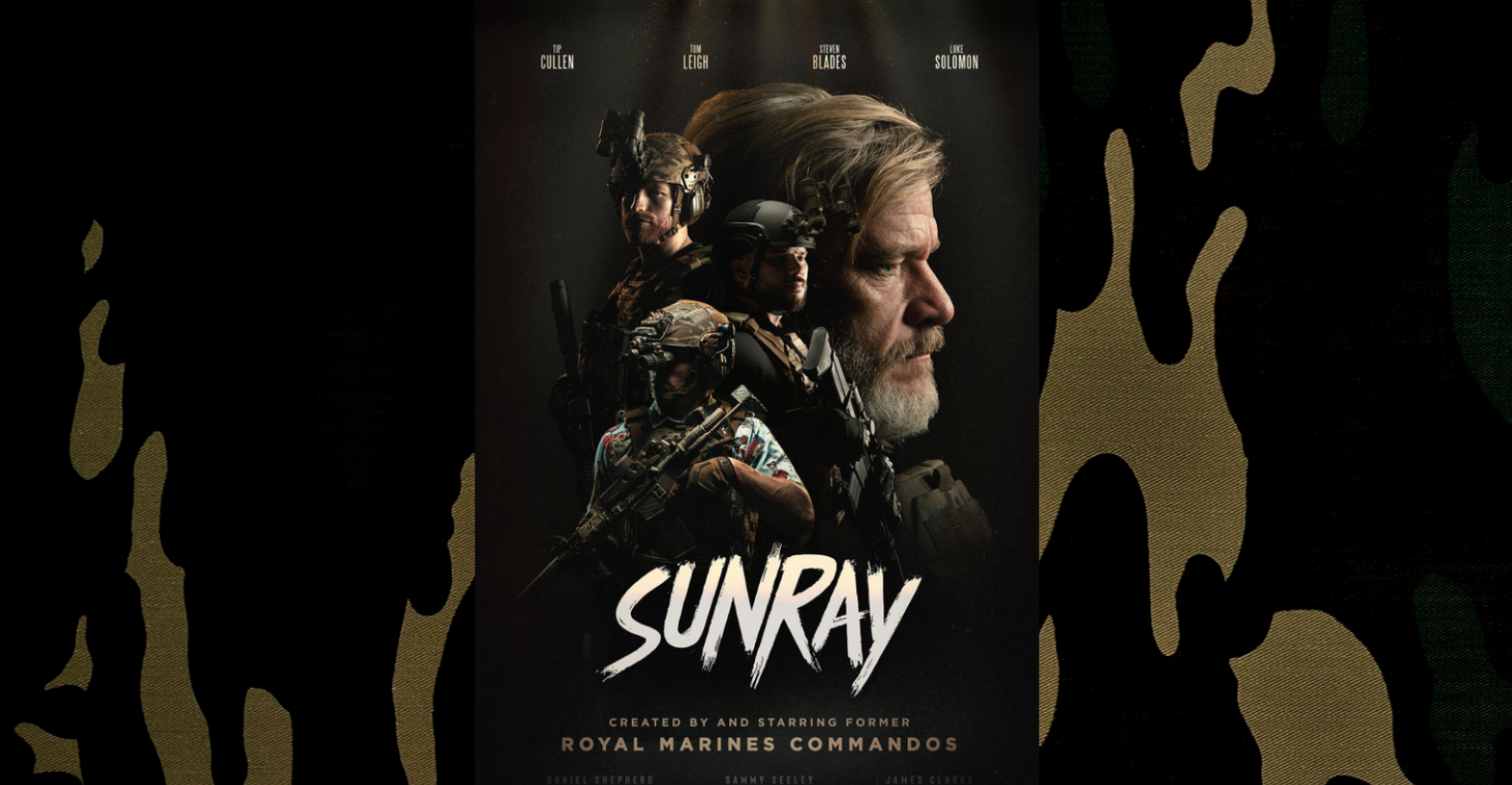 The Sunray Series is a web series created by a cast of former Royal Marine Commandos. WATM had the opportunity to interview them about their fascinating new series based on some of their life experiences. The gents bring a strong sense of realism and the struggles many veterans go through once getting out of the service. The tagline for the show is, “A collective of former Royal Marines Commandos take the law into their own hands as they struggle to reconcile with their past.” The show is described as, “Set against a backdrop of realistic, fast-paced action, guided by high-quality military drills; SUNRAY, is at it’s core a human story. A three-part serial drama exploring the veteran psyche, SUNRAY challenges the perceptions of mental health and the struggles that soldiers face when re-integrating back into civilian life.”

The series goes into some deep subjects that may be interesting and at times shocking for a viewer. The show follows Andy, who, “after dedicating his entire life to service in the armed forces now struggles to slot back into a world he no longer recognizes. He is now forced to confront the death of his daughter following a fatal encounter with drugs. Hell-bent on finding those responsible and with nothing to lose, a violent criminal underworld unravels in his wake.”

Through the interview with Sammy Seeley, Dan Shepherd and Tip Cullen, they shared their experiences in the Royal Marines, their struggles transitioning from active duty back to civilian life, and where they want to go with their careers. Seeley went into depth with his struggles to transition and how the world of directing and the arts is a place for him to deal with his experiences. Shepherd discussed his experience in the RMC deploying to Afghanistan and training the Afghan National Police. After leaving service, Shepherd fell into photography work and found his passion reignited for the arts. Cullen plays the lead in Sunray as “Andy” and joined the Royal Marines in 1986 after attending college and has been just about every rank in the RMC. He spent 29 years in the Royal Marines before deciding to become an Actor. Cullen studied acting with The Actor’s Wheel Company at Plymouth Marjon University. His first theatre performance was in a Theatre Royal, Plymouth production, Boots at the Door playing the role of “Donny.” He then appeared in a further TR, Plymouth ensemble, 18 at TR2; a dynamic “promenade” play working with an energetic and vibrant group of young actors which received critical acclaim for its spirit and originality.

Shepherd shared, “I was a Royal Marine for nine years, and being able to document the lives of other military personnel is something that has been my passion ever since I joined. Deploying and having the ability to experience the weird, the wonderful and the surreal, then documenting the human reaction to that through a lens is the ultimate bounty. To develop those stories in a creative and entertaining way with a cast and crew that has lived it enables a level of emotional and tactical authenticity that is immeasurable. SUNRAY is the human element in its rawest form and a production I am proud to be part of.”

Seeley said, “Having studied film, media and drama from a young age I took the next natural step and joined the Royal Marines aged 20 (pretty sure I got lost on the way to film school). Deploying to Afghanistan I found myself in an alien place, in a land of extremes. This inspired me to pick the camera back up and I haven’t put it down since. After specializing as Recce Operator I continued to grow my military knowledge and experience those things in life that money could never buy. Whilst struggling with my own mental health, on the cusp of losing everything, I began to translate my thoughts to paper, a means of therapy to vocalize the demons niggling within. Fifty Post-It notes later I had the framework of a story, 50 days later I had a script and a supportive team that cared about the project as much as me. Dan and James gave me the support I needed, both brimming with integrity, knowledge and individual skill sets that have complimented the progression of the idea to this point.”

Clarke stated, “Having studied Graphics at university and initially wanting to enter a creative industry, the prospect of taking a desk job for the rest of my life prompted a complete change in direction which somehow resulted in joining the Royal Marines. I spent most of my career in the Corps deploying around the globe with 40 Commando being involved in humanitarian operations in the Caribbean to cold-weather training in the Arctic. I found I couldn’t escape the desire for creativity and looked for a way to merge the travel and adventure of the military with a creative output. I enjoy telling human stories and developing narratives into creative mediums for an audience to enjoy. Working closely with Dan and Sam, it’s apparent we all have our own individual strengths, skills, knowledge and operational experience; this diverse skill set enables us to check all boxes and create something that we believe everyone can relate to.”

Internationally, Cullen has appeared in Blindsighted: a response to Oedipus, playing an elder and blinded Oedipus for the duration of this conceptual adaptation of the plays of Sophocles and Senecas. He performed regularly with The Actor’s Wheel Company appearing in numerous pieces including Shakespeare’s The Winter’s Tale, as Antigonus, for a short regional tour which brought him acclaim on both local and national media. During this period he also performed with The Thespis Project in their Plymouth Fringe production The Wrong Side of Prohibition playing a dual role as Senator Jenkins, a corrupt New York politician, and Owney Madden, a New York Gangster. Tip has also been acting for the camera, being directed by several innovative new local directors. His experiments in “big” films have included supporting actor roles in the following major movies: Kingsman 2: The Golden Circle (in a specialist role, directed by Matthew Vaughn, released in summer 2017), Ready Player One (as a 101 Supervisor, directed by Steven Spielberg). More film projects have included the recent Sky series Guerrilla and an episode of Amazon-Channel 4 series Electric Dreams.