The 6 most insane obsessions of the world’s craziest dictators 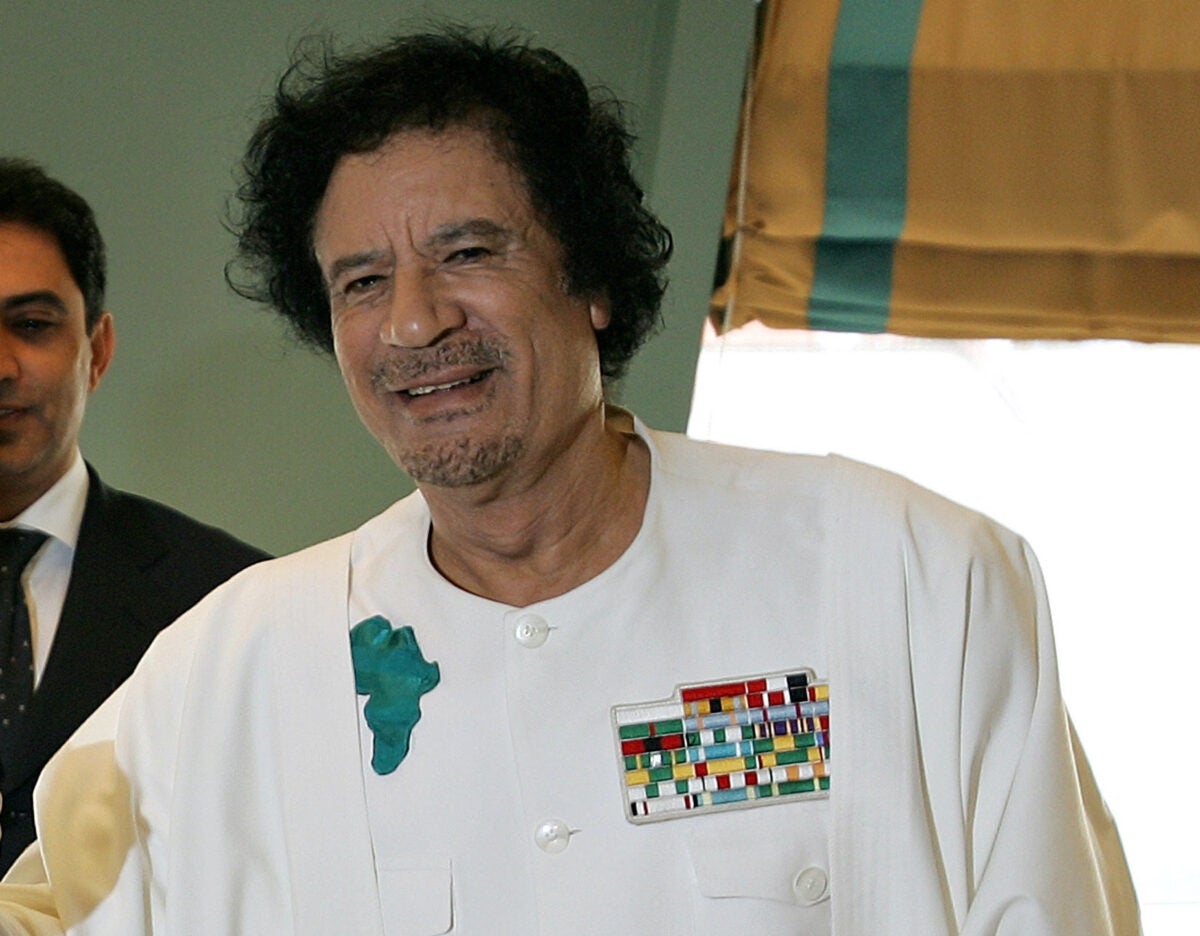 Most of us will never know for sure, but there must be something about absolute power that drives a person absolutely insane. For some reason, the dictators that capture and hold power for decades start exhibiting strange behaviors that definitely weren’t apparent when they were just a simple goat herder (Moammar Qaddafi), weatherman (Joseph Stalin) or doctor (François Duvalier).

Next: The 9 day jobs of brutal dictators

Those obsessions might have been present while they were nobodies, but they definitely got the chance to bloom once they started living life with a cheat code for unlimited money and power inside their own country. Here are a few of the most bizarre obsessions:

While it may surprise no one that a North Korean is obsessed with food, most of them are obsessed with finding food. Former dictator and dad to current dictator Kim Jong-Un, Kim Jong-Il, had no problems finding it, but he was very particular about it.

Legends say he had a team of female servants who would go through each individual grain of rice destined for his plate to ensure they were all exactly the same size. He also demanded that rice be cooked on a fire made from wood from sacred Mount Paektu – 420 miles from Pyongyang.

When he wanted a taste of international cuisine, he had it flown in… brick by brick. To make the perfect pizza, he flew in a pizzeria from Italy. To make beer, he moved a brewery from Germany. It’s a good thing he wasn’t into wings, because the Pyongyang Hooters would be incredibly depressing.

The former doctor and Haitian dictator was a longtime diabetic who suffered a heart attack and went into a coma after an insulin overdose. He recovered, but as he convalesced, he left power with an ally, Clement Barbot. Of course, he soon began to accuse Barbot of trying to steal that power and overthrow Papa Doc. It wasn’t true, but Barbot then actually tried it by kidnapping Papa Doc’s family.

The coup failed and a nationwide manhunt soon began for Barbot. When he couldn’t be found, Papa Doc somehow got it in his head that Barbot had transformed himself into a black dog. So the dictator, despite being an educated doctor, had all the black dogs in Haiti put to death.

Even before he seized power in Cuba, Papa Fidel was known to be obsessed with ice cream. Supporters sent him ice cream cake for his birthday while he was fighting in the jungles. He celebrated seizing power in Havana with a nice milkshake and once ate 18 scoops of ice cream for lunch.

There’s no insane, over-the-top story about his obsession. He did create one of the world’s best ice cream parlors, Coppelia, for the Cuban people, which the government still subsidizes. The closest the CIA ever got to assassinating the Cuban dictator was poisoning one of his milkshakes.

We aren’t saying Stalin was making nude drawings or forcing people to draw in the nude. His obsession was much more specific. He really liked making rude comments on drawings of nude men. It didn’t matter if it was a classical painting or a doodle on a cocktail napkin, he was going to write something on it.

The comments sometimes had nothing to do with the drawings. On one nude male figure, the Soviet dictator wrote, “Ginger bastard Radek, if he had not pissed against the wind, if he had not been angry, he would still be alive.”

Radek was a former Trotsky supporter who disappeared into Stalin gulags. At least the world knows what happened to him.

The Fuhrer was obsessed with the writings of German author Karl May. He was more specifically obsessed with the author’s novels set in the Old American West, featuring a fictional Apache war chief named Winnetou and a German called Old Shatterhand. He even mentions May in “Mein Kampf.”

As World War II dragged on, Hitler still forced his generals, troops and the German people to read the Old West works of Karl May, despite widespread shortages in everything needed to actually make books. He even demanded his generals read it for inspiration in fighting the Red Army.

The Libyan dictator had an obsession with Condi that she described as “weird and a bit creepy.” Of course, she knew about his obsession with her: he made a video about her called “Black Flower in the White House,” complete with an original score by a Libyan composer. Luckily, she wrote in her memoir, the video was not raunchy.

When anti-Qaddafi rebels captured his compound, they found a homemade scrapbook of her in his personal quarters, one that was filled with photos and press clippings. They, of course, showed the world immediately to let the public humiliation of Qaddafi begin.