The Army is ditching the Stryker Mobile Gun System 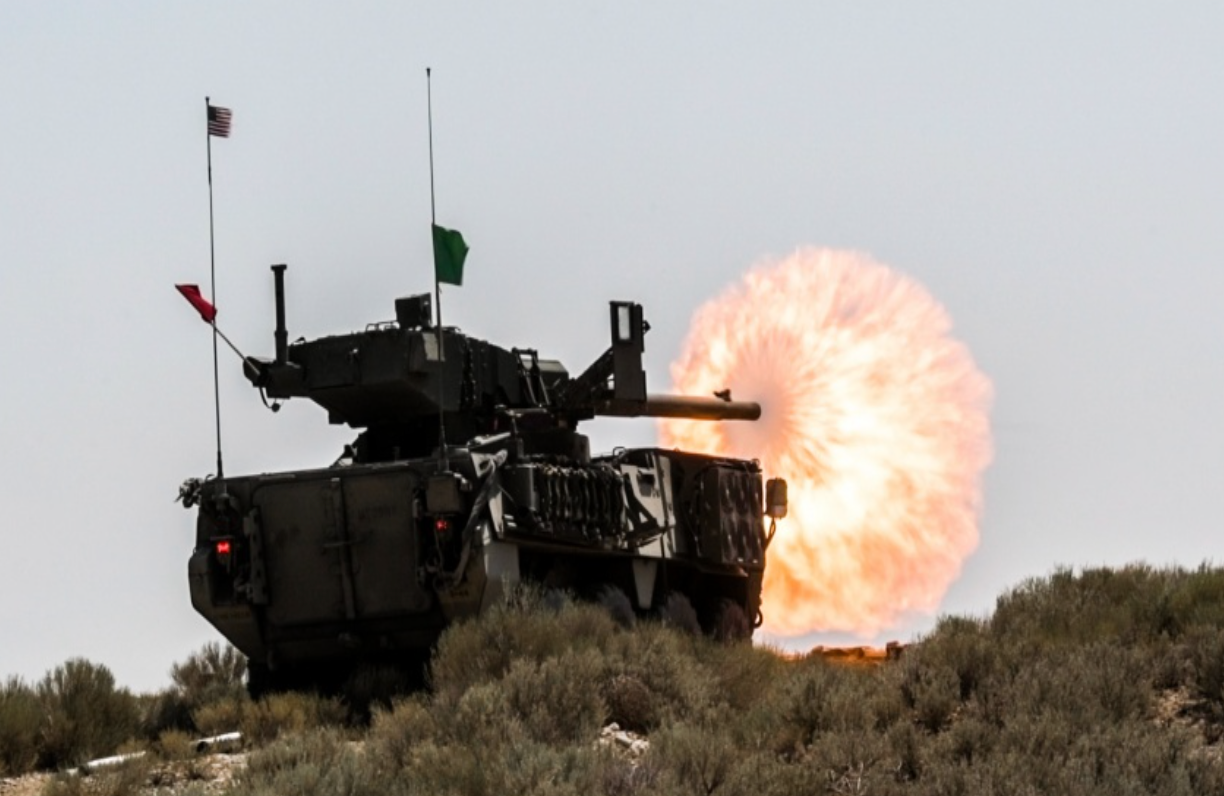 On May 12, 2021, the Army announced the divestiture of all M1128 Stryker Mobile Gun Systems by fiscal year 2022. The decision follows a comprehensive analysis that highlighted obsolescence and systemic issues with the MGS’s outdated cannon and autoloader.

Equipped with a 105mm M68A1E4 rifled cannon, the MGS is capable of dealing with a wide array of threats. Although it is not designed to engage in direct combat with tanks, it is capable of destroying armored vehicles with the M900 kinetic energy penetrator round. Lighter vehicles are addressed with the M456A2 high-explosive anti-tank round. The M393A3 high explosive plastic round excels at destroying bunkers, machine gun nests, and knocking down walls in support of infantry. Finally, the M1040 canister shot is used to engage dismounted infantry. The MGS is also equipped with a coaxial M240C 7.62x51mm machine gun, an M2 .50 caliber machine gun, and two M6 smoke grenade launchers.

Crewed by a commander, a gunner, and a driver, the MGS was designed to increase the firepower of the infantry rifle company. Initially, 27 MGSs were allocated to each Stryker Brigade Combat Team. A standard SBCT rifle company organically operates one platoon of three MGSs to support the company’s three rifle platoons. As of 2017, each SBCT is equipped with three platoons of MGSs and three platoons of ATGM Strykers equipped with the TOW missile system.

The Army purchased a total of 142 Stryker MGSs. However, three have been lost in combat. One of the chief complaints of MGS crews and a major factor in the Army’s divestiture is the vehicle’s autoloader. Although the system is widely used amongst European armored vehicles, the MGS was the first U.S. Army system to be fielded with an autoloader. Since its introduction, the autoloader has been costly and difficult to maintain. Additionally, the Stryker chassis used on the MGS has a flat bottom which makes it susceptible to modern threats like IEDs and improved anti-tank mines.

The divestiture of the MGS will not leave soldiers lacking in firepower. “Decisions on when it is best to divest a system currently in the force are not taken lightly,” said LTG James F. Pasquarette, Army Deputy Chief of Staff, G-8 (Programs). “The Army has done its due diligence to ensure lethality upgrades will remain intact to provide our Stryker formations the capabilities they need in the future.” New projects like the Medium Caliber Weapons System and the Mobile Protected Firepower Light Tank program look to bring enhanced lethality to Army formations. Moreover, existing system like the Javelin and the 30mm autocannon are receiving regular updates to ensure that soldiers maintain every advantage on the battlefield. It’s worth noting that the Army is continuing to support other Stryker variants with upgrades like V-shaped hulls.