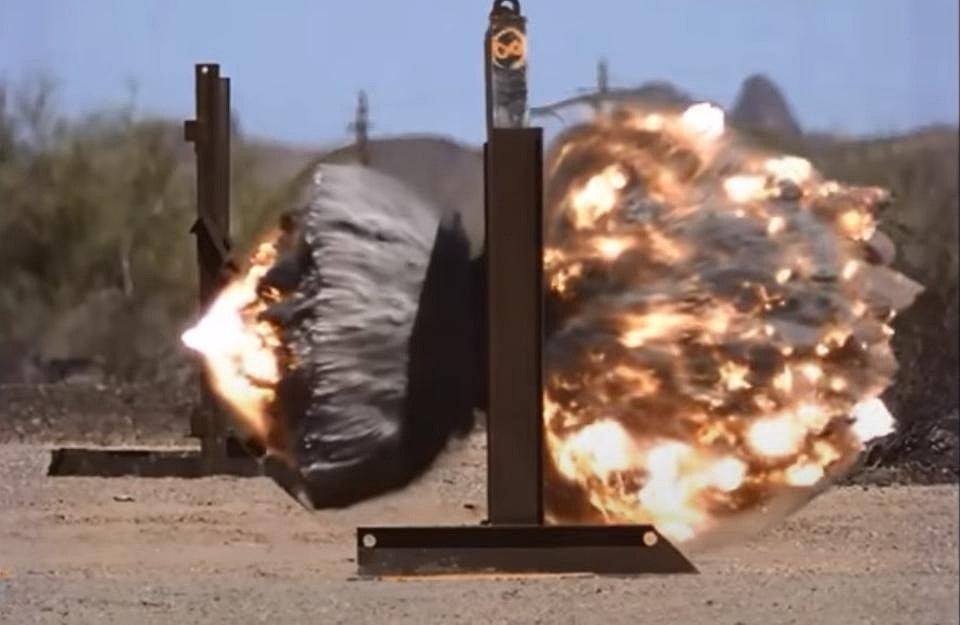 Shooting a target with the appropriate round is key to winning a fight. In Somalia, U.S. troops were equipped with the M855 5.56x45mm NATO round designed to pierce Soviet steel helmets. However, against unarmored militia fighters, the steel penetrator round had reduced terminal effectiveness. Similarly, tanks have to engage their targets with the right type of round. Shooting a tank-killing sabot round at dismounted infantry is a waste of an expensive munition and shooting canister shot at an enemy tank might be the last mistake a tanker makes. The Army aims to simplify this with one tank round that can do the jobs of four.

In conjunction with Northrop Grumman Defense Systems, the Army developed the 120-mm Advanced Multi-Purpose, XM-1147 round. The Army intends for the AMP to replace the M830 High Explosive Anti-Tank Multi Purpose with Tracer (HEAT-MP-T), the M830A1 HEAT-MP-T, the M1028 Canister (CAN) round, and the M908 Obstacle Reducing with Tracer (OR-T) round. With the AMP round, the capabilities of these four rounds are consolidated into a single munition.

The AMP round can be fired in three different operational modes: air burst, point detonate and point detonate-delay. Air burst is ideal for cutting down dismounted infantry and unarmored combat vehicles. The point detonate mode is designed to be used against light armored vehicles, trucks, and walls in support of infantry breaching teams. Point detonate-delay allows the AMP round to penetrate a target like a bunker before detonating for maximum effectiveness. These modes are programmed instantly before firing. This reduces the likelihood of a crew having to switch rounds prior to engaging a target and increases their lethality and readiness.

In 2021, the Army conducted a four-day record test at the Yuma Test Center in Arizona. Two tanks from Charlie Company, 1-8th Infantry Regiment, 3rd Armored Brigade Combat Team, 4th Infantry Division from Fort Carson participated in the test. The crews shot over 90 AMP rounds at simulated anti-tank guided missile teams, massed infantry, infantry fighting vehicles and bunker targets over the course of eight complex modified tank gunnery combat scenarios. “This round is not something to be taken lightly,” said gunner Sgt. Spencer Vanderbilt in an Army statement. “Being able to see and then destroy anti-tank guided missile targets beyond 2,000 meters and then transition immediately to breaching walls or obstacles is an incredibly powerful feeling!”

In addition to increasing the lethality of the M1A2 Abrams tank and the readiness of tank crews to engage a variety of targets, the AMP round will greatly simplify Army logistics. By having one round replace four, requisition, acquisition, and resupply problems will be greatly reduced both in stateside training and on future battlefields.