The history of duct tape and its military ties 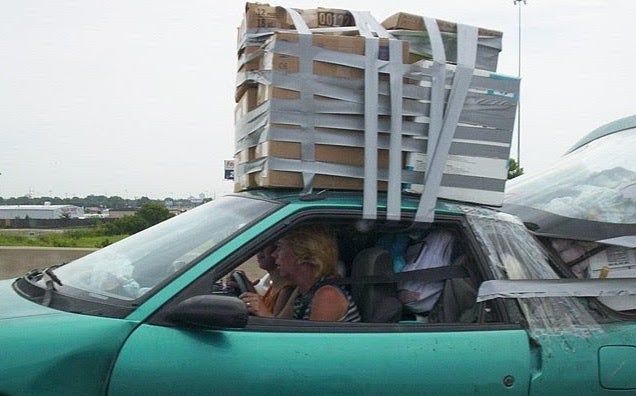 In modern times, duct tape is known as a cure-all. For any number of things that are broken, torn, ripped or met with an untimely puncture, duct tape is brought to the scene as the rescuing addition. It’s even used to build entire structures on its own, from entire playhouses, to surprisingly fashionable prom wear. (It’s a whole thing, Duck Brand even gives out annual scholarships.)

But did you know duct tape got its start in the military? And that it was originally called something else altogether?

The earliest mentions of duck tape — yes, duck, lowercase — stem back to the late 1800s when duck cotton cloth was commonly used to help bind and strengthen. The fabric was wetted and used in many instances, such as shoes and clothing, even on support cables on the Manhattan Bridge.

Over the next few decades, it was used as a more common adhesive, with companies beginning to create versions that were self-sticking and alternate materials of tape, notably masking tape.

Then, in 1943, an ammunition box worker and mother of two sailors, Vesta Stoudt, wrote a letter to then-president Franklin D. Roosevelt. She mentioned issues with opening ammunition boxes quickly and offered a solution in the form of a fabric tape that she herself used. It was duck tape. Her letter was then forwarded to the War Production Board, who outsourced the new adhesive idea to contracting company, Johnson & Johnson. They sent a copy of Stoudt’s letter and a request for the tape to be easily used, secure and have the ability to unfasten and refasten.

Johnson & Johnson worked to create a new type of tape that could be ripped by hand. Their invention was an early form of duct tape. They also coated it with a waterproof plastic outer layer that was olive drab (AKA Army green). Soon the tape was being regularly used by soldiers in any number of instances. On equipment, to fix gear, and yes, to close ammunition boxes.

After World War II, the tape was marketed in hardware stores. By the 1950s, its most common use was taping ductwork, which earned the adhesive two changes. It was then referred to as duct tape, swapping the “k” for a “t,” and brands switched out the olive green for silver to match ductwork.

That led way for the term Duck Tape to be patented in the 1970s, complete with a cartoon duck as its logo, as the original term had fallen out of widespread use. More brands have since created their own versions of the tape, still using the generic duct term.

Today, the product comes in multiple colors and patterns, including neon colors, and options that have glossy and matte finishes. In the United States alone, we spend more than $100 million on the adhesive annually. That’s enough duct tape to stretch out to the moon and back, or reach around Earth’s equator more than 12 times.