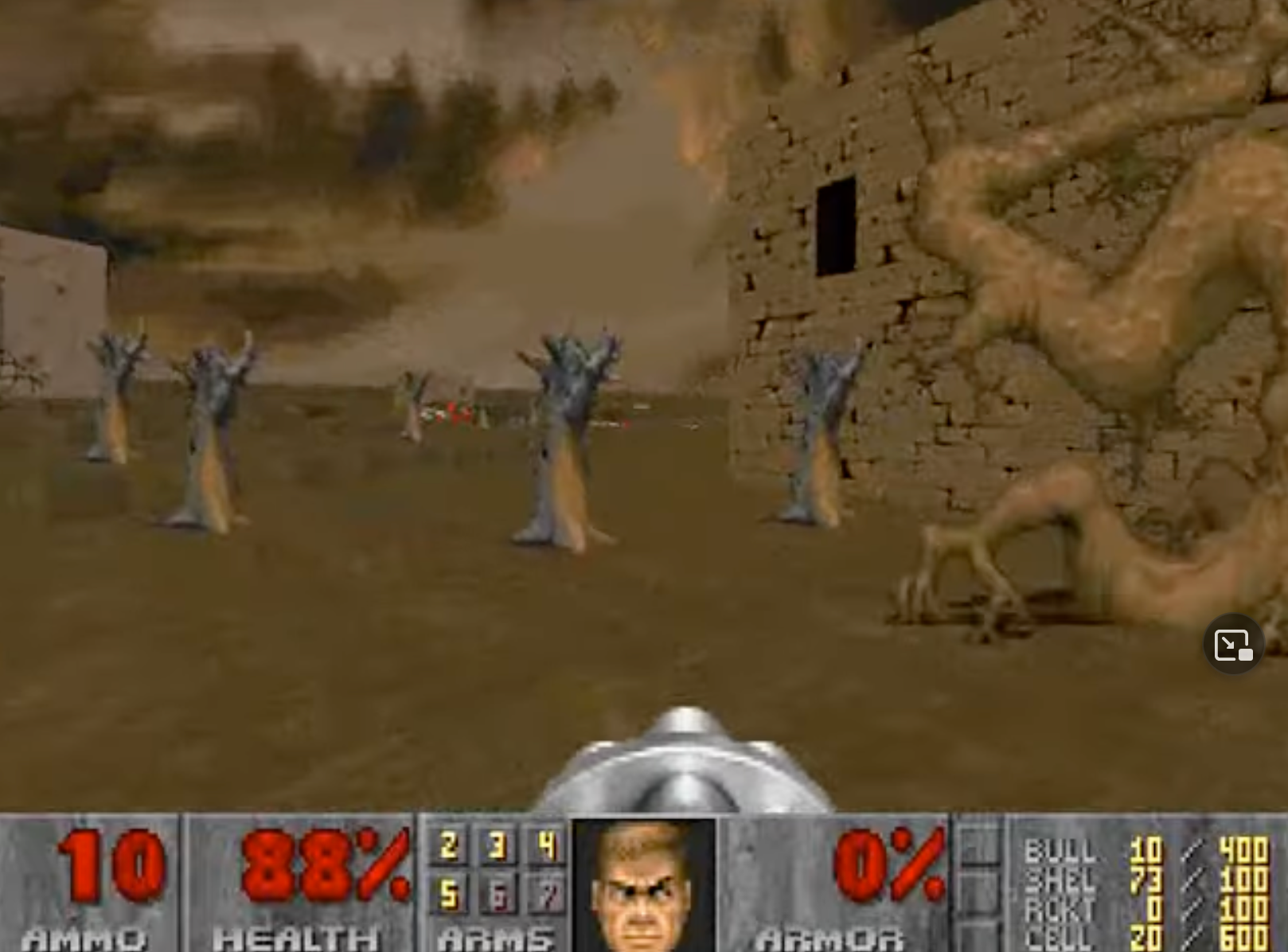 It’s a well-known fact that the streets of Heaven are guarded by United States Marines, but it’s less well-known that the Marine Corps went on the offensive against the legions of Hell.

Gaming and the military have gone hand-in-hand before gaming reached the general public. Gen. George S. Patton conducted a series of wargames before World War II in Louisiana to test the American military’s training, logistics, and other wartime doctrines. The old MILES gear training was a hardcore version of laser tag. The military even created its own video game, America’s Army, as a recruiting tool.

Somewhere in between the development of MILES gear and America’s Army, the U.S. military saw a way to use games and the interest of young troops in playing those games to further its recruitment and training possibilities.The result was “Marine Doom.”

In the game “Doom II,” humans are trying to escape the earth, but demons from hell have constructed a portal that allows them to come to earth. Their first target is the sole spaceport from where the humans are going to escape. The Doomguy, a Marine, has to blast all the demons back to Hell, then enter Hell itself to kill the chief demon and close the portal.

If anyone could do it, it would be the Marines, so why not send them in? The game is one of the most popular games ever made, and versions of it are still played to this day, despite it first being released for MS-DOS in 1993. Marine Corps Gen. Charles C. Krulak noticed Doom II’s popularity and the rise in popularity of other games and decided it should be integrated into Marine Corps training.

Krulak’s reasoning was that the game could teach Marines to work together, and improve their military thinking and decision-making ability. He ordered the Marine Combat Development Command to develop, exploit and approve computer-based wargames to train U.S. Marines for “decision making skills, particularly when live training time and opportunities were limited.”

The Marine Corps Automated Information Systems Office bought a copy of Doom II and used it to create a new version of the game, one that focused on mutual fireteam support, protection of the automatic rifleman, sequencing of an attack, ammo discipline and succession of command.

This means that the new Marine Corps version of Doom required team members to work in tandem for a stated tactical objective (you know, like Marines in a fireteam), use ammunition conservatively (presumably even when using the BFG9000) and be prepared to take command when their team leader goes down.

It also means that just going into a room full of demons and shooting up the place was no longer an option for the Doomguy fireteam, which consisted of a team leader, two riflemen and a machine gunner, who were all operating from different computers in different rooms during gameplay.

The “Marine Doom” mod of “Doom II” also featured less biblical scenarios, instead opting for more realistic missions, ones that Marines are specifically called on to perform in real life. These include scenes like the destruction of enemy fortifications, hostage rescue missions, and embassy defense.

Eventually, word got out that the Marine Corps had created its own version of Doom to train Marines and the “Marine Doom” modification was made available to the public in 1997.