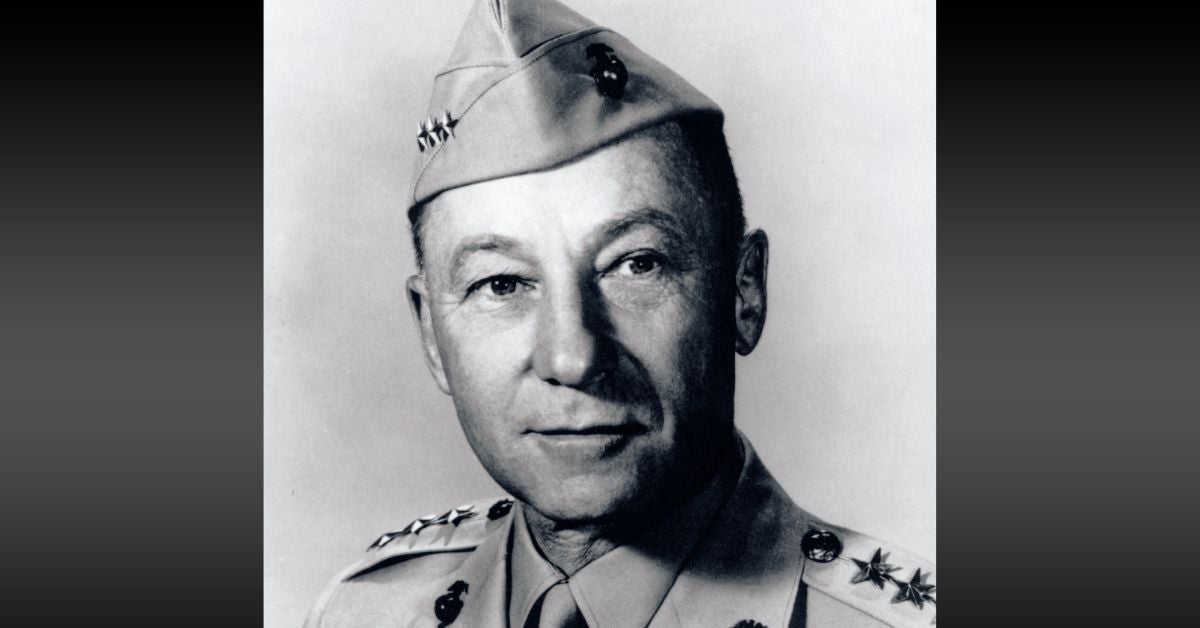 The United States had a secret weapon at the beginning of the Vietnam War, one it chose to ignore at its own peril: Lt. Gen. Victor “Brute” Krulak.

Krulak had been fighting his whole life. Born short in stature, he was barely tall enough to attend the U.S. Naval Academy at Annapolis. His nickname, “Brute,” was supposed to be an insult hurled at him by an upperclassman, but it was one he adopted as true in spirit.

He was a lifer Marine, a veteran of World War II, where he led a diversionary raid while the main attack came at Bougainville Island. He also fought at the Battle of Okinawa. In the Korean War, he landed at Inchon, helped recapture Seoul from the communists, and distinguished himself at the Chosin Reservoir.

If that weren’t enough to establish Krulak’s vision, consider his biggest contribution to the Allied victory in World War II. Before the war ever kicked off for the Americans, Krulak was in San Diego reviewing potential amphibious landing craft. None of the designs ever worked. High gunwales and exposed propellers left Marines in terrible danger during the potential landings to come.

In 1937, Krulak had been transferred to China in time to see the Japanese invasion in real-time. He watched the Japanese landing craft in Shanghai, looking for potential solutions to all his problems. The fixes he found would later contribute to the creation of Higgins Boats, which helped win the war on both fronts.

Krulak’s biggest battles weren’t with the Japanese or the North Koreans, however. The toughest fight of his life actually came from within the Pentagon: his adversary was Gen. William Westmoreland.

Marine Corps-Army rivalry has always run deep, ever since the Battle of Belleau Wood in World War I saw the Marines not only stop the enemy but push the advancing Germans back. The Army notoriously left the Marines out of its memorialization of the battlefield there, a wrong not righted until 1955.

When it came to Vietnam, however, Westmoreland and Krulak saw the situation two very different ways. Westmoreland was brought up in the large-scale combat of World War II and Korea. He wanted to bury as many Viet Cong and communist troops as possible in a war of attrition that would compel the North Vietnamese to bring out its forces and meet the Americans in a pitched battle.

Krulak saw Vietnam very differently. The Marine Corps had been fighting homegrown insurgencies for decades, even before World War II, in places like Central America, the Philippines, and the Caribbean islands. He knew when a situation called for counterinsurgency tactics – and Vietnam was just the place if there ever was one.

Winning in Vietnam meant pacifying the villages of the country, improving the quality of life for the people, thereby releasing them from the communist grip. Krulak wanted the Marines to be a shield for the South Vietnamese, to protect them while they did this civil improvement and taught the villagers to defend themselves. In his mind, the Marines would pacify one area, then move on to another, eventually spreading the pacification like an “ink blot.”

Westmoreland preferred sending Marines out on search and destroy missions.

Khe Sanh was particularly annoying to Gen. Krulak. In his mind, Khe Sanh had no strategic value and Westmoreland kept up constant pressure for the Marines to leave their bases and search for the enemy. Westmoreland believed Khe Sanh was the perfect place for the U.S. to bring its full firepower to bear on the communists.

In conversations with President Lyndon B. Johnson, Westmoreland promised a quick end to the war, using that firepower to fill enemy body bags. Krulak told the president the Marines already had a playbook for this kind of operation (they literally did, the Small Wars Manual, first published in 1935). He told Johnson it would take longer but wouldn’t take as much American commitment.

Johnson, wanting out of Vietnam as fast as possible, opted to take Westmoreland’s approach. Krulak’s “I told you so” moment came in 1967 and was captured on camera. The photo shows the Marine pointing a finger at an obviously uncomfortable Johnson. Krulak told the president that the firepower approach was needlessly killing Marines.

The president kicked Krulak out of the Oval Office and when it came time to choose who would become the next Commandant of the Marine Corps, Johnson passed over Krulak, forcing him to retire.