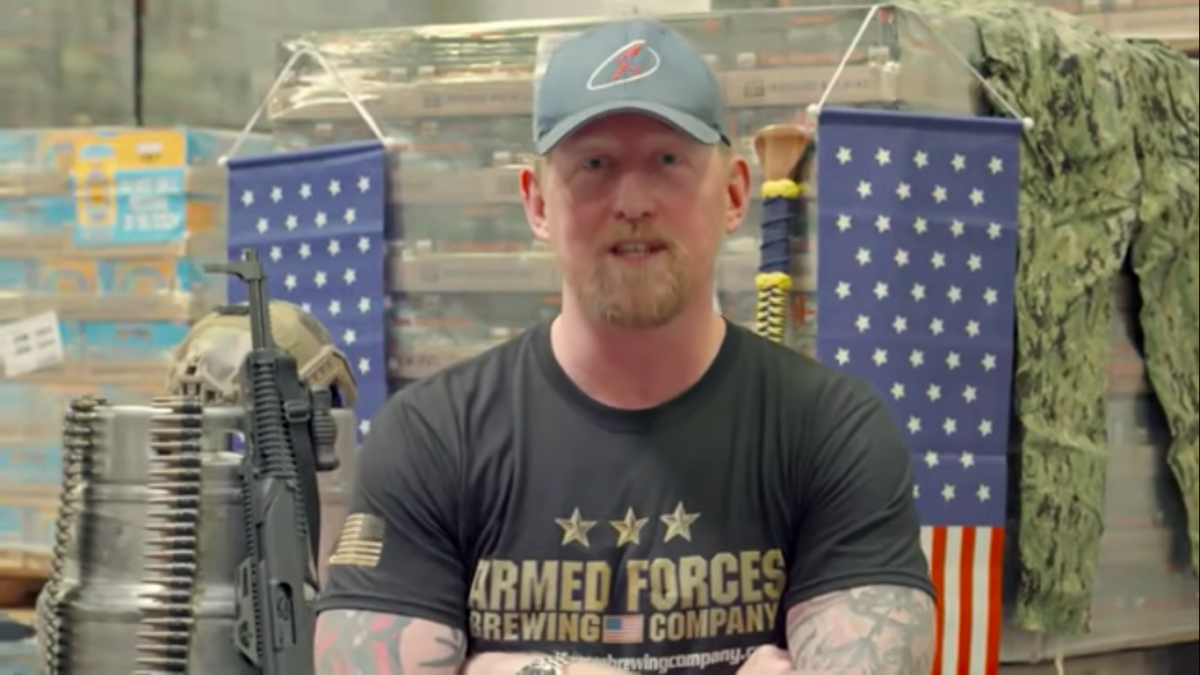 Robert O’Neill, the former SEAL Team Six operator who is credited for firing the shots that killed Osama bin Laden, has a new venture. This time the only “pop-pop” coming from O’Neill is the pop of a beer tab.

He has a pre-IPO investment opportunity for anyone who’s both a fan of the armed forces of the United States and of craft brews: Armed Forces Brewing Company.

O’Neill made a fun, goofy and at times purposely over-the-top commercial/investment pitch video, recently shared on YouTube. The video takes shots at foreign breweries, beer hipsters and more, all to get you to invest in the company.

The former Navy SEAL kills aliens, trashes the competition and even pokes fun at himself, referencing the Delta Airlines flight in which he refused to wear a mask and was subsequently banned from the airline. Have a look:

The new venture is a brewing company comprising three brands: Seawolf Brewery, Soldier Brewery and Airmen Brewery. As of July 2021, only two beers under the Seawolf brand appear on the website. Launched by O’Neill and other special operations veterans, it’s designed to pay tribute to all branches of the military (yes, even the Space Force).

If beers like Special Hops IPA and Cat Shot American Craft Lager sound good to you, then you can not only buy one, you can own a piece of the company. Armed Forces Brewing Company is looking to raise $7.5 million in a campaign to grow its business. With a $200 minimum investment at $10 per share, interested parties can not just get a piece of the company, they can score some fun perks.

According to the investment site, there’s more to the brews than a gimmicky commercial and one of the world’s most famous special operators. The site says its products are brewed by an award-winning brewmaster, that it’s run by successful, seasoned hospitality industry veterans and that there are plans to hire a workforce made up of 70% military veterans.

Right now, the beer is available only in a handful of states but will soon be available in as many as 46. The company also says it’s planning a national expansion and already has a foothold to get three of its beers into military exchange stores.

As for the perks, $200-$499 will get investors an Armed Forces Brewing Company logo stick, challenge coin, a 5% discount online, along with your name on its online wall of investors and an invitation to the company’s annual shareholder event. Other levels offer VIP access at events, early tastings and even the chance to create and name one of the company’s beers.

Perks are all well and good for a casual investor who wants a stake in a veteran-owned business. The biggest question for any serious investor is: is it a sound investment? According to the company’s SEC filing, Armed Forces Brewing Company has some big obstacles:

But there’s no significant reward without significant risk, as Robert J. O’Neill would likely tell you. Armed Forces Brewing Company could become the veteran-owned longshot-turned-competitor, in the vein of great companies like Black Rifle Coffee and Hire Purpose.