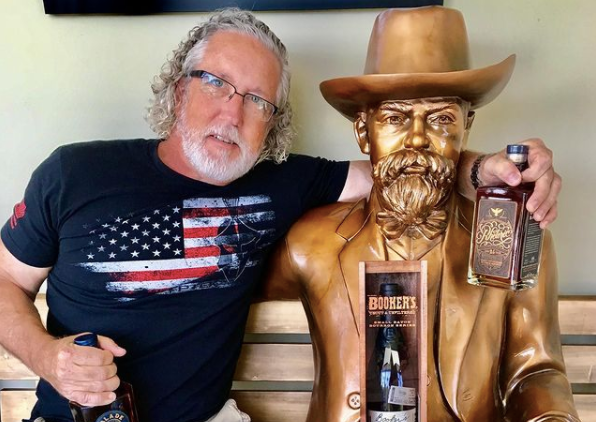 Near Fort Bragg, North Carolina sits BHAWK — that’s short for Brad Halling American Whisky Ko. It’s a whiskey distillery brought to life by its namesake, Brad, and his wife, Jessica, in their goal to honor veterans from Southern Pines, NC. Veterans themselves, the pair knows what it means to serve.

They also know what it means to sacrifice — Brad lost his left leg from the knee down in the now-famous “Blackhawk Down” incident in Somalia. Though the injury left him ineligible to remain on active duty, he dodged Army medical boards, fought for his position, and ended up retiring as a sergeant major, prosthetic leg and all.

Now he and his wife are taking their history of service and sacrifice to a new level: making whiskey.

“Our brands will honor [veterans] as well as private citizens with demonstrated selfless service,” Jessica said in an interview with “The Pilot.”

They also added that the decision to offer whiskey went back to its versatility, and its deep ties to Americanism.

“It is a vehicle to express so many different things,” Brad said. “The joy of promotion, the heartache of loss, the celebration of a change of command.”

One feature to remind the public about the sacrifices of armed forces include the Gratitude Room, a living museum where guests will first enter. Their plan is to tell the story of various labels that are offered at the time, whether that be of a single soldier, unit or beyond, telling the intricate details behind the label’s name. Then, as they swap out for a new flavor, the Gratitude Room will also change to reflect the new piece of history.

One thing that won’t change, they said, is the American Whiskey Company’s emblem, an eagle feather that represents fallen soldiers, as well as “quiet professionals” who have provided their dedication to the U.S. The hand-drawn image shows a simple, fallen feather, as a simple nod to patriotism and those who sacrificed along the way.

As veterans themselves, the couple had long kicked around the idea of brewing as a business, but as laws began to change in North Carolina, they decided it was the right time to open up the distillery they had always dreamed of.

Both joined the military while still in high school, taking on the responsibility at a young age. Jessica served in the U.S. Army until she retired from the Joint Special Operations Command at Fort Bragg. She then began working as a local lawyer in North Carolina. As for Brad, he’s retired from special forces and still works on post as a civilian. He also works as a certified prosthetist.

The distillery, which is still being built, is slated to host a medium-sized distillery plant, a cocktail bar, restaurant, retail space, a restaurant, and an outdoor stage. They will brew and sell their own concoctions of high-end whiskey variations, as well as spirits. Eventually, they plan to add bourbon, vodkas, gin and more.