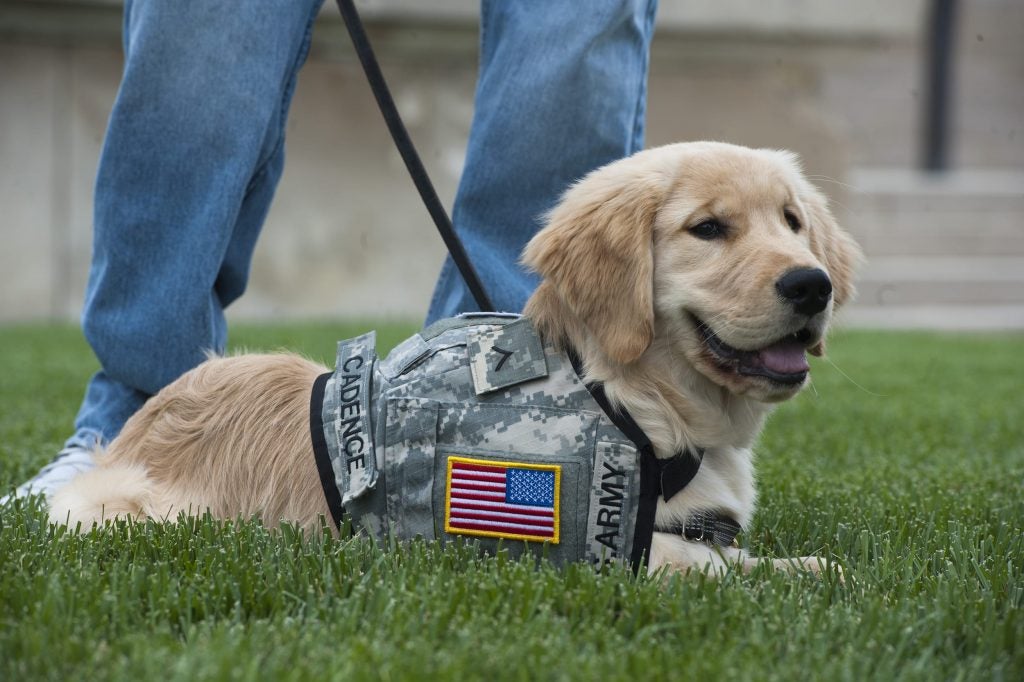 Dogs are a man’s best friend. Even more so, dogs are a troop’s best friend. From Roman legionnaires, to WWII Marines, and modern EOD and Special Forces, dogs have served in the military for centuries. Our canine companions even serve troops after they leave service by providing therapy to veterans suffering from PTSD. The historic PAWS Act allows the VA to direct funding to provide these dogs to eligible veterans.

The aptly named Puppies Assisting Wounded Service members for Veterans Therapy Act was passed in the House in March, the Senate in early August, and signed into law on August 25, 2021. It authorizes the Secretary of Veterans Affairs to create a service dog training pilot program. The program will train service dogs to aid veterans with PTSD.

“This has been a five-year battle to try and convince the federal government that what we do every day is valuable and helps veterans,” said Rory Diamond, CEO of the service dog charity, K9s for Warriors. “They’re finally agreeing and we’re getting a big breakthrough here.”

The five-year pilot program is scheduled to begin on January 1, 2022, with $10 million of funding. It is the first time in US history the VA will pay to provide service dogs to veterans. Previously, veterans seeking a service dog had to acquire one on their own or rely on private charities like K9s for Warriors. The program also allows eligible veterans to receive dog training from accredited 501(c)(3) organizations.

“We commend the White House for supporting this bill as a critical step in combating veteran suicide, and we’re confident in the path ahead for Service Dogs ultimately becoming a covered VA benefit to veterans with PTSD,” Diamond said in a K9s for Warriors release. “In communicating with veterans and their healthcare providers, it’s more imperative than ever to embrace the lifesaving impact of a Service Dog and to raise awareness for this treatment option as a proven method for mitigating debilitating symptoms of PTSD and suicidal ideations.”

K9s for Warriors estimates that over 100,000 veterans could benefit from having a service dog to treat their PTSD. However, they are only able to provide a couple hundred a year. The pilot program created by the PAWS Act will provide even more veterans all across the country with service dogs and work to prevent veteran suicides.