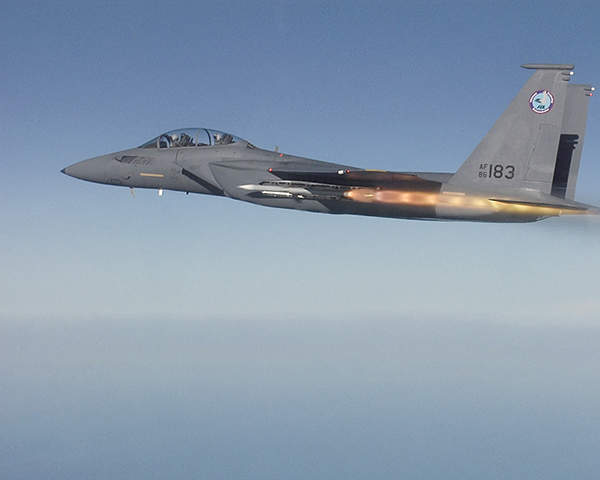 The Boeing (formerly McDonnell Douglas) F-15 Eagle is one of the most successful and combat-proven modern jet fighters. It has scored over 100 confirmed kills with zero losses in aerial combat. Moreover, despite entering service in 1976, the F-15 has been upgraded and kept relevant in the 21st century with variants like the multirole F-15E Strike Eagle. In spite of the advanced F-22 Raptor stealth fighter, the F-15 remains an integral part of the US Air Force’s mission to achieve and maintain air superiority. In fact, Boeing even modified the Eagle into a stealth variant.

In March 2009, over 35 years after the flight of the first F-15, Boeing unveiled the F-15SE Silent Eagle. An upgraded version of the F-15E Strike Eagle variant, the Silent Eagle was developed specifically for export to international customers as an alternative to the F-35 Lightning II stealth fighter. The demonstrator aircraft was modified from the first production F-15E and later completed its maiden flight in July 2010.

The basic design of the F-15SE was similar to the F-15E. However, to achieve stealth performance, new components were added. These included a conformal weapons bay and fuel tanks. By integrating these modules into the airframe, Boeing reduced the aircraft’s radar cross section and made it more difficult to detect via radar. The CWB also had the added benefit of increasing the internal carriage capacity of the Silent Eagle with an additional four air-to-air missiles.

Another change made to create the F-15SE was in the aircraft’s tail. The Eagle’s iconic twin vertical stabilizers were canted outwards by 15° on the Silent Eagle. This angle provided additional rear lift to the aircraft while reducing ballast usage. Overall, it increased the aircraft’s range by 75 to 100 nautical miles. Finally, the Silent Eagle featured a specialized coating on certain components to further reduce its radar signature.

Although the Silent Eagle was designed as a stealth aircraft, it could also be reconfigured into a non-stealth aircraft if needed. Depending on mission requirements, the conformal weapons bay and fuel tanks on the F-15SE could be removed and replaced with non-conformal modules. This gave the end user the ability to configure the aircraft as needed and made the F-15SE more versatile.

Boeing worked with Korea Aerospace Industries to design the CWB for the F-15SE. The demonstrator aircraft successfully fired an inert AIM-120 Sparrow air-to-air missile from the CWB in November 2010. Following successful wind tunnel tests in 2012, the Silent Eagle was marketed to Saudi Arabia, Israel, Japan, and South Korea. However, Saudi Arabia elected to procure the conventional F-15/C/D/SA Eagle fighters while the other countries went with the F-35. Still, the development of the Silent Eagle demonstrated the versatility of the F-15 airframe and affirmed its relevance into the 21st century.