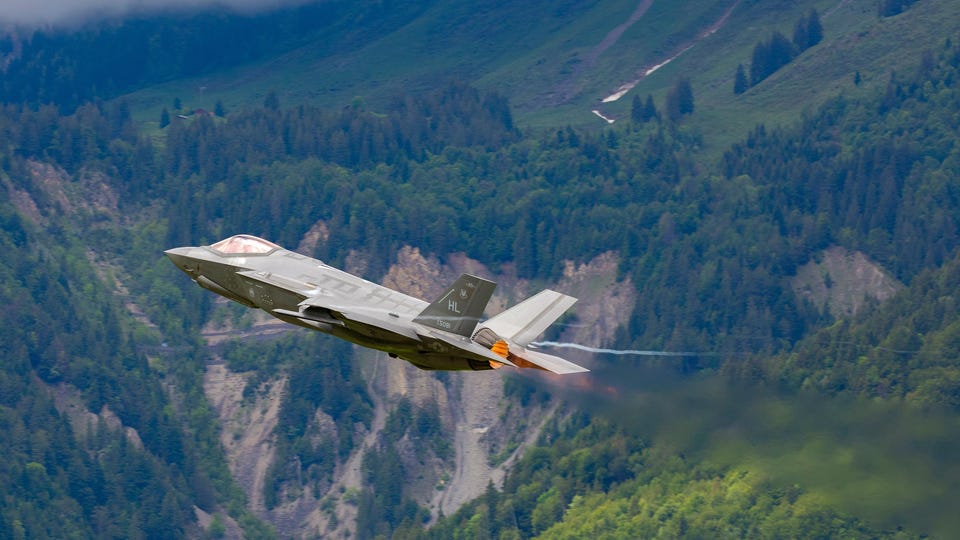 Switzerland is famous for its chocolate, knives, watches and, of course, neutrality. Although Switzerland stays out of foreign conflicts, it does field a world-class military to protect its borders. This includes a powerful air force that flies such lethal fighter jets as the Northrop F-5 Tiger II and Boeing F/A-18 Hornet. Looking to add a fifth generation fighter to its fleet, the Swiss government signed a deal to acquire the F-35A Lightning II.

On September 19, 2022, the contract with Lockheed Martin to provide F-35s to Switzerland was signed following Swiss parliamentary approval the week before. The $6.25 billion procurement deal is for the delivery of 36 F-35s between 2027 and 2030. Switzerland will join other European nations that currently operate the F-35 like Italy and Norway as well as planned operators like Denmark and Finland.

Swiss air doctrine is focused on patrolling the nation’s airspace against foreign incursions. “The F-35 is a multi-role fighter aircraft that is ideally suited to the task of monitoring, protecting and defending Swiss airspace,” Lockheed Martin said in a company statement on Swiss procurement of the F-35. “With radar-evading stealth for air policing and interception, advanced sensors, supersonic speed and range, the F-35 is the most advanced fighter jet in the world- built to ensure national security and sovereignty for decades to come.”

Acquisition of the F-35 was met with resistance by Swiss activists claiming that the advanced fighter was too expensive and more than the country needs, calling it a “Ferrari” option. The group also claims that adding the F-35 to the Swiss Air Force will make it more dependent on foreign supplies and support. Lockheed Martin noted that, “Swiss industry already plays a role in building the F-35, with six suppliers providing components to the aircraft.”

The war in Ukraine enters its seventh month as the Swiss F-35 deal goes through. With continued Russian hostility and unpredictability, more and more European nations are evaluating their defense capabilities and upgrading them in the event of future conflict. Switzerland‘s acquisition of the F-35 demonstrates it resolve to field a cutting-edge air force capable of defending against any and all threats.