Why is the F-22 Raptor fighter jet an absolute beast? - We Are The Mighty

Why is the F-22 Raptor fighter jet an absolute beast? 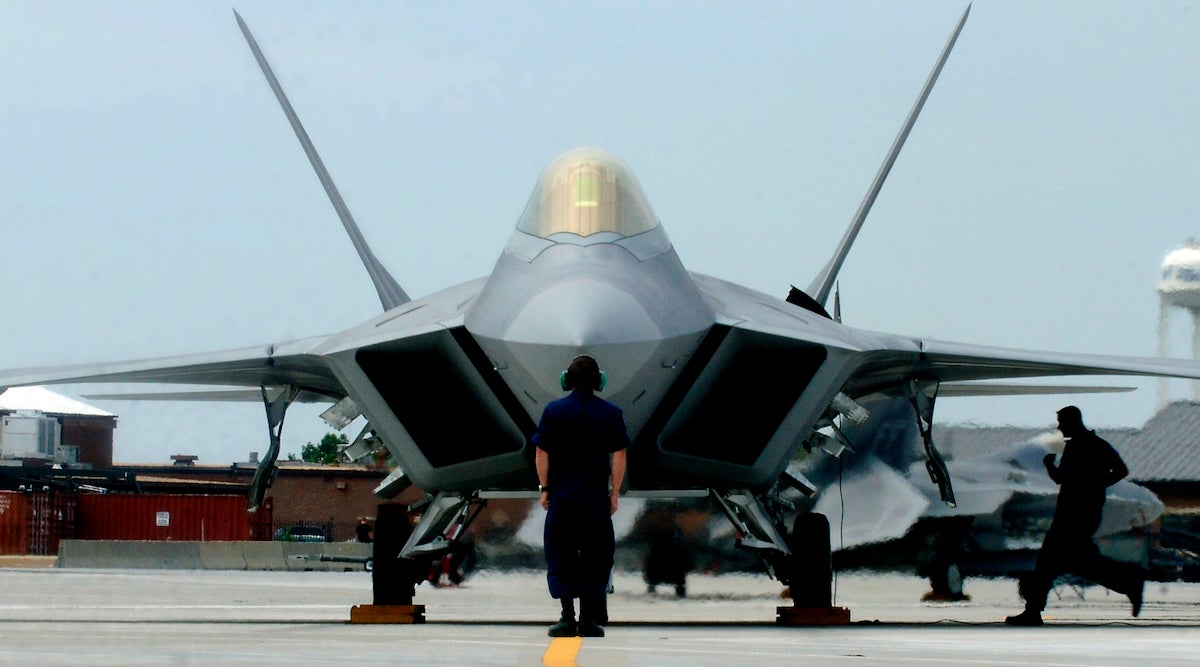 Fighter jet F-22 Raptor leaves nothing to be desired. This fourth generation stealth fighter jet is built to dominate the skies. And it does.

So what makes the F-22 the best and baddest out there? Well, for starters it has sensor fusion and super manueverability. That means that it’s easy to control and easy to operate.

Plus the stealth capabilities are better than anything out there even when compared with other fighter jets. And the F-22 even has supercruise options. That means it can be used for both long and short-range missions. But can it really kill anything in its path?

In this US Military News video, narrator Sam Wilson explores what makes the F-22 so unique and whether or not it can really decimate anything that gets in its way. (Spoiler alert: the answer is YES.)

The single-seat all-weather twin-engine aircraft has air superiority over just about any potential enemy. It can also hit ground targets and has electronic warfare and signal intel capabilities. That means it’s just about as well-rounded as any aircraft ever produced.

Maintaining air superiority is a driving mission of the Air Force, and the F-22 Raptor helps keep American aircraft at the top of the aerial combat food chain. F-22s are generally used in long-range missions but can really be used for just about anything.

The Air Force is always looking forward to potential threats and targets. Back during the development of the F-22, the biggest threat to America was the Soviet Union. The Air Force needed an aircraft that could handle anything. Answering the call was the F-22. After the collapse of the Soviet Union and the end of the Cold War, the F-22 didn’t have a mission.

The F-22 didn’t formally begin flight testing until 1997 as part of the Combined Test Force program at Edwards AFB. Six years later, in January 2003, the first production F-22 was delivered to Nellis AFB in Nevada for initial operational test and evaluation.

By 2004, the F-22 received Initial Operational Capability status. Simulated combat exercises during Exercise Northern Edge in Alaska in June 2006 were completed with 108 “downed adversaries” and no losses.

America is all about air dominance

In 2008, production stopped on the F-22 after less than 200 were produced. It’s also the only aircraft that the Air Force possesses that outmatches late-generation Russian warfighting aircraft. Not only does the F-22 have the capability of reaching long-range targets, but its stealth function means it can enter just about any airspace undetected. That’s incredibly important if America ever needs to face off in aircraft combat campaigns.