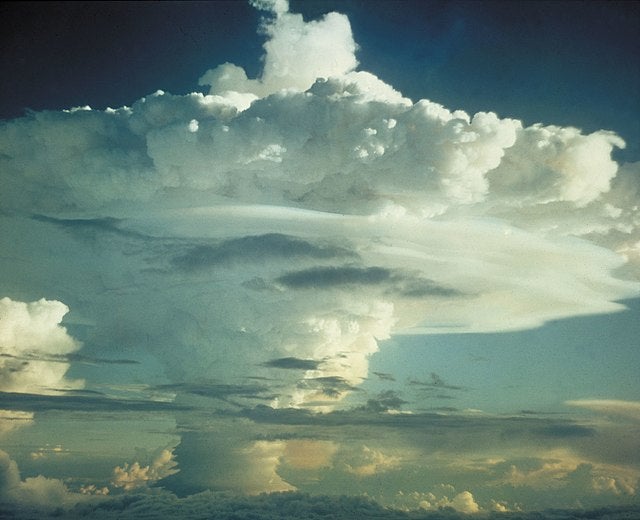 Fat Man: Hiroshima, Little Boy: Nagasaki. To date, these two bombings on the 6th and 9th of August 1945, during WWII, remain the only instance of the use of nuclear weapons during an armed conflict. Their use resulted in the ending of the war on the Pacific front. The immediate casualties are estimated between 129,000 and 226,000, most of them civilians. Follow-up deaths from radiation poisoning, cancer, birth defects, etc., and long-term environmental damage have brought the morality of nuclear weapons into question.

Questions of ethics did not stop the USA, the Soviet Union, the UK, France, China and other countries from developing entire arsenals of nuclear weapons during the Cold War. The US remained the sole possessor of nuclear weapons until 1949 when Russia caught up with the deadly technology. In response, the USA developed the first hydrogen bomb, reputed thousand times more powerful than the nuclear bomb. To date, nine countries are officially in possession of nuclear arsenals and five of them also have thermonuclear weapons. Although they are not used in armed conflicts, they are used as a dissuasion tool to prevent the invasion of said countries as well as their economical interests overseas.

Nuclear (A-bomb) and thermonuclear (H-bomb or hydrogen) weapons are the most powerful weapons in history. But what are the differences between these two types of bombs? The primary difference between the A-bomb and the H-bomb lies in the explosion process at the nuclear level. The A-bomb relies on nuclear fission while the H-bomb is set off through both nuclear fission and fusion.

The H-bomb is said to be the advanced version of the A-bomb. Therefore, it is harder to make but it also produces greater energy. In fission, the nucleus of an atom is split into two or more parts, while in fusion, two atoms are put together to create a third one. In the H-bomb, the fission compressed and heats the hydrogen atoms, leading to fusion. Both simple fission and the combination of fission and fusion release a tremendous amount of energy, which results in an explosion.

Another difference between the A-bomb and the H-bomb involves the material used in the nuclear reaction. In an A-bomb, the fissile material is either enriched uranium or plutonium, while in the H-bomb, both materials are used, in addition to hydrogen isotopes called deuterium and tritium, which are the main atoms involved in the fusion.

Because it combines reactions called supercritical chain reaction and its components, an H-bomb is more difficult to make than an A-bomb. For example, although North Korea recently claimed to have tested an H-bomb, some experts think that the country still lacks the supercomputers necessary for the fabrication of these weapons. However, although more advanced, an H-bomb is also lighter than an A-bomb, which means it could be mounted on missiles, making it more mobile and less obvious.

Nuclear power is one of the main sources of energy in the world. However, its military applications are considered a worldwide threat. The Non-Proliferation Treaty in 1968, followed by the Nuclear Weapon Ban Treaty, signed in September 2017 and enforced in January 2021, are international attempts at regulating weapon-grade nuclear power. However, the nuclear-power countries are not yet ready to let go of their arsenals. As of May 2021, none of the countries in possession of the A-bomb or H-bomb has signed the Ban Treaty. Neither has Japan.

Featured image: Thermo-Nuclear (Hydrogen) device is set off in the South Pacific during Operation Ivy. Operation Ivy test “Mike”, occurred on 31 October 1952 at Elugelab (flora) Island in the Enewetak Atoll. The blast was 500 times the yield of the bomb dropped on Nagasaki during World War II. Wikimedia commons.