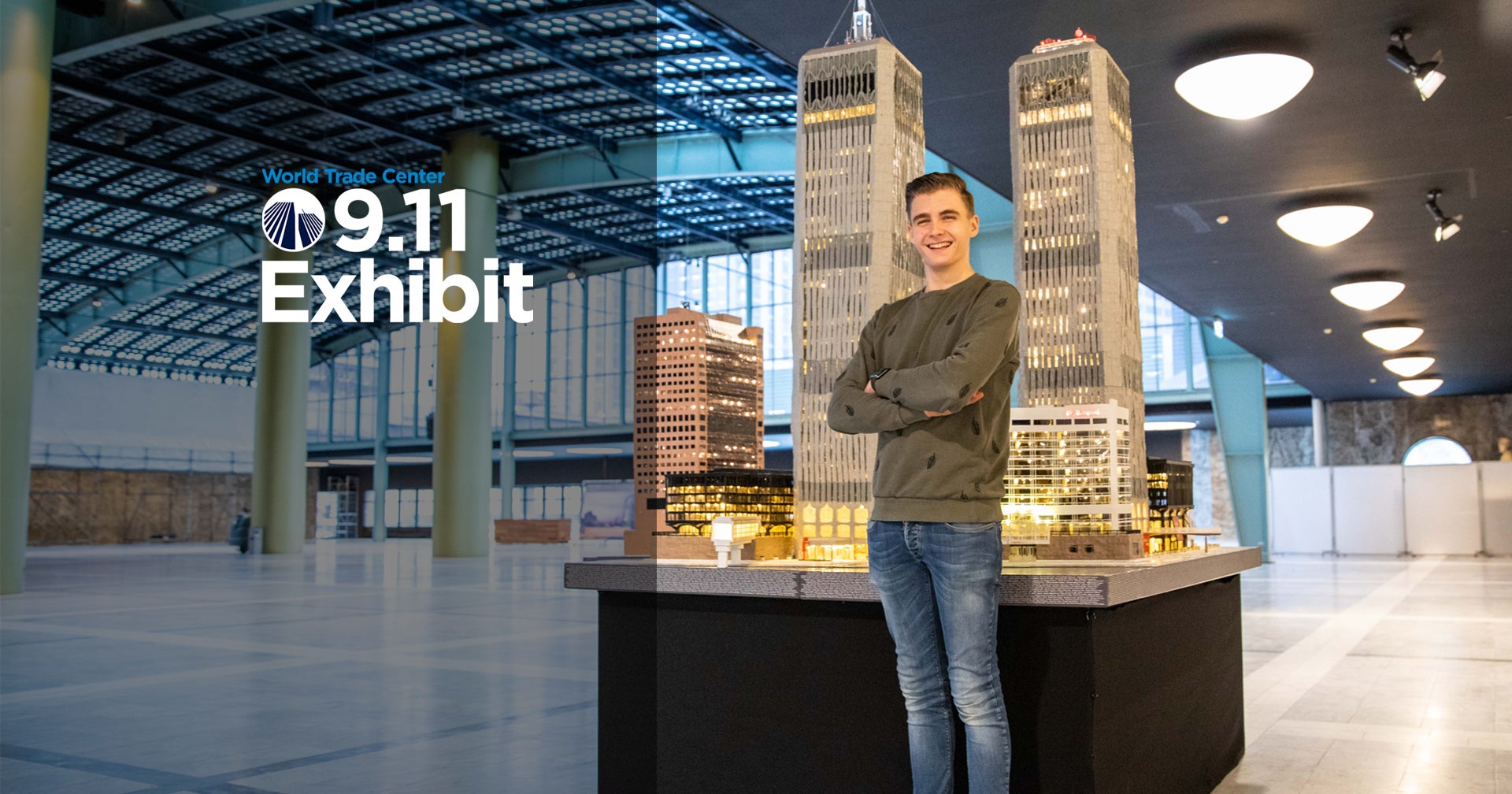 The events of September 11, 2001 changed the United States of America as we know it. However, its impact on foreign countries is often overlooked. When the Twin Towers fell, people all around the world mourned the loss of innocent life.

On that infamous day, Daan van der Steijn was just 3 months old. His mother was feeding him at home in Deurne, The Netherlands when the attacks happened. Of course, Daan was too young to remember any of it at the time.

Ten years later, the van der Steijn family was watching the documentary 102 Minutes That Changed America on Dutch television. The viewing became an annual tradition on the anniversary of 9/11 to commemorate the tragedy. By that age, Daan was more able to comprehend the gravity of the terror attacks. Moreover, he was able to appreciate the heroics of the first responders who climbed the towers and charged into the smoke and rubble.

The van der Steijn family is a firefighting one. Daan’s great-grandfather, cousin and two more relatives served or currently serve as firefighters. With the added personal connection, Daan began brainstorming ideas to pay tribute to the victims and heroes on 9/11.

In 2016, Daan settled on an idea. The 14-year-old had become a talented woodworker and artist. He put these skills to use building a replica of the World Trade Center Plaza as it stood before 9/11. The project took Daan four years, 10,000 hours, and $10,000 of his own money to complete. He spent 30 hours alone typing the 2,977 names of the people killed on 9/11 plus the six who died in the World Trade Center bombing on February 26, 1993, which line the base of the memorial.

Though the project required an incredible amount of time, money, and hard work, Daan was determined to complete it. “The tragedy touched me deeply and it seemed unreal to see two passenger airplanes fly into the World Trade Center and kill that many people,” he recalled. “I wanted to create a project as a memorial to all that passed away.”

In 2019, upon the completion of his memorial, Daan reached out to local partners in the Netherlands to tour it. Appearing first in Daan’s hometown, the exhibit went to several Dutch cities before it began its American tour in 2021.

The American tour coincides with the 20th anniversary of the attacks and is partnered with Honor365, a resource and referral service dedicated to combating veteran and first responder suicide. The exhibit was featured across the country before heading to New York for the 9/11 anniversary.

In 2020, Daan began his own firefighter training at the Dutch Firefighter Academy. Using the same motivation and dedication that he used to build his 9/11 memorial, Daan is on track to become an official firefighter in 2022.