Thomas Jefferson famously edited his Bible based on believability 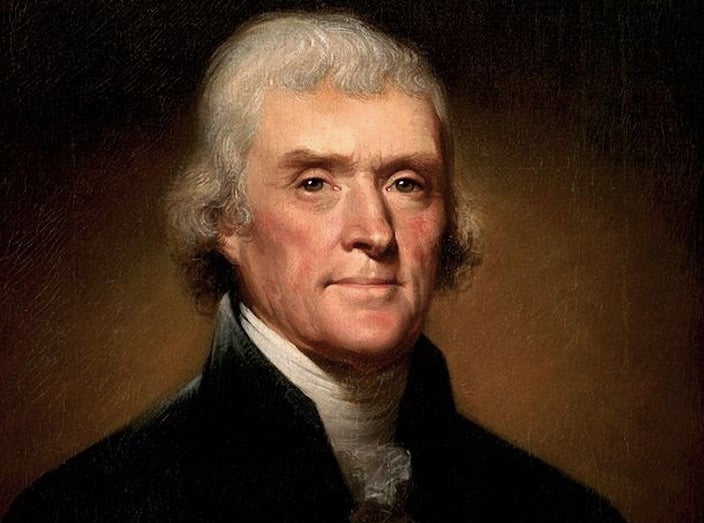 We’ve all read things that we considered to be unbelievable — but how often do you take the effort to alter the entire book? That’s exactly what Thomas Jefferson is to have famously done, not with just any book, but the Bible. In fact, he created an entire version himself — 84 pages that have been dubbed the Jefferson Bible. Today, it’s on display at the Smithsonian National Museum of American History.

Jefferson created his form of the Bible toward the end of his life, after being deeply affected by Enlightenment. At the end of the 18th century, he and other founding fathers were influenced by this intellectual movement, which stressed natural-born rights and focusing on those that had been denied by England and their king.

Thus, Enlightenment caused Jefferson to explore natural rights listed in the Bible, particularly focusing on believability. He also had become accustomed to a deity, in which he believed that God was a supreme being, but did not interfere with everyday life. Therefore, passages of interference had to go.

With passages that Jefferson thought to be untrue or elaborated, he decided to edit them out altogether. The former president did this by using a knife and cutting passages directly off the page. He then filled holes with additional passages about Jesus and his teachings.

Notably, Jefferson removed any and all sections that talked about seemingly supernatural happenings. Any miracles, such as walking on water, turning water into wine, healing efforts and resurrection were all removed by Jefferson. Essentially, if a story was thought to be too far fetched, or if it did not match with his Enlightenment theories, it was removed.

Replacement passages were in many languages, including English, Greek, Latin and French, and pieced together in his red leather casing. Two books were created: The Philosophy of Jesus of Nazareth was made in 1804, but no copies of this were ever found, and The Life and Morals of Jesus of Nazareth, completed in 1820. However, despite spending hours on this project, Jefferson kept the final version — and the entire process — to himself. He only used it when completely alone and to read in silence.

This is said to have been for two reasons. One, editing the Bible — especially with a knife — would have been quite the scandal. Scholars state that, had it been discovered at the time, “it likely would have become one of the most controversial and influential religious works of early American history.”

The other reason Jefferson kept his Biblical work a secret was due to personal beliefs. He thought religion was something to be kept quiet and should not be discussed in public. He wrote to this fact in 1813, a text that was later found with his edited book. After his death, the Jefferson Bible was discovered and studied immensely by religious and history scholars alike. The Smithsonian purchased the Jefferson Bible in 1895 from Jefferson’s great-grandaughter, Carolina Randolph for $400 (about $13,000 in 2021 dollars). At that time the contents were announced and are available today in the public domain.