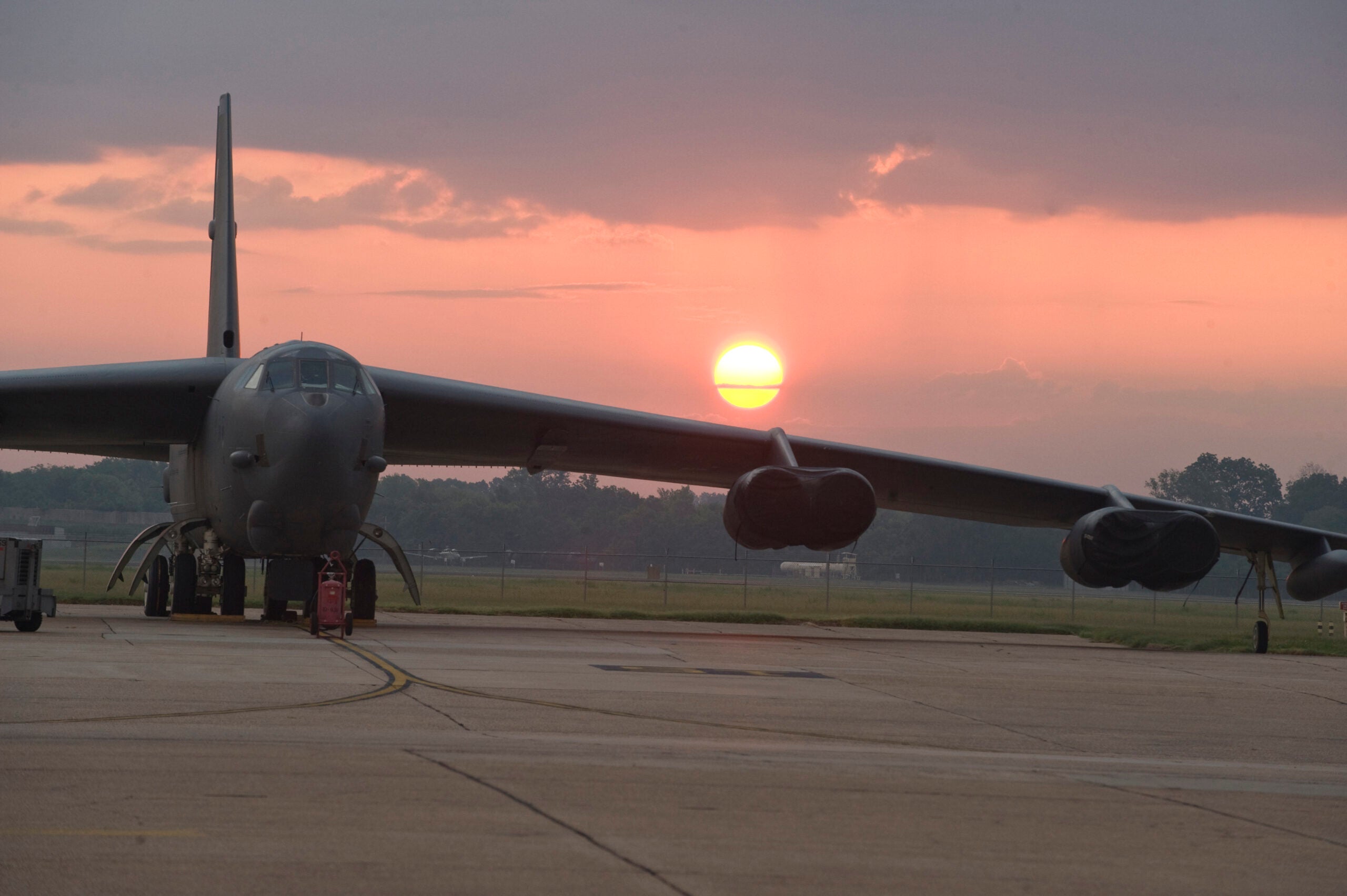 The sun rises behind a B-52H Stratofortress on the flight line of Barksdale Air Force Base, La., July 27. The B-52 is capable of flying 7,652 nautical miles or 8,800 miles without being refueled by another aircraft. The BUFF is classified as a long-range, heavy bomber and is capable of carrying 70,000 pounds of mixed ordnance. (U.S. Air Force photo/Airman 1st Class Micaiah Anthony)(RELEASED).

They sure don’t make ‘em like they used to. That’s something that can be said for most things in modern society, all over the world. For some reason, it seems like everything used to be built to last and whatever we’re doing today just doesn’t measure up.

For evidence of this fact, look no further than the B-52 Stratofortress bomber. Once built to fight World War III not long after the start of the Cold War, the B-52 has managed to stick around for well over 50 years. Now it looks like it might be around for another 50 years after.

When it was first introduced in 1955, the B-52 bomber wasn’t winning any beauty pageants. That’s how it earned the nickname “Big Ugly Fat F**ker,” or “BUFF” for short. But if it’s going to win anything, it’ll win a lifetime achievement award.

The Air Force has built hundreds of these aging beauties, capable of flying more than 8,800 miles on eight turbojet engines without an aerial refuel, dropping 70,000 pounds on an enemy target and then, ostensibly, returning home (with an aerial refuel, of course). That’s a pretty big mission, one only the specially-designed B-52 could fulfill.

On top of that, it was designed to carry nuclear weapons, as part of the Strategic Air Command’s Cold War-era deterrent strategy. These planes stay aloft for hours protecting the northern skies of the United States and its allies.

Its staying power is largely due to its low cost of operation and maintenance, its ability to reliably drop ordnance on any target anywhere in the world and its combat performance – the B-52 has dropped bombs in almost every major American conflict since it entered service.

Like any aircraft that outlasts its expectations, it did require a facelift now and then.

Part of that massive overhaul also included upgrading the plane’s primary capabilities: dropping bombs. Its internal weapons bays were adapted to fit modern JDAM bombs, cruise missiles and decoy missiles. It also got its bomb payload increased by 66%. So today’s B-52 Stratofortresses are smarter, relay more information to and from ground control and are deadlier than ever before.

Now the Air Force is considering giving the B-52 program another major overhaul to the 76 that are still flying today. They’ll be replacing its current Pratt & Whitney TF33 engines (first added in 1966) with new, more efficient ones. Combined with utilizing smaller aircrews, this means the B-52 could fly for more than 100 years, according to a new report from Defense One.

The Air Force says it will be the biggest modernization program in the airframe’s history and will allow the B-52 to outlast its supposed replacements, the B-1B Lancer and B-2 Spirit bombers. It will serve right alongside the Air Force’s newest bomber, the B-21 Raider, well into the 2050s.

Now, with the new modernization effort, the Air Force is going to turn the classic BUFF into a modern bomber of the 21st Century. According to Air Force officials, the B-52’s original design made it the perfect plane to upgrade for range and weapons capabilities. This also made it cheaper to upgrade than to design and build a new aircraft.

They sure don’t make ‘em like they used to.