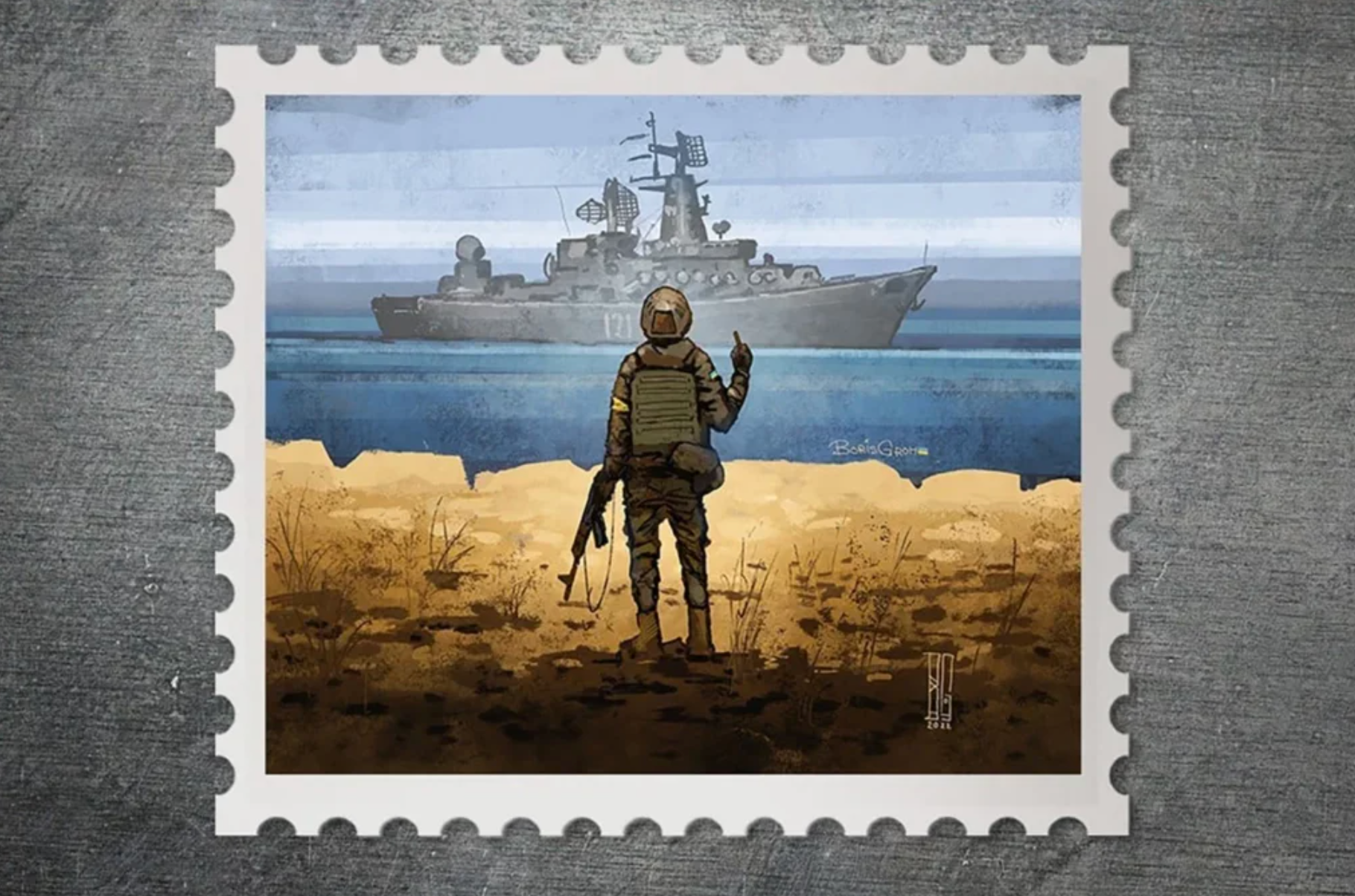 On February 24, 2022, at the outbreak of the Russian invasion of Ukraine, two Russian warships advanced on the Ukrainian-held Snake Island in the Black Sea. The small island, with less than 30 inhabitants, housed a small contingent of just 13 Ukrainian border guards. During the assault, one of the Russian vessels radioed the Ukrainian defenders and proposed that they lay down their arms “to avoid bloodshed and unjustified deaths.” One Ukrainian defender gave the now famous reply for the Russian warship to go f*** itself.

Initial reports following the engagement stated that all 13 Ukrainian defenders at Snake Island were killed. Ukrainian President Volodymyr Zelenskyy announced that he would posthumously award them with the nation’s highest honor, the Hero of Ukraine. However, on February 28, the Ukrainian Navy announced that all 13 border guards are thought to be alive and detained by the Russian Navy. Regardless, the defiant message has become a rallying cry for continued Ukrainian resistance and solidarity from the international community.

The next day, a Russian ship contacted a Georgian ship asking for fuel. The Georgian captain replied, “Russian ship, go f*** yourself.” When the Russians asked what happens if they run out of fuel, the Georgians suggested that they use oars.

On March 1, the Ukrainian postal service launched a stamp design competition to commemorate the phrase. 11 days later, First Deputy Foreign Minister of Foreign Affairs of Ukraine announced that art by Borys Grokh won the popular vote and would be depicted on the stamp aptly named “Russian warship, go f-k yourself!”

One of the ships that participated in the Snake Island exchange was the Russian patrol boat Vasily Bykov. The Ukrainian Navy reportedly lured the project 22160 patrol boat near the coast of Odessa with a smaller vessel. Once within range, a Ukrainian rocket battery on the coast opened fire on the Russian ship. Video released by the Ukrainian Navy shows the rocket barrage followed by the celebration of the Ukrainians when they see the ship ablaze in the night. “We f******* hit them,” one Ukrainian exclaimed. “Russian warship, go f*** yourself!”

Ukrainian Navy officials later confirmed that the ship was destroyed. Follow-on daytime footage reportedly shows the Vasily Bykov in the Black Sea, a towering column of smoke rising from her burning hull.