Top US allies from around the world, based on capability - We Are The Mighty

These are the United States’ top 5 allies from around the world, based on capability 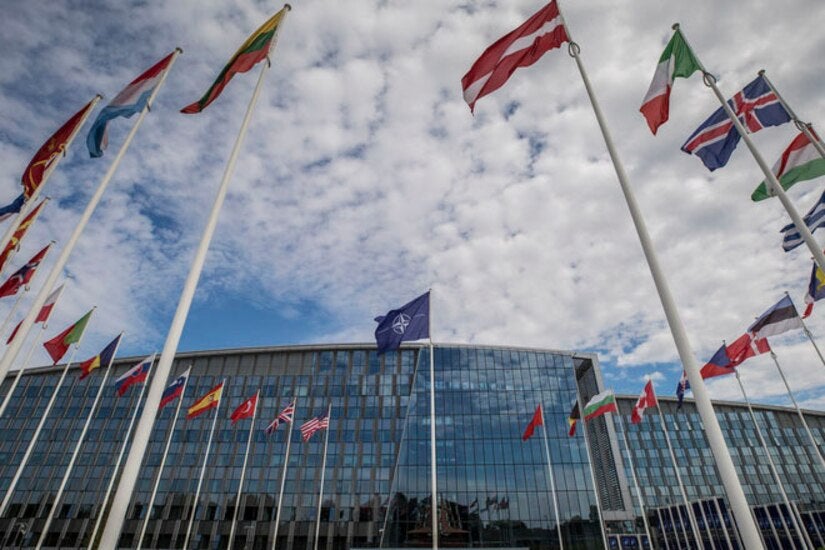 Forget what you read in the news, America is still the leader of freedom in the world. There’s no shortage of allies that have our back, either. Whether the President of the United States is Joe Biden, Donald Trump or Dwayne Elizondo Mountain Dew Herbert Camacho, countries will still be lining up to be on the right side of history.

No matter what the obstacle or threat to freedom the world over, the United States can count on a slew of allies to have its back. They may not all be world or even regional powers, but they are there; ready and willing to do whatever it takes.

It’s a lot more helpful if they’re militarily capable, however, so when these five countries say they’re in, victory comes a lot smoother and faster.

The UK is America’s ride-or-die, and vice versa. There’s a reason we all call our alliance a “special relationship.” Some people will say the United Kingdom is a shadow of its former imperial glory, but those people are fools. If you mess with the queen’s possessions, she’s coming for you, whether you’re fighting in Europe, the Pacific, or – God help you – the Falkland Islands.

The UK was there for America in Afghanistan because they were obligated by article five of the NATO treaty. But you know they would have been there, treaty or no treaty. Even when the intelligence on Iraq was dubious at best, Britain didn’t even hesitate to smoke out Saddam Hussein’s Iraqi forces in Basra. The UK ensured the “Coalition of the Willing” sent a message to America’s enemies: all your base are belong to us.

France gets a lot of undeserved flak for losing World War II (at first). Anyone who goes toe-to-toe with the French these days is fighting an army trying to shake off the perception of being cheese eating surrender monkeys. God help anyone who gets on the wrong side of a Franco-American alliance, because this usually means an empire is about to fall.

There’s a reason France and the United States rarely join forces, because there’s no stopping the pain train the two can inflict on literally any country or alliance. Our two countries don’t often see eye-to-eye on many issues, so teaming up against a common foe is rare these days. When it does happen, however, an alliance between France and the United States means some serious threats to democracy are about to be put in their place.

India is constantly preparing to fight a war on two fronts, most likely between perennial arch-nemesis Pakistan and crouching tiger China. Although the United States maintains an uneasy alliance with Pakistan, the term “frenemies” is much more apt. If stuff hits the fan and the U.S. has to choose sides, the world’s largest democracy is going to be allies with us.

And that just makes sense. India lives in a tough neighborhood but is ready to come out swinging, as they’ve shown time and again. In an all-out war with China, there will be no ally more crucial or more capable than that of India and its billion-plus people, massive submarine force, and mountaineering Gurkhas that are bound to show China what real pain feels like.

The United States has had its geopolitical differences with Israel – and who hasn’t? If we’re talking about living in a tough neighborhood, America’s Jewish best friend has had the hardest time living in one, historically. Israel is the U.S.’ foothold in the Middle East. Israelis can sleep comfortably at night knowing that if, somehow, the Israel Defense Forces gets overrun by all its Arab neighbors, there will be a fleet of United States Marines in Tel Aviv and Haifa in 24 hours.

The United States doesn’t often need the help of outside nations, but if it did, Israel would be the first in line to send troops, doctors, aircraft and whatever else was required for victory. This has nothing to do with America’s unending support for the Jewish state since it won independence in 1948, that’s just how the IDF rolls: no better friend, no worse enemy.

Although it may not seem to be close allies lately, buying Russian S-300 missile batteries and giving up on the NATO alliance’s F-35 Joint Strike Fighter, Turkey has long been a friend to the United States and its interests in a complex area of the world. Ankara allows the U.S. to operate its most devastating air-to-ground support weapon from its shores: the A-10 Thunderbolt II, which helped topple ISIS in Syria.

Most importantly, Turkey is the crossroads of the global east to the global west. It bridges a number of worlds. It’s not only the strategic gateway from Europe to Asia. It’s also the key entry point from the Mediterranean Sea to the Black Sea, and its place in the world allows the U.S. to position key ships, aircraft, and nuclear weapons where they’re most needed.