The 10 most popular fighter planes in service around the world

The 10 most popular fighter planes in service around the world 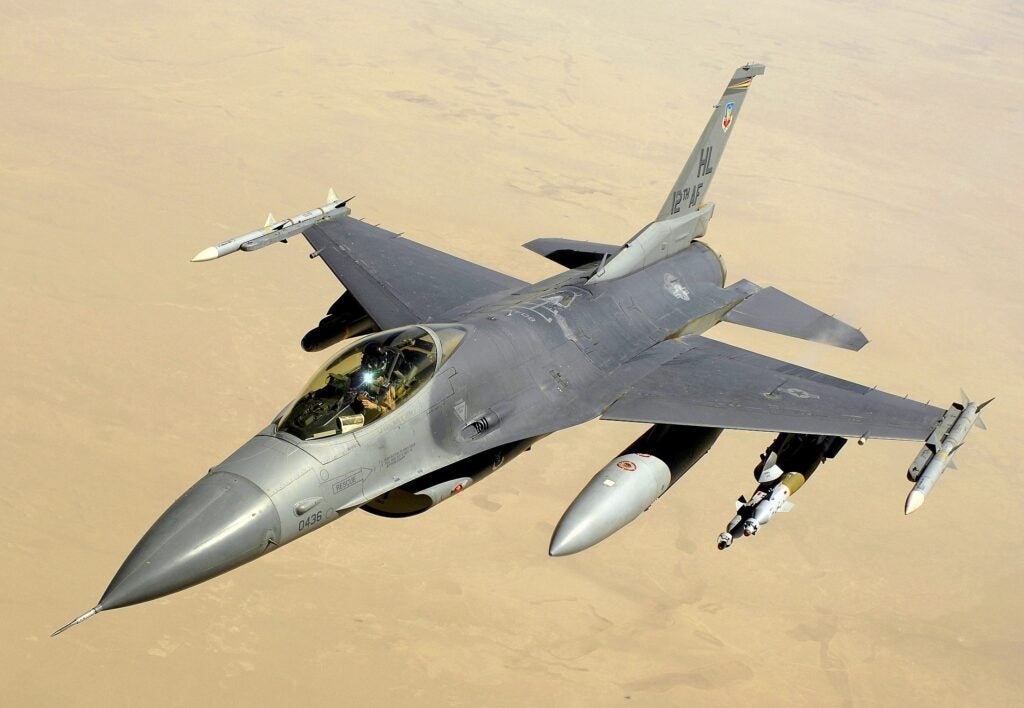 Fighter planes are cool. The success of media, like movies and video games depicting them reflect the public’s love of the aircraft type. But which fighter plane is best? More specifically, which fighter plane do militaries around the world prefer to fly? After all, a nation’s fighter plane has to do more than look good on screen. In addition to speed and maneuverability, maintenance costs and versatility have to be considered. Using data from Cirium, FlightGlobal published their 2023 World Air Forces directory detailing military aircraft fleets around the world, including the most popular fighter planes.

The F-5 is one of the oldest planes on this list. Despite its first flight taking place in 1959, there are still 403 examples in active service. Interestingly, many civilians are familiar with the F-5 for its role as the fictional MiG-28 in Top Gun. The U.S. Navy and Marine Corps continue to fly the F-5 as adversary trainers. However, the light multirole aircraft is still flown as a frontline fighter by countries like Taiwan and Switzerland.

The J-7 is a Chinese license-built version of the Soviet MiG-21. While the J-7 made its first flight in 1966, the MiG-21 first flew 11 years prior. Despite its age, the J-7 remains extremely popular with 444 in active service. Although it is primarily flown by the People’s Liberation Army Air Force in China, the J-7 is a popular export aircraft under the designation F-7. Pakistan and North Korea are two of the largest operators of the aircraft outside of China.

The Su-25 is the Soviet version of the A-10; subsonic, twin-engined and designed for close air support. First flown in 1975, 480 Su-25s continue to serve in active fleets, including the Russian Air Force. In fact, Russian Su-25s underwent a modernization program to keep the aircraft current in the 21st century. Outside of Russia, the Su-25 is predominantly flown by former Soviet states. This has resulted in the aircraft serving on opposite sides of the same conflict, including the 2020 Nagorno-Karabakh War between Armenia and Azerbaijan and the Russo-Ukrainian War.

The Typhoon started as a multinational collaboration between Italy, France, Germany, Spain and the United Kingdom to design an air superiority fighter during the Cold War. However, disagreements and the collapse of the Soviet Union delayed the aircraft’s first flight to 1994. Even then, the Typhoon didn’t enter service until 2003. 522 Typhoons are in active service, including with all of the original collaborating countries except France. It was also adopted by Austria. The Typhoon has also been extensively exported to the Middle East and is in service with the air forces of Kuwait, Oman, Qatar and Saudi Arabia.

Like the Eurofighter, the development of the F-35 was a multinational collaborative effort. Although it was primarily funded by the United States, NATO and allied nations contributed to the program including the United Kingdom, Australia, Canada, Norway and Denmark. 545 F-35s are in active service, with more on the way as existing orders are filled and additional orders are placed. The F-35 made its first flight in 2006 and scored its first kills in 2018 with the Israeli Air Force. Notably, Switzerland placed an order for the F-35 in September 2022 to replace its fleet of F-5s and F/A-18s.

The MiG-29 is an icon of the Soviet Air Force. First flown in 1977, the aircraft remains in production. 822 MiG-29s serve in active fleets. In addition to Russia and former Soviet states, the MiG-29 has been exported to countries including Algeria, India, North Korea and Peru. Interestingly, the MiG-29 now serves in NATO with the Polish Air Force. It was also the aircraft said to be flown by the mythical Ukrainian ace, the Ghost of Kyiv, during the 2022 Russian invasion of Ukraine.

The FlightGlobal report lists 828 F-18s in active fleets. Given this number, it can be assumed that the Cirium data includes both the legacy McDonnell Douglas F/A-18 Hornet and the current Boeing F/A-18 Super Hornet. The former first flew in 1978 and the latter took flight in 1995. Although the U.S. Navy has updated its active fleet to the Super Hornet, the legacy Hornet remains in service with some Marine Corps squadrons. Small quantities of legacy Hornets are also still flown by Switzerland, Finland and Canada (as the CF-18). In addition to the U.S. Navy, the Super Hornet is flown by Australia and Kuwait.

Another McDonnell Douglas product now owned by Boeing, the F-15 made its first flight in 1972. Its performance in 1990s conflicts like the Gulf War and the Kosovo War made it an icon of American air power. Thanks to a robust export market and modernization programs, the F-15 takes the number three spot on this list with 961 units in active service. With its versatile airframe, the F-15 has been converted into a multirole, all-weather strike fighter in the F-15E. Along with export and country-specific variants, the F-15 is flown by the United States, Japan, Israel, South Korea, Qatar, Saudi Arabia and Singapore.

FlightGlobal specifically lists these variants of the Su-27 aircraft family and credits it with 1,187 aircraft in service. Taking flight in 1977 and designed to compete with the American F-14 Tomcat and F-15 Eagle, the Su-27 was later developed into other aircraft. The Su-30 is an improved, two-seat all-weather fighter capable of air-to-air and air-to-surface missions. The Su-34 is a strike/fighter-bomber variant of the Su-27, notable for its side-by-side seating arrangement. Returning to fighter variants, the Su-35 is a further-improved air superiority and multirole fighter. There is also the Su-33 naval defense interceptor variant developed from the Su-27K, though it was not specifically listed in the FlightGlobal report. In addition to Russia and former Soviet states, the Su-27 family of aircraft has been exported to and is still flown by countries including China, India, Venezuela and Vietnam.

Topping the list as the world’s most popular fighter plane, with 2,184 in active fleets, is the iconic F-16. First flown in 1974, the multirole fighter is still in service with the U.S. Air Force. Although the U.S. is no longer purchasing new F-16s, updated versions of the aircraft are still being ordered under Foreign Military Sales. Of the four original NATO partners, Belgium was the largest buyer of the F-16. Outside of NATO, the F-16 and its many variants have been widely exported to countries including Israel, Morocco, Singapore, South Korea and Venezuela.