Why British intelligence officials believe Russian power is in decline 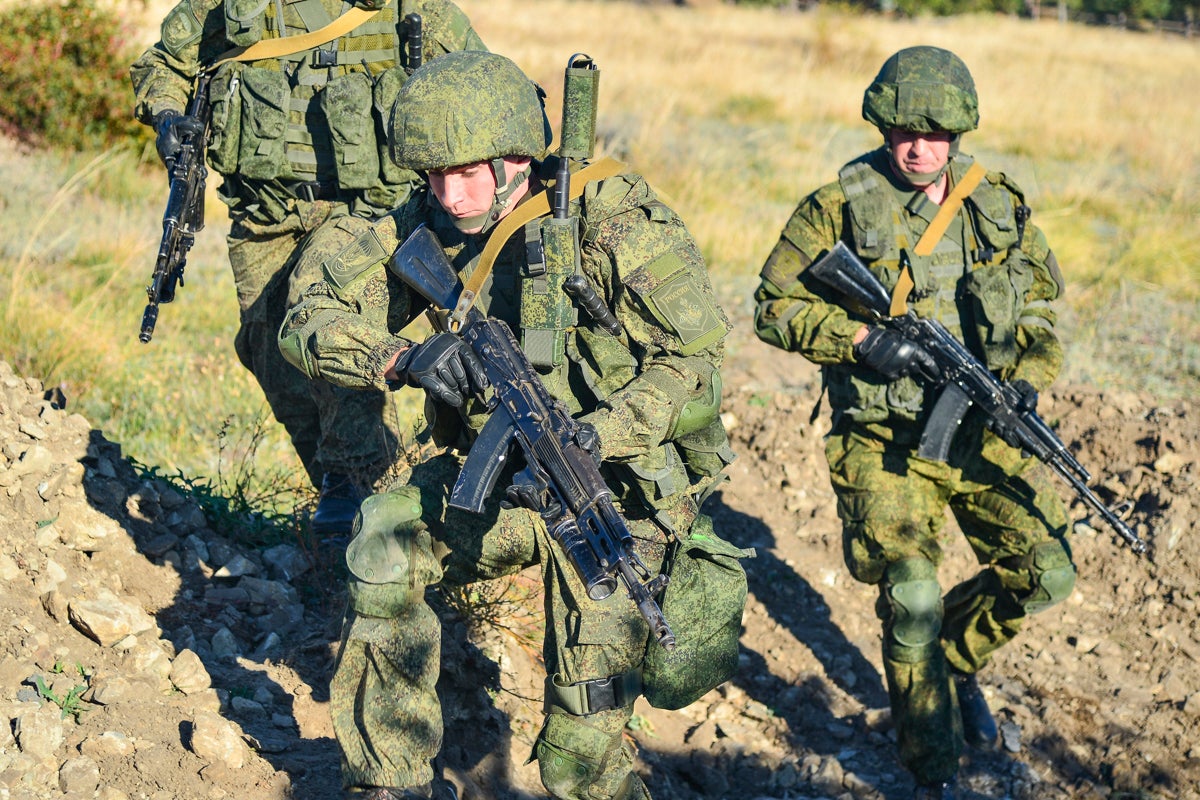 Inspection of the 56th Guards Air Assault Brigade of the Russian Airborne Forces (2018). CC BY 4.0 https://en.wikipedia.org/wiki/Russian_Armed_Forces#/media/File:FinalCheck2018-13.jpg.

Richard Moore hasn’t been the head of the United Kingdom’s Secret Intelligence Service (also known as MI6) for very long, but he has learned one important thing, something he recently divulged to the British people through the London Times Radio.

It’s the first time any MI6 chief has ever given a radio interview and the only one whose identity was ever made public.

While discussing the recent allegations that Russia’s GRU intelligence service destroyed a Czech arms factory, he began talking about recent tensions between Russia and NATO due to the Russian buildup of troops along its border with Ukraine.

“When you get that pattern of reckless behavior, of course you then look at what is happening around Ukraine and of course it worries us,” Moore told the Times.

Russia has since withdrawn 10,000 of the total 30,000 troops in the area in an effort to de-escalate the situation. Moore says the United States and the United Kingdom warned President Vladimir Putin about the damage a Russian invasion of Ukraine would cause, despite it not being a member of the NATO alliance.

He then went on to say that Russian influence and power is in decline.

“Russia is an objectively declining power economically and demographically,” he said. “It is an extremely challenged place. And clearly the treatment of Alexei Navalny, as we saw with the thousands of protesters on the streets of … a number of cities, shows that there is a deal of disaffection with Mr. Putin.”

Alexei Navalny is the most prominent critic of Putin and the Kremlin. The lawyer and anti-corruption activist has been described as “the man Vladimir Putin fears most.” He has been in the custody of Russian officials since returning to Russia after recovering from a poisoning attempt in Germany by the Russian internal security service.

Navalny recently ended a hunger strike in prison to protest his treatment by prison officials. He has widespread support inside Russia.

In response to the Russian buildup, Britain moved two of its ships into the Black Sea area off the coast of both Russia and Ukraine, along with two American ships that made the same move. Both are said to be public displays of support for Kiev by the two NATO allies.

A recent UK defense review order by Prime Minister Boris Johnson listed Russia as Britain’s top security concern. The periodic defense reviews decide how the country will structure its defense posture and how it will allocate money and resources to meet those needs.

The most recent review, finished in March 2021, promoted an intelligence-driven military that could compete with Russian capabilities in warfare that isn’t necessarily conducted on a physical battlefield – also known as “gray zone warfare.” the review also called for the construction of new ships designed to protect underwater communications cables from Russian interference.

This also means that physical battlefield hardware will have to be reduced, including armored infantry fighting vehicles and the vaunted Challenger 2 tank as the British military focuses on data-driven combat.

While the reduction in force alarmed some American military officials, it made sense to many high-ranking officers in Britain. While MI6 believes Russia is a power in decline, recent events show that a large movement of Russian troops shows that the Russian Bear still has plenty of teeth left for the time being. The British simply believe where, when, and how it chooses to use its remaining power won’t necessarily be on the battlefields of Eastern Europe.