7 things your lieutenant is really doing in his office 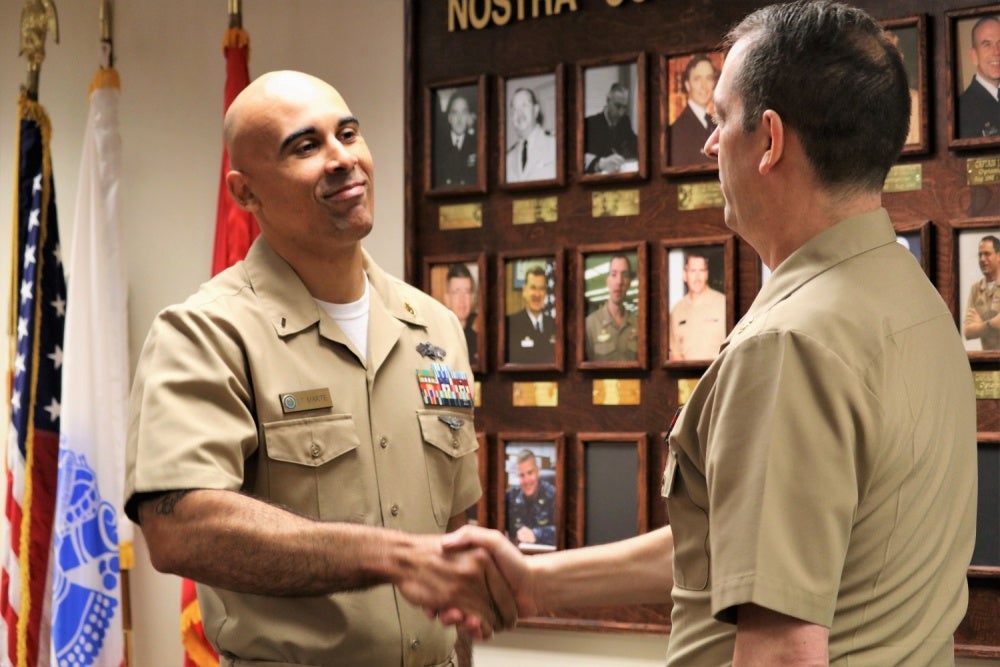 Nine times out of 10, enlisted troops are glad that their lieutenant’s office is far, far away. However, it’s 1700 and everyone has been standing in formation for 40 minutes – where is he? What kind of boot-tenant sorcery is going on in there? Whoever gave him a map and compass needs to be hazed right now. This is what your lieutenant is really doing in his office.

New lieutenants, also known as butter bars and boot-tenants, are at the bottom of the officer totem pole. They may not get hazed like enlisted do but they get messed with like they’re in a fraternity. This one time my Lt. and I were walking into his office discussing upcoming training when he suddenly stops.

This man’s whole office furniture is missing. Suddenly, a burst of laughter from down the hall and he gives chase. There’s giggling until moments later I hear Sergeant Major laying into them like they’re back at The Basic School. If your lieutenant is late and flustered, he may have been pranked.

No judgement here, sneaking a little shut eye during ‘hurry up and wait’ never hurt anyone.

When an enlisted troop avoids an officer it’s because they do not feel like giving a salute. When your lieutenant avoids officers it is because they do not want to get dragged into a long-winded conversation with the colonel. You only see the higher ups briefly; they’re stuck with them all day long. Lieutenants will try to interrupt and break contact but the salty ol’ major wants to finish his story about bass fishing first. Meanwhile, the company commander walks in and wants to share his two cents. It becomes an infinite feedback loop of small talk he cannot escape – because they’re in his office.

Yes, just like everyone else they own phones and play video games on them. That’s why your leave still isn’t approved.

5. They’re catching up on paperwork

Between getting messed with, held against their will and sitting in endless briefings they still need to do their job. The operations officer wants a roster of everybody who needs to qualify on the rifle range within the next three months, the company executive officer needs a map and five paragraph order for the upcoming field op, the S-4 needs a roster of how many MREs to order, etc. That’s why they’re a pain when it comes to turning information over to them.

They would rather be with the troops or go to gym but there may be time crunch. That’s why they’re always so eager to hover around the platoon, otherwise it’s burpee time.

Lieutenants have to set the example of how the gear should be packed — unless there is a company or battalion Stand Operating Procedure, guideline, on how thing should be squared away. He’ll likely be there with the platoon sergeant taping every strap, quadruple checking the packing list, and weighing the pack for good measure.