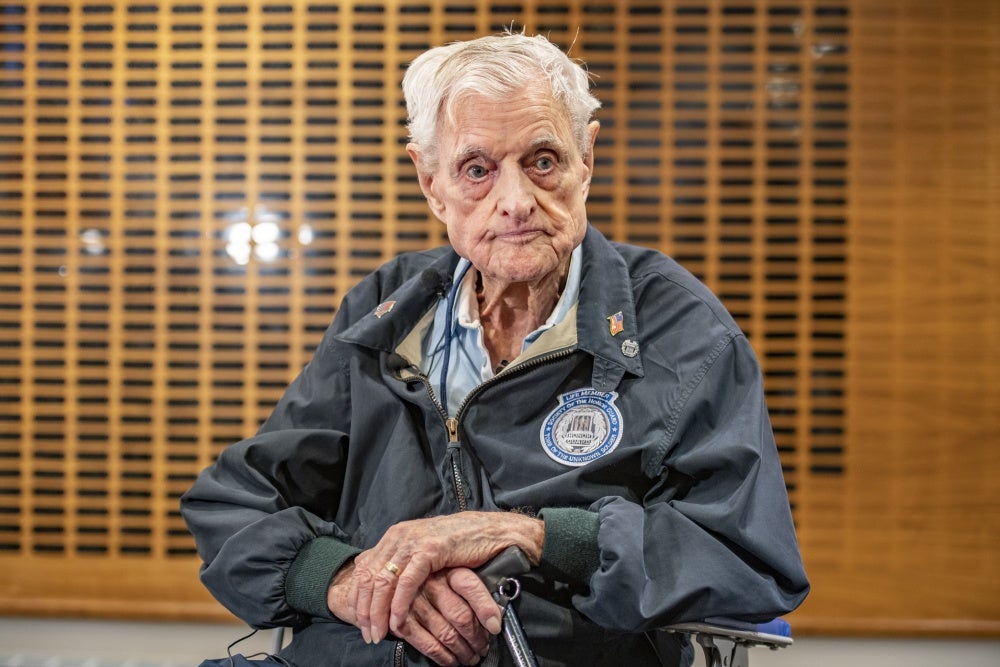 Jack Eaton enlisted in the U.S. Army in 1937, the same year the Tomb of the Unknown Soldier started being guarded 24 hours a day, 7 days a week. His height and the excellent skills he displayed in training got him selected to be one of the first Tomb Sentinels, guarding the Unknown Soldier at Arlington National Cemetery.

In 2019, he was the oldest living Tomb Sentinel, and he made a visit to the remains he once guarded day and night. Even at 100 years old, he could remember that the precision and the strict discipline of the current guards hadn’t changed much since he walked the same beat.

“Guarding the Tomb of the Unknown Soldier was a very important part of my life,” Eaton told DoD News.

Except, he says, the changing of the guard occurred every two hours back then, as opposed to every one hour now. Eaton said the Army made the change so that more visitors to Arlington would have the opportunity to catch it.

There were other significant changes in the years since Eaton was a Tomb Sentinel. Today, the guards have a barracks under the cemetery amphitheater to sleep in while on duty.

“We didn’t have that underground facility back then,” he said. “We were stationed at Fort Myer.”

Eaton’s name is on a plaque along with the other volunteers who guarded the tomb over the years, his time on watch came before the 3rd Infantry Regiment, “The Old Guard,” took sole responsibility for posting guards in 1948.

Since that time, The Old Guard has only accepted the best of the best volunteers from the Army. They must pass a rigorous training regimen, pass a series of tests that focus on attention to detail, and face 200-point uniform inspection. They can be booted from the training for just two uniform infractions.

Eaton’s enlistment ended in 1940. But the Japanese attack on Pearl Harbor and World War II brought Jack Eaton back into the Army. Eaton returned to where he was stationed while guarding the Tomb of the Unknown Soldier, nearby Fort Belvoir. His old commander remembered him and sent him to train as a welder in Washington state.

After training, Jack Eaton was sent to England, where he and a teammate were assigned to repair heavy machinery used to repair runways on Royal Air Force airfields. The machinery, he says, broke down a lot.

As the Allied advanced against the Axis and moved into Western Europe, Jack Eaton moved with them. He was in France and Germany as the United States moved westward and the war ended.

He left the Army in 1945, along with hundreds of thousands of other men, eventually starting up a profitable residential window business that allowed him to retire at age 55.

“My advice for service members these days?” he said. “Honor the pledge you took, do the best that you can, don’t shirk your duty. And try to do better every time.”

Eaton sadly passed away at age 101 in 2020 after contracting COVID-19 before hip surgery in Burton, Michigan.