A former Cambodian soldier has dedicated his life to clearing landmines 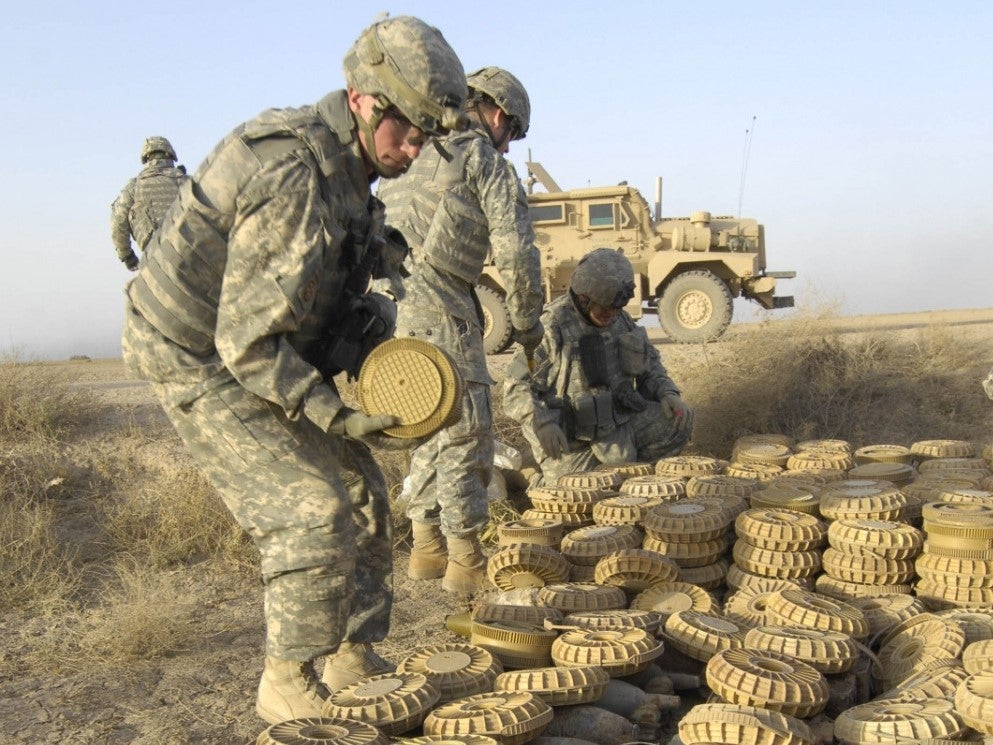 In the 20th century, Cambodia saw more than its fair share of war and conflict. In the United States, we may be familiar with U.S. incursions into the country from neighboring Vietnam during the Vietnam War, but the conflict didn’t end with the U.S. withdrawal.

The years that followed brought the rise of the brutal dictatorial regime of Pol Pot and the Khmer Rouge, along with an invasion by neighboring Vietnam. All of them laid landmines as a means of defending their wartime gains.

Over the course of several decades, the estimated four to six million mines laid in the country have been all but forgotten – except by the people who still live there.

An estimated 4,320 people were killed or wounded by landmines in 1996. Around 20 years later, that figure fell to just 77. International efforts from the United Nations and Japan work to reduce minefields along the country’s borders, mines remain a threat to those local in remote areas, area where living off the land is part of their daily lives.

Cambodia has set a goal of being free from mines by 2025, and one former child soldier is determined to do everything he can do personally to free his country from the terror of the mines.

Aki Ra was born in the early 1970s (he doesn’t know exactly when) to parents who were murdered by soldiers of the Khmer Rouge. Almost as soon as he was strong enough to carry equipment and weapons, he was trained by the armed forces of Cambodia as a soldier.

When neighboring Vietnam invaded Cambodia, it not only ended the Khmer Rouge’s genocide against its own people, it toppled the government. Aki Ra was captured by the Vietnamese and forced to fight against the dictator’s forces. When the new government was formed, he enlisted as a soldier in the Royal Cambodian Army.

“I had [bad] feelings, because sometimes we were fighting against our friends and relatives,” Aki Ra told the Journal of Conventional Weapons Destruction. “I felt sad when I saw a lot of people were killed. A lot of people were suffering from landmines. [But] I did not know what to do, [because] we were under orders.”

He was trained to place landmines along the Cambodia-Thailand border. More than a decade later, Aki Ra found himself attending school for the first time in his life. Now, he was learning to remove mines. When a UN peacekeeping force arrived in the country in 1991, he helped clear as many as he could.

After they left, he no longer had the specialized equipment they used to clear minefields, but he still had the skills of a minelaying soldier. Using his bare hands, a stick and a knife, he began his work of making the country safe for his people.

Using these hazardous methods for more than a decade, he finally worked to get accredited international demining training and explosive ordnance disposal certification at the

International School for Security and Explosives. Once he had that, he could establish his own organization, which he did in 2008.

The Cambodia Self-Help Demining organization he founded not only works to help remove the mines, it also trains others to go out into greater Cambodia to do more work to that effect. Eventually, he started collecting the detonated and harmless landmines he and his workers have dug up over the years.

That collection is now the foundation of Aki Ra’s Cambodia Landmine Museum and Relief Facility in Siem Reap, Cambodia. There, visitors learn about how the mines got there, how they are removed, and for a small fee for entry, help pay for the removal of even more mines.

“We must all do what we can to educate our children and make Cambodia a safe country again so that Amatak (his son) and all children can really live forever,” he says.