The legacy of Andy Marckesano: A Green Beret with a giant heart - We Are The Mighty

The legacy of Andy Marckesano: A Green Beret with a giant heart 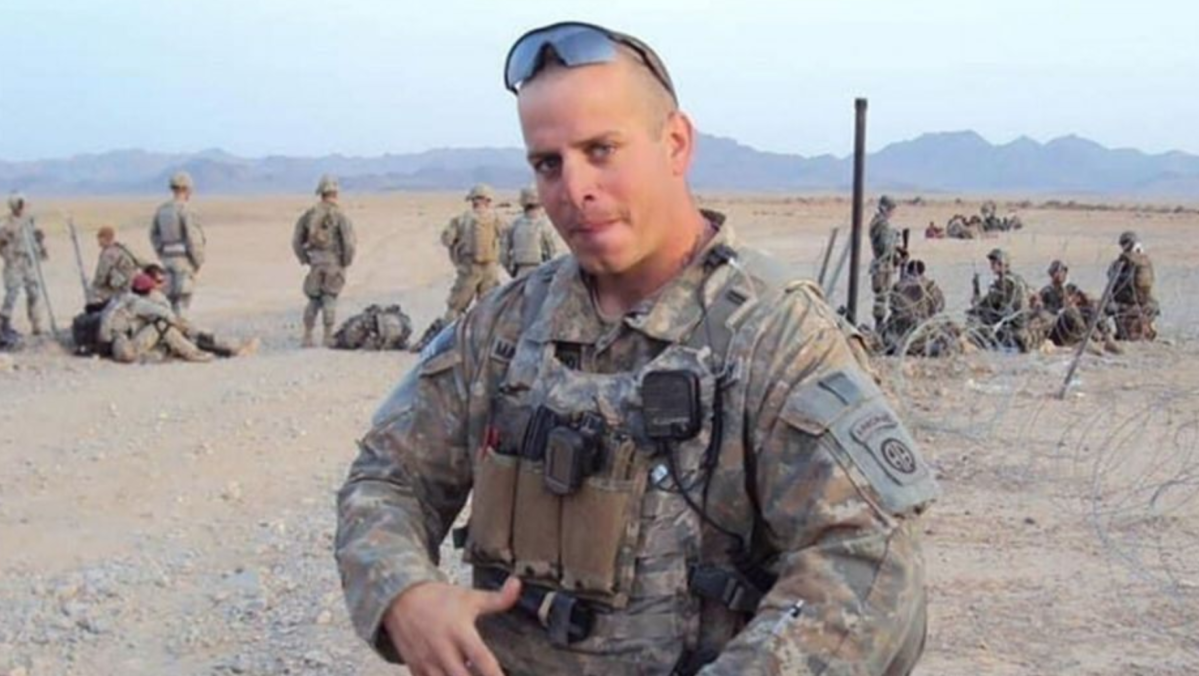 Editor’s note: This article discusses veteran suicide. If you or someone you know is struggling with depression, suicidal ideation or are in crisis, please ask for and get the help you deserve. The Veterans Crisis Line offers free, confidential support for veterans in crisis and their families and friends. Call the Veterans Crisis Line at 1-800-273-8255 and Press 1 or text 838255.

Andrew “Andy” Marckesano was a Green Beret and Silver Star Recipient. He was also a father, husband and deeply complex man struggling to come to grips with his service and life.

His wife of several months, Erin Marckesano, didn’t want to date him initially. An active duty soldier herself, she said the reputation of Special Operations Forces made her nervous. “He convinced me to let him take me out on a date and that was it. Andy was it,” she said with a smile. After nine months of dating they were married.

Erin shared that people who saw Andy on the street were probably terrified of him. Big, burly and tattooed, he could make people nervous pretty easily. “Once you had a conversation with him though, you’d realize he was a big teddy bear. He was so concerned about everyone else. He was loyal to a fault, to the point where he didn’t pay attention to himself,” Erin explained.

Andy loved his family and friends. He had an infectious personality and was always messing with his guys. Despite his big personality and loving nature, Erin noticed that his big blue eyes were sad. It’s something she told him on their first date. “People saw this change in him over the last couple of years,” she said.

In 2009, Andy was a part of the 82nd Airborne and 75th Ranger Regiment when he was deployed to Afghanistan in the Arghandab Valley to replace a unit that had sustained heavy losses. At the time, it was the most dangerous region of the war. Friends of Andy’s reported that it was a deployment he never truly got over.

In 2020, Andy got a once-in-a-lifetime opportunity to take an impressive job at the Pentagon; it was something he couldn’t turn down. But the job came at a cost. Andy’s ex-wife would get primary custody of his three children in a different state and it was the first time a deployment wasn’t responsible for keeping them apart.

“Going to a new job, leaving his family and kids. It was during COVID and you could see the stress,” Erin said. But, “You could ask his friends and family, he was the happiest they’d ever seen him. There was no downward shift or spiral. That’s the hardest part for all of us,” Erin shared. But there was a change.

Three days after arriving in DC, Andy took his life.

Later, Erin went through Andy’s things and read his personal writings. The struggle of a man trying to reconcile his faith with the things he did in the war appeared to weigh heavily on Andy. “You see this internal conflict. He was trying to fit all of this into a puzzle and it doesn’t go neatly. He was very smart and very complex,” Erin said. “It’s okay to not be okay. No one has this puzzle put together. I think that’s what he was struggling with, all of these complexities. I know he felt loved… I just don’t know that it’s enough.”

It’s with that thought in mind that the Green Beret Foundation established The MSG Andrew Marckesano Suicide Prevention Fund. Executive Director Brent Cooper shared that Andy’s suicide in particular appeared to hit the Special Forces community especially hard. He was someone that outwardly had it all squared away, but now, we know, he didn’t.

“The matter of military and veteran suicide is a deeply nuanced, sensitive and constantly evolving issue,” Cooper explained. “At the Green Beret Foundation, our objective is to ensure that every Green Beret and Green Beret family member suffering from mental health challenges has access to all necessary avenues of treatment and care.”

Statistics show that many troops returning home from combat turn to alcohol as a means and method of coping, rather than addressing the root of their stressors. It’s something that Erin saw firsthand. “If he would have just paused for a millisecond, it never would have happened. If he could have for one second taken a deep breath, it wouldn’t have happened. If he could, I imagine him after, thinking, ‘What did I just do?’” she shared through tears.

One of the hardest things for Erin is seeing the continuous emails and messages from other soldiers still coming to Andy’s phone, even after his death. “They are saying things like, ‘I understand and I know why you did it, I get it.’ But no one knows their pain, they are telling Andy … That’s why I think it’s so important, what the Green Beret Foundation is doing. Andy wasn’t the only one. He was just the only one that day,” Erin explained.

For Cooper, this mission is personal. “Our goal is to leave no Green Beret or Green Beret family member behind, affording them the necessary care to enjoy meaningful and fulfilling lives free from the shadow of suicide,” he said. “We approach this matter from a holistic perspective, considering mental health care and suicide prevention to include treatments and therapies which may address other underlying concerns, such as substance abuse, post-traumatic stress, traumatic brain injury, chronic pain and additional issues which may contribute to suicidal ideation.”

Andy’s life is one of courage, deep sacrifice and love. Although his suicide doesn’t define his entire story, it’s a page that has created a wave of devastating impact. He leaves behind a wife, three young children, a close-knit family and an entire Special Forces community, all deeply hurting from his absence.

Despite his larger than life personality, supportive and loving family – Andy lost an internal battle. Through the MSG Andrew Marckesano Suicide Prevention Fund, Erin hopes Andy’s legacy and story give other Green Berets and their families a reason to pause and breathe. Then, keep fighting.

To learn more about the Green Beret Foundation and their commitment in Andy’s honor, click here.