Have you seen the A-10's two-seater cousin? - We Are The Mighty

Have you seen the A-10’s two-seater cousin? 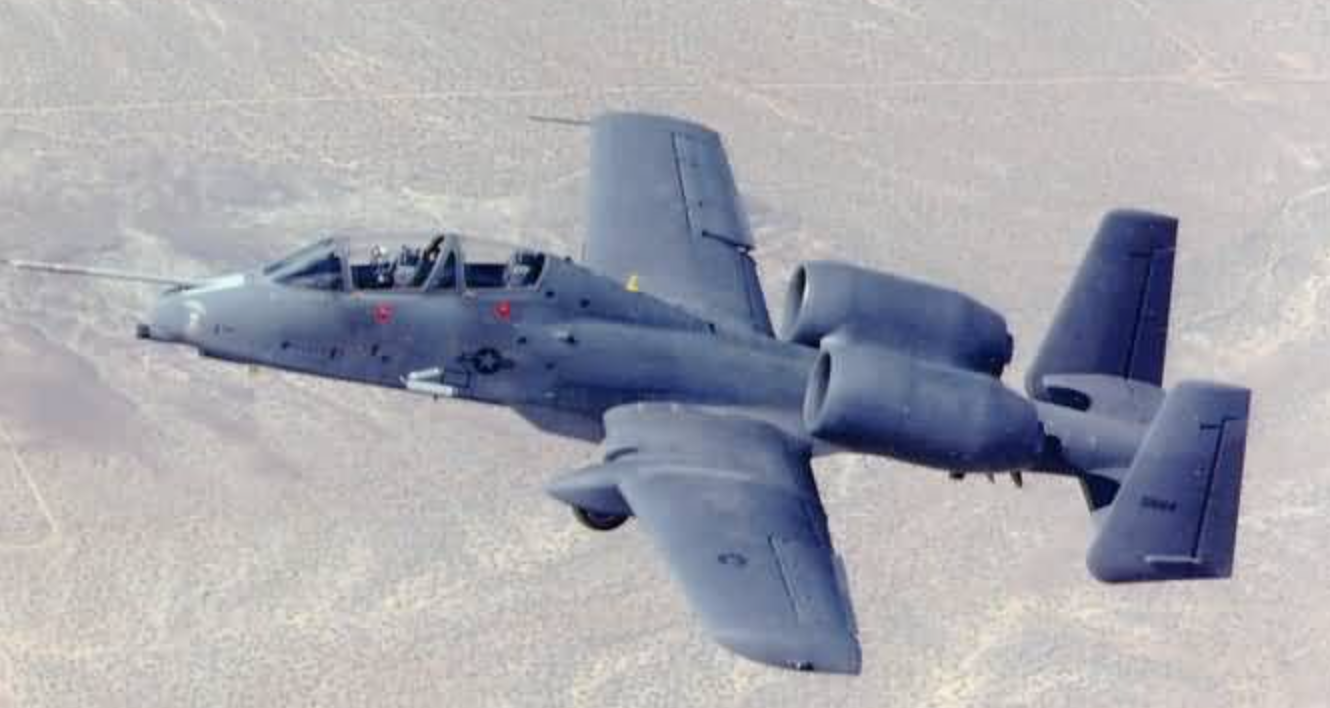 The A-10 Thunderbolt II, affectionately known as the Warthog, is as popular on the battlefield as it is on the internet. Hog enthusiasts love the plane for its massive 30mm rotary cannon and the iconic “BRRRRRT” sound that it makes. During the early days of its development, the Air Force played around with the concept of an all-weather and night-capable version of the Warthog.

Designated as the YA-10B N/AW, the Night/All-Weather version of the Warthog was modified from an existing A-10A and featured a number of upgrades. Among these were an advanced inertial navigation system, terrain-following radar, a low light TV camera, forward-looking infrared, and laser targeting pods. However, the YA-10B’s most obvious evolution was the addition of a second seat. Having a back-seater would allow the workload of managing so many systems to be split.

The N/AW not only offered more capability to the Air Force, but also made the aircraft more appealing from an export standpoint. Some countries were interested in purchasing the N/AW for use in littoral brown water and coastal anti-piracy operations. Testing of the modified platform occurred from 1979 to 1980 with exceptional results. The aircraft excelled in adverse weather conditions and could carry out night attacks with deadly precision. However, the cost of adapting the A-10 to the N/AW variant was too high for the Air Force sign off on.

Initially, Air Force brass wanted to add the modular LANTIRN night targeting navigational system to the A-10A. While this killed off the two-seater A-10, the concept did not come to fruition. Instead, the F-16 Block 40 received the system and the Air Force called it a day. However, thanks to its precision engagement package and pilot-mounted NVGs, the modern A-10C now boasts night attack capabilities.

Unfortunately, despite its success on the battlefield, the A-10 is under constant threat of extinction. Modernization efforts like the night capabilities of the C-variant have extended the life of the aircraft, but Air Force brass continue to push multi-role aircraft like the F-35 Lightning II to replace it. Perhaps the two-seater A-10 would have further highlighted the necessity of a dedicated ground-attack platform. The world may never know. Today, the only two-seater A-10 is on display at Edwards Air Force Base in Southern California.