This Friday, Call of Duty players are giving back to veterans - We Are The Mighty

This Friday, Call of Duty players are giving back to veterans 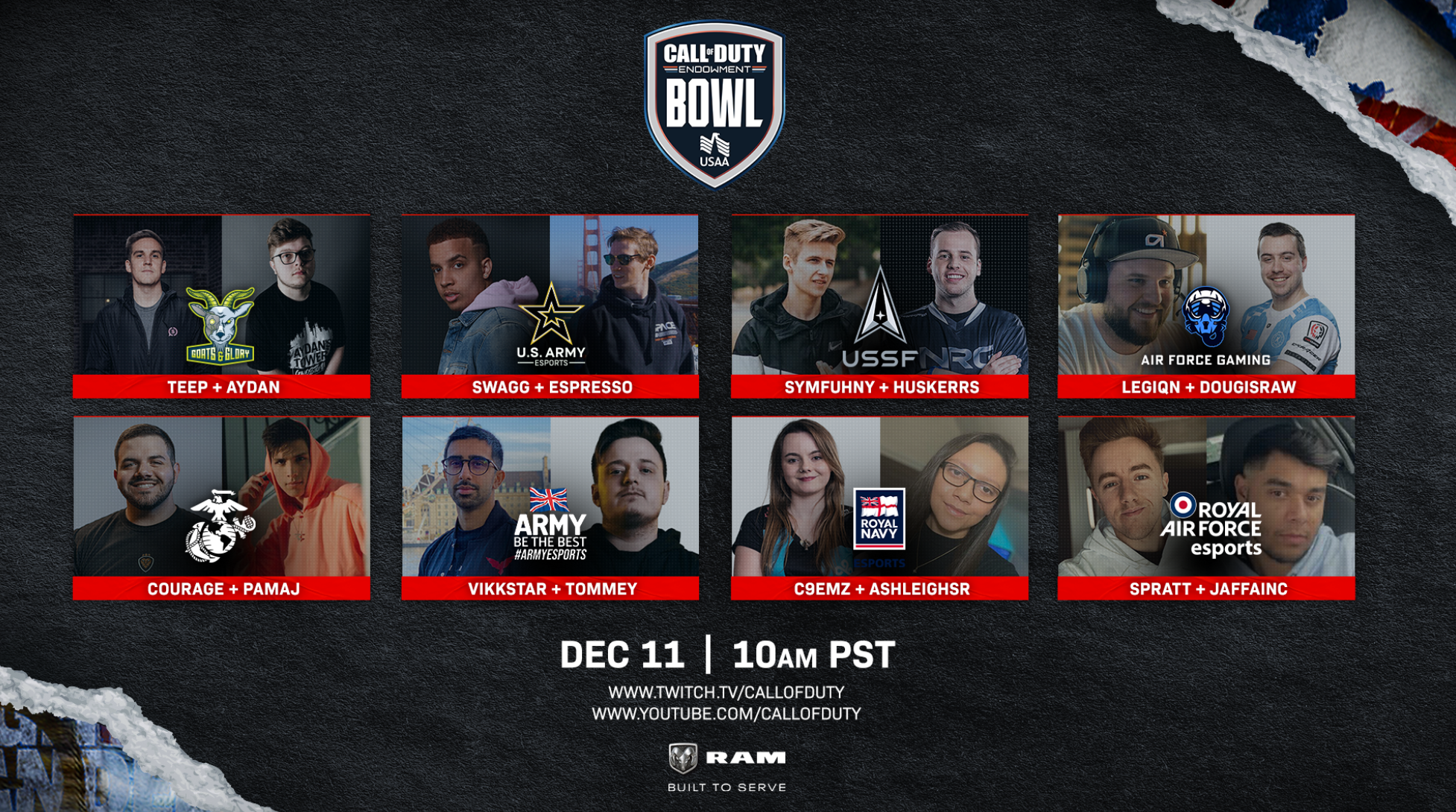 Call of Duty was first released way back in 2003. The game series became wildly popular, with 24 games available as of 2020, not including add-ons. The game’s popularity also imbued it with real-world influence. In 2009, a philanthropic organization called the Call of Duty Endowment was founded. Inspired by a conversation with former VA Secretary, Jim Nicholson, the Endowment’s primary mission is to help place veterans into high-quality careers.

Last year, the Call of Duty Endowment hosted the First Annual C.O.D.E. Bowl to help raise funds for veteran employment. This year, they’re taking the event to even greater heights. On December 11th, 2020, the C.O.D.E. is hosting the Second Annual C.O.D.E. Bowl presented by USAA; this time, with top streamers from every U.S. military branch, plus teams from the UK military!

The 2020 C.O.D.E. Bowl will be the first-ever Trans-Atlantic Military Esports competition, featuring a brand new game.

Is it Friday yet, because we can’t wait! Three new competing teams from the US Marine Corps, the US Air Force, and the US Space Force, plus the United Kingdom’s British Army, Royal Air Force, and Royal Navy will go head to head against last year’s teams, playing the recently-released and eagerly anticipated game “Call of Duty: Black Ops Cold War”.

Here’s how it’s going to work.

The eight epic teams participating in the tournament will be led by some of the top Call of Duty streamers and influencers. So far, the streamers logging on will include CouRage, Swagg, TeeP, Espresso, Vikkstar, Tommey, Spratt, C9Emz, Husckerrs and LEGIQN. To add to the excitement, each team will also be coached by a Call of Duty League Pro before the event to give them a leg up on the competition.

In a recent press release about the upcoming tournament, Dan Goldenberg, the Executive Director of the C.O.D.E, shared his excitement.

“We are proud to have the United States and the United Kingdom militaries come together to participate in the C.O.D.E. Bowl. This will be the first time all military branches have come together for a spirited esports competition with the added bonus of raising awareness for veteran employment and we couldn’t be more excited to partner with USAA to make this happen.”

The C.O.D.E. Bowl will be a blast, but its purpose is to help.

Presented by USAA, the competition aims to help veterans in more ways than one. Scuf Controllers is also contributing to the event, and Ram Trucks is donating a special edition 2021 Ram 1500 to a veteran who was recently placed in a job through the Endowment’s program.

To comply with federal rules, none of the participating U.S. military teams will endorse the event or help raise funds, but the impact of the tournament will be substantial all the same. At the end of the event, all proceeds will be used by the Endowment to help find veterans the jobs they deserve.

Where to watch the battle go down

The C.O.D.E. Bowl starts at 10:00 a.m. Pacific Time on December 11. To tune in, visit either the Call of Duty channel on YouTube or Twitch to catch the action live!

So far, the Call of Duty Endowment has helped to find job placements for over 77,000 vets, with a goal of placing 100,000 by 2024. To learn more about the organization or send a donation, visit www.callofdutyendowment.org.