Army couple spreads joy through music - We Are The Mighty 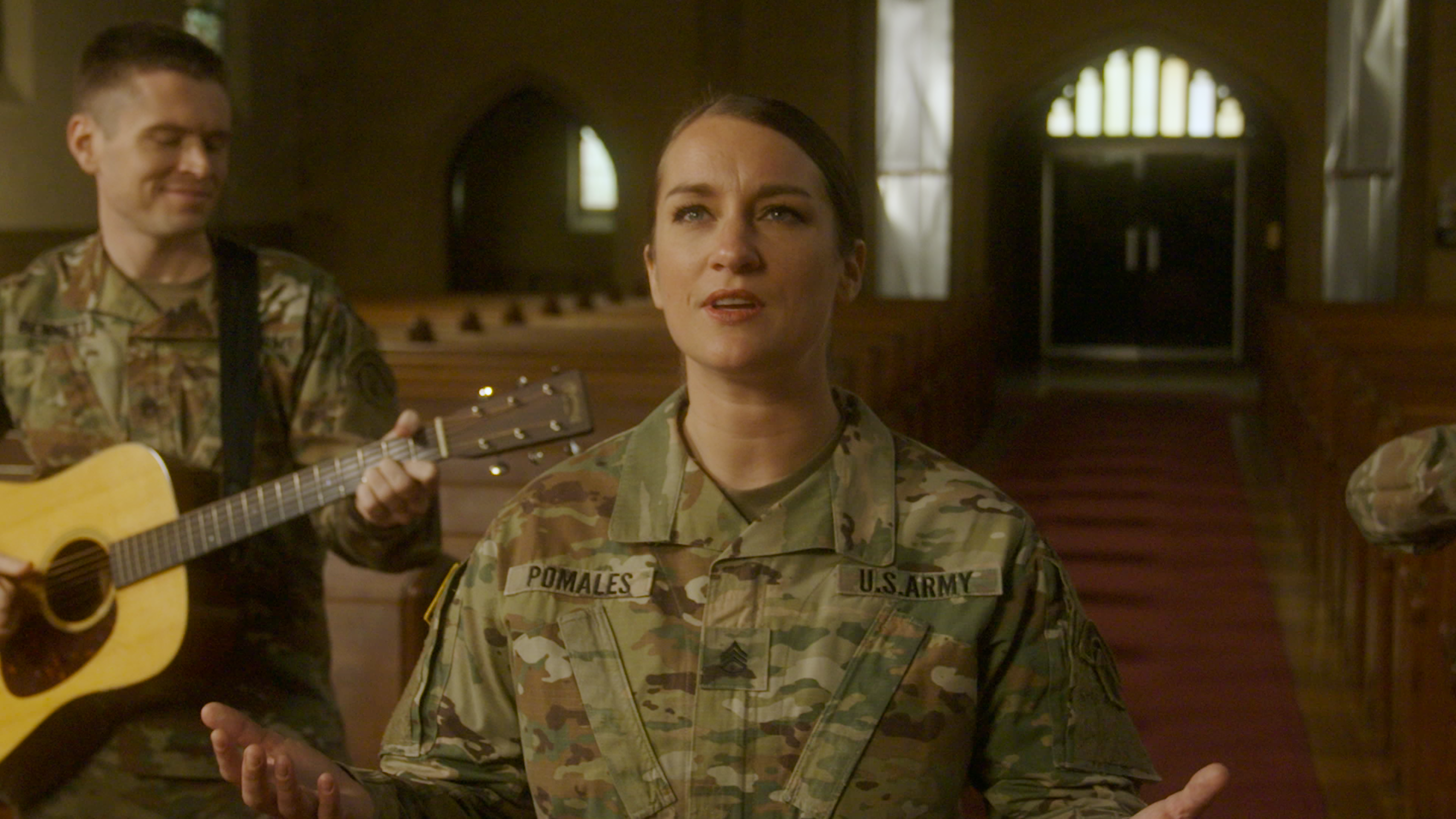 As the holidays are upon us, finding happiness in the midst of a pandemic has been challenging. One Army couple is using music to heal, connect and bring joy to veterans and military families around the world.

When retired Army Sergeant 1st Class Jose Pomales enlisted at 17 years old in 1997, it wasn’t to become a member of the Army Field Band. Although he was an accomplished piano player growing up in Puerto Rico, he became a combat medic. He would serve as one during and after the attacks on the World Trade Center, deploying multiple times. In 2005, to the surprise of many, Jose made the decision to leave his MOS and return to his first passion: music.

“When you join after high school, you are just a kid. You sort of grow up in the Army. I had to grow up fast,” Jose explained. “Changing into music, everyone looked at me like ‘Why are you doing that?’ I saw a pianist playing with the [Army Field Band] and that was it.” Once Jose realized that he could apply to be part of the music program, he dove in – ready to make a difference in another way. He was able to deploy with the Army Field Band all over the world, bringing music to troops and boosting morale.

For Army Staff Sergeant Megan Pomales, music was always for her. A “choir kid” growing up and avid piano player, she knew she wanted to continue with it. But she also felt a calling to serve, joining the Army Reserves after graduating college in 2008. “I was working for Universal Music Group in New York for a record label… But when I saw the road it would really take for me to dedicate my life to music in the record label industry, it just wasn’t for me,” Megan said.

Megan also took a leap of faith, diving into active duty with the Army by serving in their music program. In 2011, she found herself at Fort Bragg in the Army Ground Forces Band as a vocalist and keyboard player. Later on, she made her way to Fort Eustis in Virginia where she met Jose. “I walked in and saw him and was like, ‘What is happening…’ – I avoided him like the plague,” she said with a laugh.

It wasn’t long before the two soldiers became good friends and began dating, eventually marrying. Although they both have a very different background before joining the Army, their passion and belief in the power of music connected them right away. “I know I am very privileged with my position in the Army because I know Jose sees things from a very different world view with his combat medic experience,” Megan said.

Jose retired from the Army in 2018 and Megan began singing the lead with the Six String Soldiers in 2019. Although the Army Field band is known for doing traveling shows and their well-received holiday shows, COVID-19 has greatly changed the way they deliver music. This year, they wanted to go the extra mile to bring holiday cheer. Megan received a message from a fellow soldier and producer sharing that he wanted her to sing ‘Christmas 1914’ for the 2020 Holiday Show. “He sent it to me as a YouTube video and I listened to it and was completely undone,” Megan shared.

Written by Catherine Rushton in 2004, the song is an emotional and haunting walk down the experiences of ground troops fighting during World War I. In 1914 the Pope suggested a truce for Christmas. Taking the suggestion to heart, the Germans and allied troops entered into an unofficial cease fire. Tales were told of Christmas carols being sung and words of goodwill echoing through the night. The lyrics of the song tell a story of the beauty of Christmas and the reality of war that followed the celebration: For three days we played football, three nights we drank and sang, ‘til it came time to say farewell. Then we went to ground; each side fired three rounds. And just like that we all were back in hell.

Never again would a war fully pause, but the memory of it lives on.

Not only did Megan take on the historic lyrics for the Sound The Bells show, but the Army also granted approval to record a music video to accompany the powerful song. Set in a church built before World War I, it was a fitting setting. Megan admits it was an emotional song to sing and there were definitely times it was difficult for her not to show it. It is her hope that the spirit of the song will hit home and remind people of possibilities, especially as the world continues to battle the pandemic.

Jose and Megan share a deep love of purpose and giving that they are able to bring to fellow soldiers, veterans and military families through music. Knowing that they can create a connection, smile or bring peace as they serve their country is the reward of a lifetime.

Happy Holidays! We Are The Mighty has proudly produced a holiday musical with the US Army Field Band, titled Sound the Bells. This excellent family entertainment will air multiple times on FOX BUSINESS and FOX NATION from 12/23 to 12/26.