5 shows that’ll get your red, white and blue blood pumping - We Are The Mighty

5 shows that’ll get your red, white and blue blood pumping 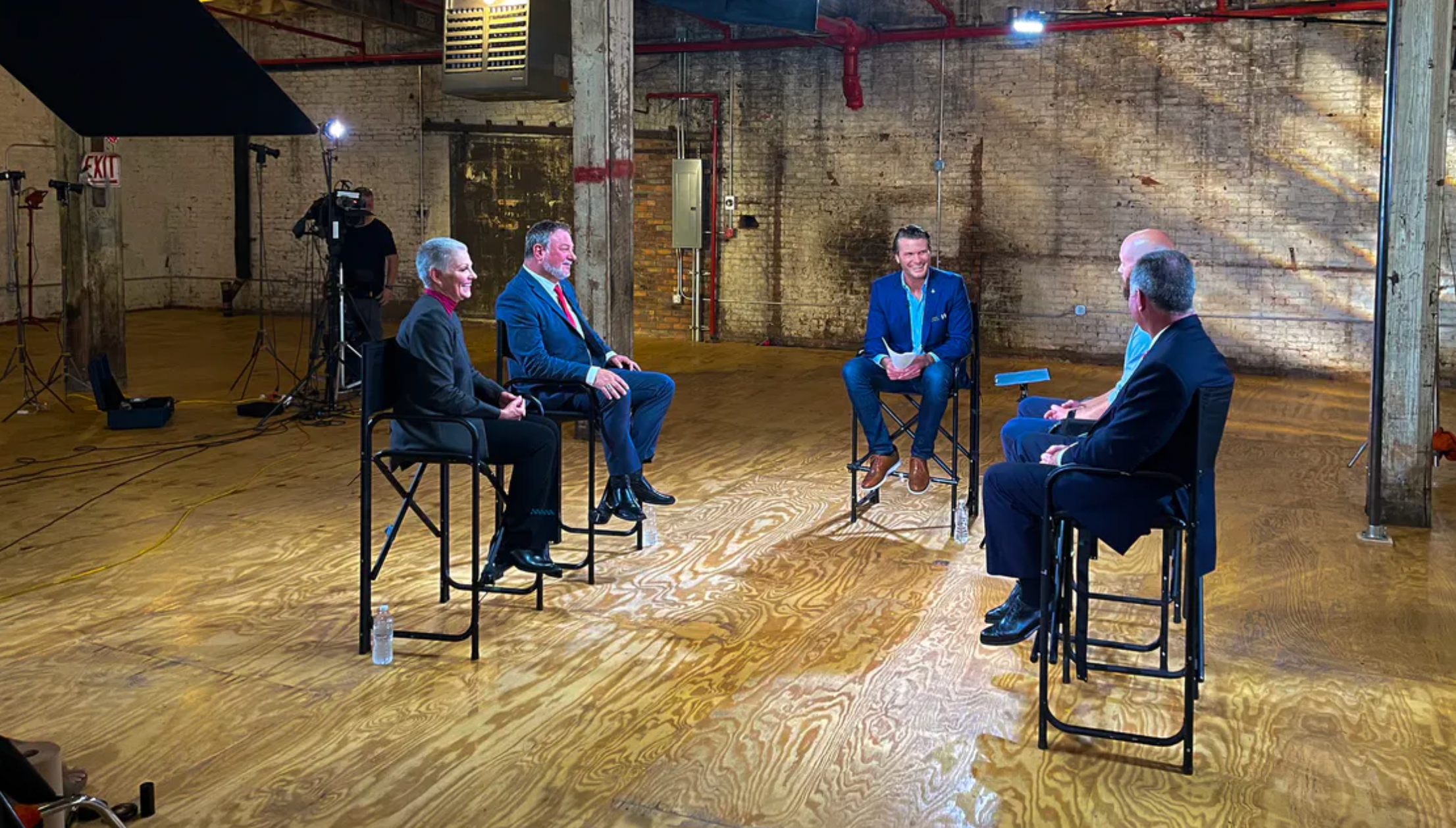 No one knows how to get the hearts of red-blooded Americans pumping faster and prouder than Fox News’ Fox Nation streaming service. Not only can you find Fox News favorites, but you’ll see Fox personalities in a new setting, pursuing the kinds of stories they love most.

With Fox Nation, that means a healthy dose of patriotism, forgotten history and tales of valor from our men and women in uniform, all told with the quality of reporting we’ve come to expect from Fox News. Best of all, Fox Nation is free for a full year to all military members, veterans and first responders.

Here are just a few shows that are guaranteed to move any American patriot.

On “Modern Warriors” Fox News host and Army veteran Pete Hegseth sits down with panels of service members past and present to share their war stories, combat moments, thoughts on military morale, and why they served. The result is real, candid conversations between veterans that may forever change the way civilians see the U.S. military and the men and women who serve.

“Modern Warriors” is also an opportunity to get a rare glimpse into some of the experiences of America’s most legendary heroes. Hegseth has talked to former specials operators who participated in America’s most daring and famous combat missions as well as recipients of the Medal of Honor, our country’s highest award for military valor.

Catch a new episode of “Modern Warriors” launching this November.

What Made America Great

“Fox and Friends” host Brian Kilmeade takes a break from television’s most popular morning show to explore the places that shaped America on Fox Nation’s “What Made America Great.” From a small, hidden chamber behind Mount Rushmore to the White House itself, Kilmeade investigates the most critical places in American history, detailing events you won’t find in any history book.

Kilmeade’s travels have taken Fox Nation viewers all across the country, visiting places like Thomas Jefferson’s home in Monticello, the Alamo in San Antonio, and St. Augustine, Florida, the oldest continuously occupied settlement in North America.

Fox News’ Abby Hornacek brings her love of the outdoors into the homes of Fox Nation viewers in her series, “Park’d.” Hornacek is not just a traveler, she’s a fitness enthusiast who knows the most breathtaking places in America’s beloved national parks. Viewers can watch as she hikes, swims, and surfs across the country looking for even more natural wonders.

From Utah’s Canyonland National Park to Maine’s ​​“Crown Jewel of the North Atlantic Coast” in Acadia National Park, Hornacek also meets with everyday American along the way to learn about the locals and get a feel for what it’s like living in America’s most stunningly beautiful places.

Leave it to Pete Hegseth, Army veteran and Fox News journalist, to take two spots on this list of the most patriotic shows on Fox Nation. In “Modern Warriors,” Hegseth talks to today’s decorated heroes. In “Untold: Patriots Revealed,” he enlists the help of American history experts to take a deep dive into American history’s unknown patriots, to tell the stories of how their valor shaped the country to this day.

From Daniel Morgan, whose riflemen helped lay siege to Boston and engage enemy troops all over the young United States during the American Revolution to the legend of Molly Pitcher, a woman who single-handedly operated a cannon that normally required the work of 16 men in the heat of battle, Hegseth finds the stories history books forgot.

Have you ever wondered what it’s like to serve in combat with an American hero? On Fox Nation’s “Hero Dogs,” you can find out, first-hand from the American troops who served as their handlers. Hosted by Fox News’ Shannon Bream, this series tells the stories of dogs whose acts of heroism earned them the unending love of their human battle buddies.

Working dogs serve in anti-narcotics operations along the U.S. border with Mexico, the battlefields of Afghanistan, and with law enforcement officers in the heart of America. “Hero Dogs” tells the incredible stories of canine companions that served the country and saved lives. Best of all, you can find a new season of “Hero Dogs” on Fox Nation now!

Want to check out these shows to really get into the patriotic spirit? You’re in luck! FOX Nation offers a free subscription for active military and veterans. Get yours here!