These service members aren't unicorns - they're USCG - We Are The Mighty 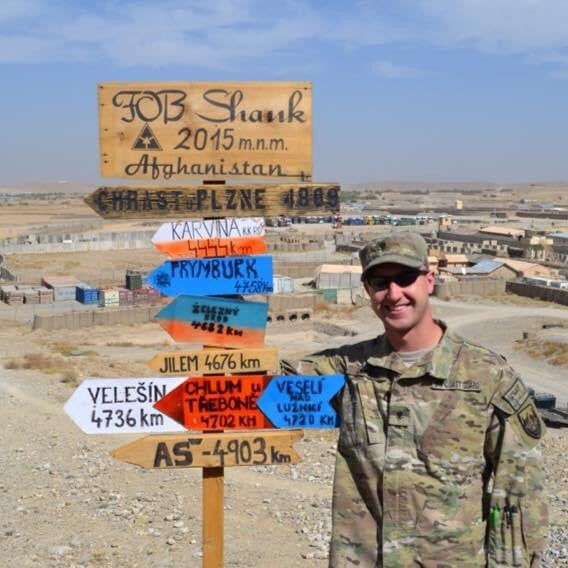 The oldest continuous seagoing military service isn’t the Navy; it’s the United States Coast Guard. Coast Guardsmen have been involved in every major conflict since their inception in 1790, including the current ongoing war. Despite all of this, they are still treated like the mythical unicorn.

Intelligence Specialist Daniel Duffin volunteered to deploy to Afghanistan in 2011, spending his pre-deployment training with members of the Army. His role once arriving in a FOB in Eastern Afghanistan was to collect vital intelligence for the troops on the ground. “We did a lot of counter IED and were looking for any sort of intelligence to support troops, preventing loss of life,” Duffin explained. He also worked tirelessly to develop target packages, helping ground troops plan their missions more effectively.

The Coast Guard had boots on the ground in Iraq and Afghanistan beginning in 2003. In Bahrain and Kuwait, you can find hundreds of coasties and six patrol boats serving within the U.S. 5th Fleet, where they’ve been since the onset of Operation Iraqi Freedom. Despite their obvious  presence, the unicorn-like mythology of the coastie is ever present.

The whispers followed Duffin constantly throughout his time in Afghanistan. He describes one particular scene where he was getting food and debating getting a chocolate milk or an energy drink when soldiers began pointing and whispering. “They were like ‘I told you! There he is!’,” Duffin said with a laugh. He was used to it, he said. The awestruck staring had also accompanied him at most joint bases he was stationed at stateside as well.

After returning from deployment, it wasn’t long before he was headed back to the Middle East – this time to support the mission against ISIS, which he also volunteered for. Now stationed in the DC area, Duffin continues to support intelligence efforts for the Coast Guard and joint forces.

In 2013, Coast Guard Lieutenant Michael Brooks was a Petty Officer 3rd Class and Intelligence Specialist when he deployed to Afghanistan. When asked why he wanted to go, he was quick to answer. “I have always wanted the hardest jobs I think, even as an officer with TACLET [Tactical Law Enforcement Teams] stuff or deployments. I wanted to be a coastie that down the road I could say I was there, I went through it and I got to feel what it was like to make those bonds with others through grueling and sometimes terrible circumstances,” he explained. Brooks had volunteered to go to Afghanistan after a service member was killed and the team was short.

While deployed, Brooks was working alongside the 10th Mountain Division at FOB Sharana, supporting their operations. His unit was responsible for target development and breaking down various networks of terrorist cells within their AOR. The comments about him being there were a daily occurrence but he appreciated the humor in it. “It’s always a privilege to represent the Coast Guard and I would go back overseas tomorrow if the opportunity was there,” he said.

Although Brooks’ remained humble when discussing his deployment, the service he provided in Afghanistan was extraordinary. On May 12, 2013 the 2nd Brigade 10th Mountain Division was attacked when an Afghan National Army Soldier turned his weapons on US Forces. He responded without care for his safety, providing real-time combat medical care to those injured. Several members of his team were killed in action. Upon his return home, Brooks received the 2013 JINSA Grateful Nation Award and the Combat Action Ribbon.

After Afghanistan, Brooks was accepted into Officer Candidate School and went on to be the Officer in Charge of a Law Enforcement Detachment (LEDET) in San Diego, California. You can find him on the east coast now, heading up search and rescue operations.

“As a service we are lucky to have the vast mission set that we do,” he explained. “Every day coasties are training and executing challenging operations and evolutions that determine lives being saved, the security of a port or critical infrastructure, proper compliance or safety of the maritime industry or just preparing for the next hurricane to hit our shores. Our service is unique, wherein every day we are given the opportunity to deal with conflict and overcome it.”

When Brooks was asked what he would want the military community and public to know about the Coast Guard, his message was simple: “Our service is capable, ready and actively playing a role in a vast array of mission sets spanning the globe.”

So, the next time you see their sharp looking dark blue uniform – that’s a United States Coast Guardsman. Not a unicorn.