4 small, veteran owned coffee companies you need to try - We Are The Mighty 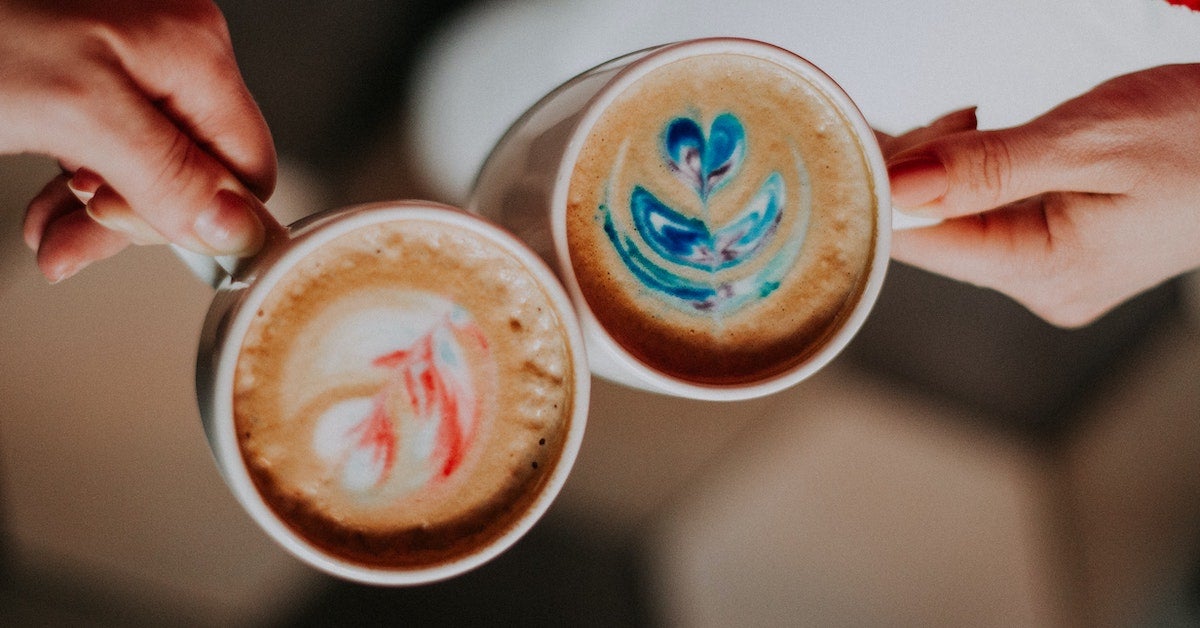 So you need a cup of coffee. Often, we rush into the store, grab the brand that we are used to just because we recognize the name. How often have you just stopped for a minute to take a look at the label? Where was it made? Is it caffeinated or decaf? Dark roast or medium?

And, one question you should be asking: Is this company veteran owned?

For veteran-owned coffee businesses, it’s more than just a cup of coffee, it’s the story behind the brand. So many of the businesses were created in order to maintain and create that sense of community instilled in the service; they wanted to keep the bond that they shared over that hot cup of Joe. What a better way than to think outside of the box, away from that field coffee, and make it into something much tastier.

Here are four small veteran owned coffee companies that need to be shared with the world. Read their story, support their mission and never look at your coffee the same again.

Mountain Up Coffee is roasted in Chicago and the beans come from around the world. Ryan Hunt, Founder of Mountain Up, created the brand in 2016 while he was still on active duty.   Mountain Up is inspired by military past, present and future. The brand, which encompasses both Mountain Up Caps & Coffee, is founded in patriotism, adventure and giving back to the community as a whole. Get your roast on at www.mountainupcoffee.com and use MIGHTY10 at check-out for 10% off.

Ryan served for over 20 years as both an enlisted Soldier & NCO and later as an officer. His Army journey started as a fire support specialist (13F) and as an officer, served first as a Field Artillery, then as a Multi-functional Logistician (90A) and later as a Simulation Officer (57A).  During his Army journey, he spent time at the 10th Mountain Division, 1st Infantry Division, 1st Armored Division, the National Training Center, Cadet Command and a few other places doing a lot of different and awesome things. He deployed to Iraq three times and the Former Yugoslavia. His main reason for serving for over two decades was the horrible events of September 11, 2001.

In 2015, during a TDY to JBLM in Washington, Ryan felt a calling and inspiration to start Mountain Up. He said, “In reality, the inspiration came from a combination of the power of mountains and the spirit of the 10th Mountain Division. But my brand is more than it, it’s about the veteran community as a whole past, present, and future”

Carrie was born on Wind River Reservation in Wyoming, adopted at birth and raised in Illinois. Unfortunately, Carrie’s trauma began as a young child.

She has lived a life of uncertainty and confusion as she tried to navigate through her childhood trauma, sucide attempts and then her military sexual trauma all by the age of 18. She used self-medication, alcohol and experimentation with drugs to numb the pain she had been suffering and to escape from the feelings about what had happened to her.

Through Carrie’s self healing journey, she has come to terms with living with PTSD, depression, anxiety and Borderline Personality Disorder. She has not let that define her and has become an advocate for those suffering as she was. She has since joined the nonprofit ‘We Got Your 6’ and has helped veterans as part of a suicide intervention team.

In November 2019, she joined Scars and Stripes Coffee. She is the Squad Leader for the Northeastern United States and was quickly placed on the leadership team after she shared a vision and strategy for market placement. She has been given the opportunity to lead a team of veterans that she gets to empower.

Jose was born and raised in San Antonio by Jose Sr. and Anita Rosa Treviño Alaniz. Growing up in a military family, he felt the strong desire to follow in the footsteps of his father and uncles who served in the Air Force during Vietnam and WWII.

While the Air Force had a hiring freeze in 1989, Jose ran into a Navy recruiter who sold him on all the things that he wanted to hear. Jose left for basic in March of 1990 after being in the delayed entry program since graduation. He served 4 years and 9 months on active duty and then got out.

Jose’s turn of events led to alcohol, drugs and food addiction. He experienced both lows and highs in his family life and marriage.

In 2014, Jose made the trip to New Zealand to see his grandson who was just born. During this trip he visited Australia and had fresh-roasted, made to order coffee for the very first time. When his father passed from lung cancer, Jose surrendered his life to Christ.

In 2017, his family traveled to Italy and Greece to visit places that his father had taken pictures of in the 50s and it was this trip that solidified his passion for coffee. Jose started roasting coffee off of an open-face steak grill in the backyard and just kept trying new things until one day, he discovered the journey he felt he was supposed to be on.

Third Day Coffee Seguin exists to create the opportunity and ability to do ministry in local communities. Jose feels like God is leading him to offer Christ as an option for people to heal their lives with. He has witnessed many of his friends and veterans living off of pills just to function daily. He feels like God is leading him to sell enough coffee to support a full time ministry to address issues like this within the community for all that are suffering. His current plan and dream is to own a brick and mortar shop to continue his new mission and journey in life.

Adam Bird, founder and CEO of Heroes Media Group LLC, is a seasoned, serial entrepreneur with a passion for serving what he calls the “Heroes Community.”

While he has primarily focused his attention on HMG’s media platforms, Bird saw an opportunity to expand into the beverage market this year. For the past two years HMG had a coffee blend called Heroes United. This blend was created as a collaboration with Rick’s Roasters Coffee Company.

When Bird saw an opportunity to leverage these products as a way to give back, he launched an entirely new business venture. HMG Beverage LLC launches in November 2020, the week of Thanksgiving. Starting with five blends, they plan to carry more at the start of the new year; shortly after will be other beverage options, with a portion of every purchase donated to charity.