5 of the world's best war correspondents - We Are The Mighty

5 of the world’s best war correspondents 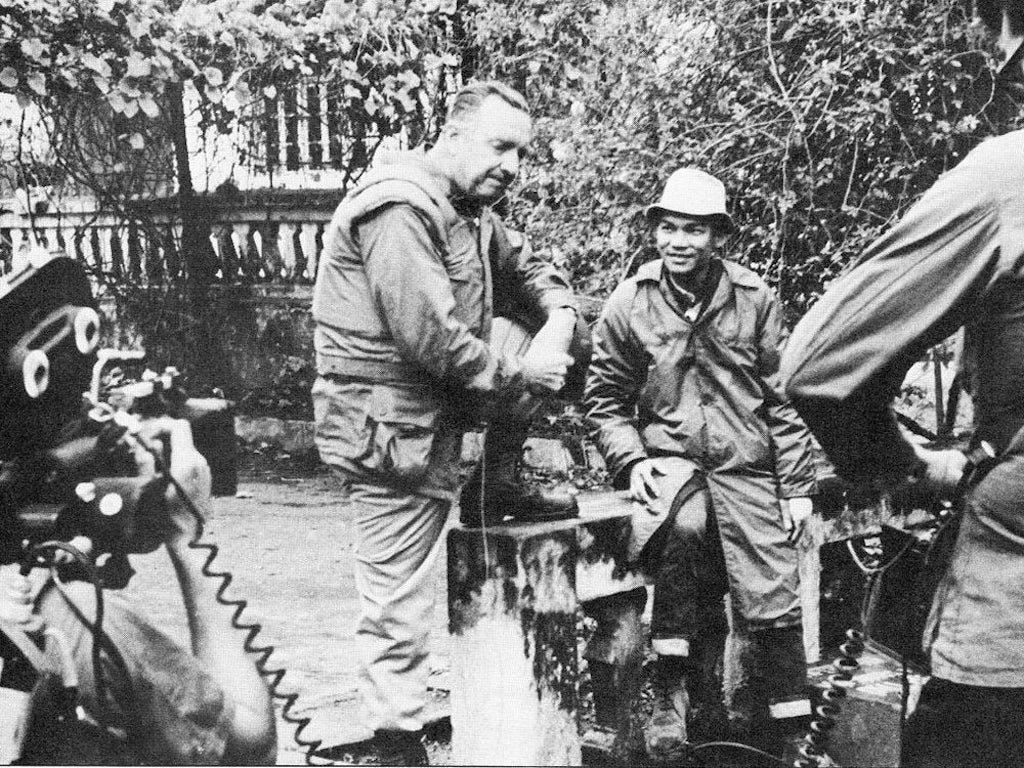 Many writers seek to experience life in different measures and extremes. Some journey to foreign countries and are introduced to new cultures which shape their writings for the rest of their lives. Others take it to the extreme and jump right into covering a war zone. These writers spent time in the war and came back with great stories to tell.

John Steinbeck is known for his excellent books such as The Grapes of Wrath, Of Mice and Men, Cannery Row and East of Eden. You may be surprised at his service as a correspondent in World War II and then again in Vietnam. He worked for the New York Herald Tribune and the Office of Strategic Services during the Second World War. He followed film producer and Army officer Douglas Fairbanks, Jr. on his actions with the Beach Jumpers in the war. Some of his exploits made it into Steinbeck’s Once There Was a War. While with Fairbanks, Steinbeck captured Italian and German soldiers using Tommy Gun too. When he came home he had some shrapnel and psychological trauma from the war to be dealt with. Steinbeck reported on the Vietnam War for Newsday and had two sons that both served in the war. He visited one of his sons while “in country” and spent time with the unit.

Jack London is most recognizable as the author of Call of the Wild and White Fang, however, his service as a war correspondent may be new to you. London covered the Russo-Japanese War in 1904 for the San Francisco Examiner. While in Japan, he was able to cover the Battle of Yau and experience some of the Japanese cultures. He struggled with being embedded with the Japanese, was arrested a few times for infringements with his military counterparts and was eventually sent back to the US after being released on a personal request by President Teddy Roosevelt. Although not an ideal outcome, he still went forward into a tough conflict and in a different culture.

Marguerite Higgins consistently placed herself at the front of the action in World War II, the Korean War and the Vietnam War. She wrote extensively for the New York Herald Tribune and then for Newsday. She won a Pulitzer Prize for her coverage of the Korean War. She spent time in Germany during World War II where she witnessed the liberation of the Dachau concentration camp and the Nuremberg Trials. When the Korean War broke out General Douglas MacArthur lifted the ban on women correspondents serving in combat there in Korea, which allowed Higgins to report on the war. She covered Vietnam in 1963 where she visited hundreds of villages, met major figures and wrote a book titled Our Vietnam Nightmare. Vietnam was the last war she reported on and she led a life of adventure, danger and top-level journalism.

Margaret Bourke-White’s legacy lives on today with her groundbreaking experiences and wonderful photography. She was the first Western photographer permitted to photograph in the Soviet Union. Her photos were published in Fortune magazine in 1931. She later returned to Russia in 1941 and her photos from that tour were published in Shooting the Russian War. She was the first known female war correspondent and the first to be allowed to work in combat zones during the Second World War. She spent time in North Africa, Italy and Germany with the nickname being known as “Maggie the Indestructible” because of all the intense combat operations she survived. Bourke-White photographed the Buchenwald concentration camp liberation and later wrote a book on her experiences titled Dear Fatherland, Rest Quietly. She later served as a photographer during the Korean War for Life.

Walter Cronkite in many ways is known as the “Father of Modern Journalism” and anchored the CBS Evening News for decades. His work as a reporter in World War II involved covering North Africa and Germany including landing in a glider with the 101st Airborne during Operation Market Garden. Cronkite covered the Battle of the Bulge and the Nuremberg Trials after the war. Cronkite reported on the Vietnam War during the Tet Offensive and his reporting is said to have influenced President Johnson’s decision on deciding not to run for re-election in 1968. His report hit home with many Americans on the current status of Vietnam. Cronkite continued his work at CBS and retired in 1981.