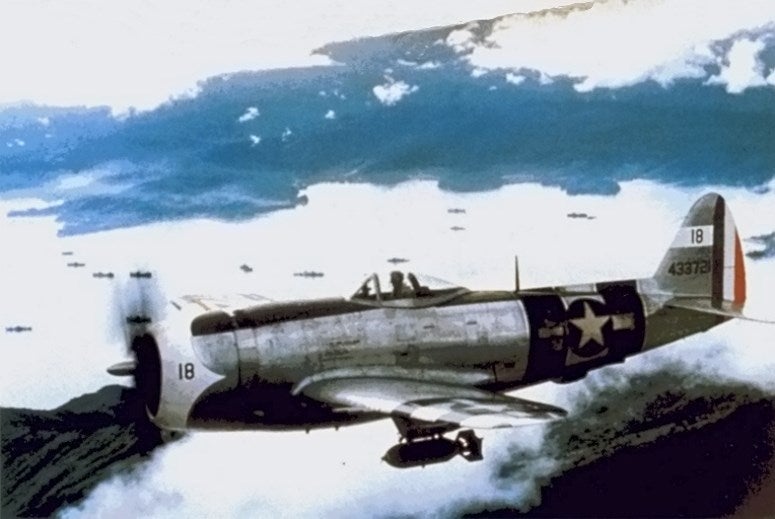 When 33 pilots and more than 200 ground crewmen left Mexico for Laredo, Texas, they were embarking on a historic opportunity. They would be the first Mexican forces to train and fight in combat away from Mexican shores.

During World War II, Mexico was only one of two countries in Central and South America to declare war on the Axis powers and also send troops to go fight them (Brazil was the other).

They had a reason to go and fight. Two Mexican oil tankers bound for the United States were torpedoed and sunk by German u-boats while flying the Mexican flag. Some 20 Mexican sailors died as a result of the attacks within a week of each other and spilled 6,000 gallons of oil into the Gulf of Mexico.

On May 22, 1942 Mexican President Manuel Ávila Camacho declared war on the Axis Pact.

The Escuadrón Aéreo de Pelea 201 or 201st Air Fighter squadron spent six months training in Texas before shipping out to the Pacific Theater. They arrived in the Philippines in April 1945, still with plenty of time to take the war to the Japanese, which they did almost immediately.

It might seem odd that Mexico, which was attacked by Germany, would agree to send pilots to fight the Japanese far from Europe. The Mexican Army had intercepted a communique that detailed a planned Japanese invasion of the United States that went straight through Mexico.

The invasion plan called for a Japanese landing in Sonora through the Sea of Cortez. From there, the Japanese would drive across the American southwest. If Mexico wanted to keep enemy troop ships from landing on its shores, it would have to take the fight to the enemy.

In American-built P-47 Thunderbolt fighters flying the Mexican flag on their tails ad white noses on their P-47s, the Aztec Eagles – a nickname they’d given themselves during training – hit the Japanese in the Philippines and later, Formosa (modern-day Taiwan).

Their first mission required them to dive bomb heavily-entrenched Japanese positions in mountainsides near Vigan. The maneuvers required of the mission were as dangerous as flying so close to the enemy. They impressed their American counterparts with their skill and daring.

In the Philippines, the Mexican aviators hit the Japanese forces on the ground to support the 25th Infantry Division’s campaign to clear Luzon of its Japanese defenders. During this time period they lost seven pilots in combat and training exercises but only one aircraft lost to the enemy in its effort to free the people of the Philippines.

To attack Formosa, the Mexicans flew 650 miles at near-wavetop heights to drop their bombs on the ports and harbors of the island. The missions took such a toll on the pilots that they had to be helped out of their cockpits when they returned.

It wasn’t only the Mexican officers in the air who struck back at the enemy. Enlisted ground crews got more than their fair share of combat in the Philippines when airfields were attacked by enemy troops, forcing the Mexicans to fight them off. The 201st knocked an estimated 30,000 Japanese troops out of the war in its four-month combat tour.

In combat, their American allies saw them as both crazy and ferocious, both meant as high compliments to their skill.The squadron received the Philippine Legion of Honor for its wartime efforts and returned home to a parade in Mexico City’s Constitution Square. Today, a monument in Chapultepec honors the men of the 201st, the only unit to leave Mexico to fight a foreign enemy.