How drunken soldiers could lead a battle and not fail 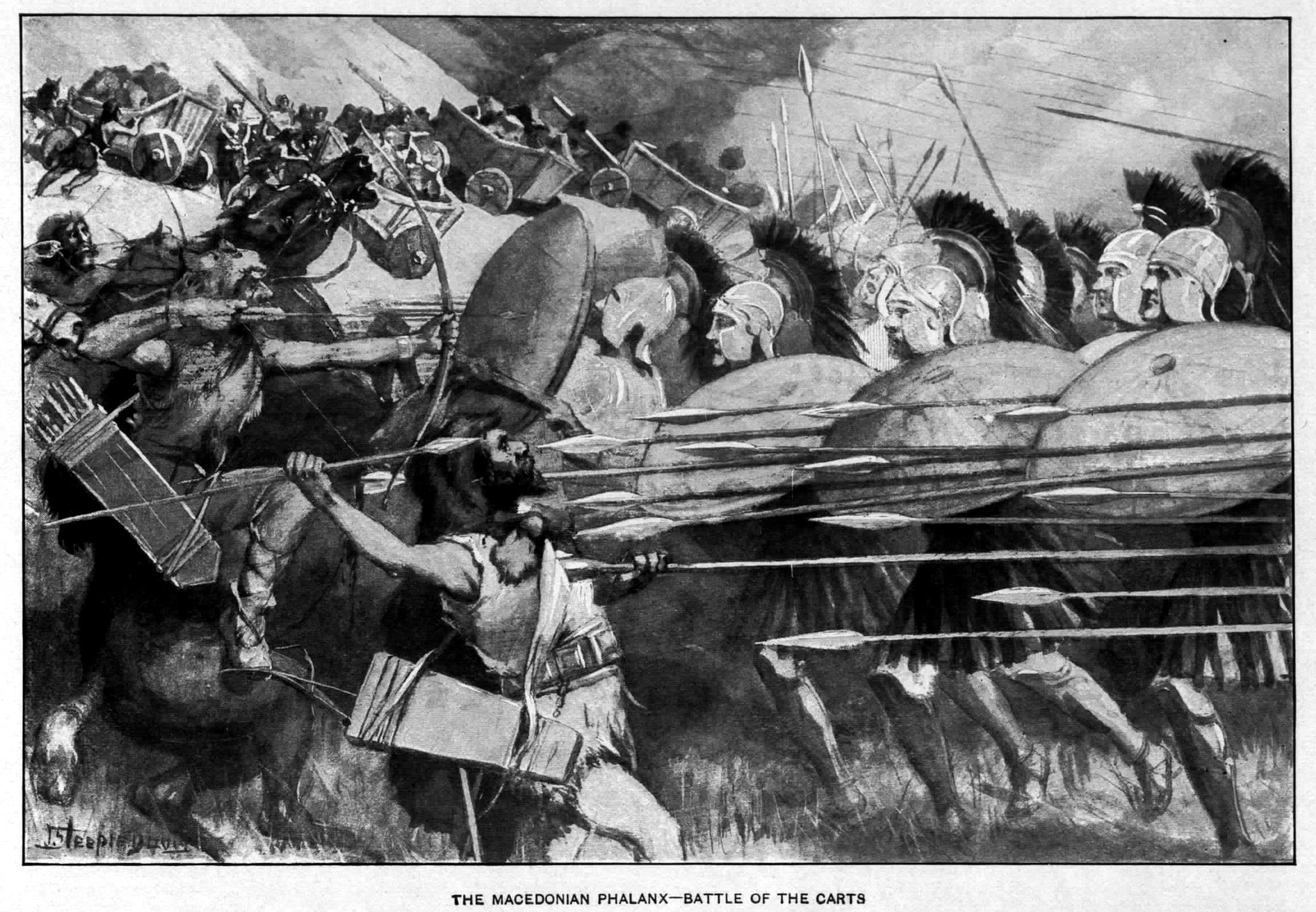 The Macedonian phalanx at the "Battle of the Carts" against the Thracians in 335 BC.

Booze can do a lot of things to a person, but when it comes to confidence, it’s an all-boosting substance. Even a meek person can become invincible. But when the drunks in question are confident, well, there’s no stopping what the drunken soldiers can do. This proved true back in 334 BC when two of Alexander the Great’s soldiers went rogue, inebriated, and made history with their efforts.

It took place when the former was at the beginning of his conquest on the Persian Empire. He had won at least one major battle at this point and traveled on to destroy the next big army that stood in their way: Myndus.

A stalemate took place and for months, soldiers tended to their own lives. Every so often they would launch a weapon or try to ram a gate, but essentially the enemies lived in a siege, with Alexander the Great’s men surrounding Myndus. However, the attack had been abandoned.

With too much free time on their hands, two of Alexander the Great’s men began bragging, not only at what they had done, but what they could do. The pair got drunker and more confident, until they had strapped on their armor and ran into the city.

Despite being heavy on the bottle, the men remained agile and in good fighting condition. They were underestimated by guardsmen, who are said to have laughed at the image of two men making their way toward the city walls alone. Thinking they could easily take the two drunkards, two defenders went over the city walls to take them on. However, this proved to be a fatal mistake; the drunken infantrymen proved to be more sound and agile than expected, creating a quick and evenly-matched battle.

Soon backups came from both sides, with the drunken soldiers’ comrades quickly climbing the wall to help save their fellow men. With neither side prepared, the armies fought quickly and fiercely, with little planning in place.

While the drunken men did not win the fight, they didn’t lose either – both sides retreated back into themselves, essentially going back to their same previous locations. However, with winter approaching and the art of surprise blown, the armies retreated, leaving the abandoned area to Alexander.

We’re sure it didn’t go down as the best thing these soldiers have done, but it likely wasn’t the worst, either. After all, they put up a good fight and made progress against the enemy … even if they had a miserable hangover to show for it. In fact, it might be the most progress drunken soldiers have made yet, but since there’s no record of that, we’ll have to keep guessing for ourselves.