The Japanese office worker who fought the Soviets in Afghanistan 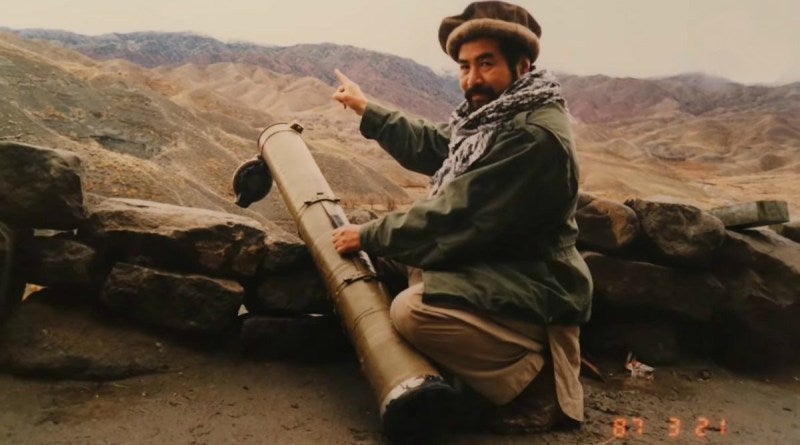 Remember when 13 Hours: The Secret Soldiers of Benghazi came out and everyone joked that Jim Halpert (John Krasinski) got bored of his office job at Dunder Mifflin so he left and became an operator? Well, that’s basically what Koshiro Tanaka did in 1985. He hated communists, so he went to Afghanistan to fight them.

After WWII, the Soviet Union retained the historically Japanese Kuril Islands, a major point of contention for Tanaka against both the Soviet and Japanese governments. He believed that Japan should have fought to at least preserve its cultural land. By the 1980s, he saw the growing Soviet presence as an existential threat to his country. Because Japan only had a 250,000-strong Self Defense Force, not a military, Tanaka feared the result of a possible Soviet invasion. “If Japan started fighting a war now, 50 million Japanese would die,” he said. “They [the Soviets] don’t want peace, they want land.”

Tanaka worked in a typical office job in Tokyo’s Shinjuku district when he decided to take up arms against the Soviets in Afghanistan. However, the 44-year-old was not without any training. Though he never served in the JSDF, Tanaka was a sixth-degree black belt in Kyokushin Karate and an instructor in the martial art. He brought his skills with him to Afghanistan and taught hand-to-hand combat to the U.S.-backed mujahideen.

Though he fought alongside them, Tanaka did not adopt the tenets of Islam that the Afghan guerillas fought under. Rather, he went into battle with the mindset of a samurai. Tanaka found that there were parallels between the two cultures. Where a mujahideen fighter could earn a spot in Heaven through martyrdom in the holy war, Tanaka sought glory and honor in combat like the samurai warriors of old. “I hope in my mind that I will have the samurai spirit when it is time to die,” he said. He even carried an extra grenade at all times to martyr himself rather than suffer the shame of capture.

Tanaka’s first combat experience in Afghanistan was a shock. He accompanied a mujahideen raid on a communist Afghan government post near Jadladak, 25 miles east of Kabul. “I didn’t know how to fight, how to move,” he recalled. “I felt a bullet go by my ear. I got a shot of adrenaline.” After that experience, Tanaka applied the same discipline he used in karate to learning how to fight with a Kalashnikov. He developed a reputation as a foreign fighter and even had numerous propaganda reports of his death published by the Afghan government. During his time in Afghanistan, Tanaka endured malaria, jaundice, kidney stones, and a broken foot bone.

Between 1985 and 1987, Tanaka made at least seven trips to Afghanistan. However, his actions were frowned upon by his own government and were denounced. “His characteristics are beyond our understanding,” said a Japanese Foreign Ministry representative. “He is kind of strange as a Japanese.” Though Tanaka’s views were shared by some of his countrymen who donated funds to his mercenary trips, he largely paid for them out of his own pocket.

In 1987, Tanaka wrote a book detailing his experiences in Afghanistan called Soviet Soldiers in a Gun Sight, My Battle in Afghanistan. He used the proceeds from the book to fund another trip to Afghanistan and purchased supplies for the mujahideen. “[They] need help, any kind of help,” Tanaka said in a plea for Japanese support. “They need weapons, bread, food, anything.”

Tanaka’s next trip took him to the Panjshair Valley where he linked up with the famous Afghan commander, Ahmad Shah Massoud. The mujahideen leader had taken up karate, but Tanaka reported that, “he’s not so good.” Massoud became a military and political leader in the Northern Alliance alongside Abdul Rashid Dostum of 12 Strong fame, but was assassinated two days before 9/11 in an al-Qaeda/Taliban suicide bombing.

Tanaka’s fight in Afghanistan ended with the Soviet withdrawal in 1989. He returned to karate and has taught in Pakistan, Afghanistan, Tunisia, Hawaii, and Germany. He remains an outspoken supporter of a democratic Afghanistan, often sporting a pin of the Japanese flag alongside the Afghan flag.