Everything you need to know about the Taliban 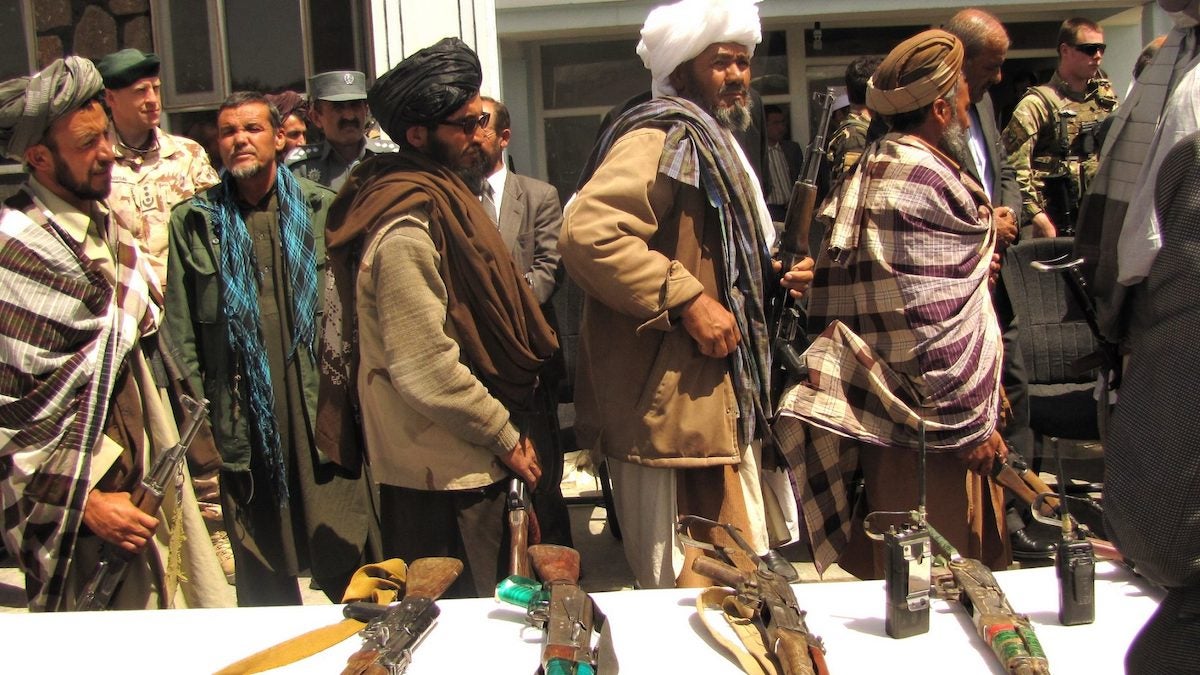 Fox Nation’s Lara Logan has a long history of covering terrorism as a journalist. She reported on the 1998 Embassy Bombings in Kenya and Tanzania, the Troubles in Northern Ireland, and she was on the ground in Afghanistan before the fall of the Taliban in Kabul to American Forces following the September 11, 2001 attacks on America.

In the latest season of “Lara Logan Has No Agenda,” the seasoned war and foreign affairs correspondent is detailing the most important information about the most dangerous radical terrorist groups in the world today – and she’s starting with the Taliban.

The first episode of the series, “Sacrificing Afghanistan,” she talks about how the Taliban took over the country, sitting down with Afghan Vice President Amrullah Saleh who is continuing the fight against Taliban rule from Afghanistan’s Panjshir Valley.

As Taliban fighters continue to reinforce their positions and mop up resistance from former Afghan Special Forces in areas under their control, the future of the country is still uncertain. But before delving into Logan’s in-depth report on the Taliban takeover in the wake of the U.S. withdrawal, it’s important to consider how the Taliban became such a force in Afghanistan in the first place.

Who are the Taliban?

In the Pashto language, “Taliban” means “students,” and those students emerged from the religious schools preaching a hard-line, fundamentalist form of Islam from Saudi Arabia called Wahhabism. The movement emerged from predominantly Pashtun areas following the withdrawal of Soviet troops from Afghanistan in the early 1990s. Their mission was to restore peace to Afghanistan with strict Sharia Law.

Though never fully a politically-stable country, Afghanistan was a constitutional monarchy in the mid-20th century, but modernization efforts led to a more liberal republic for many years, where the people – especially women – enjoyed freedoms similar to those in the West. Then the Soviet Union invaded.

The Soviet Invasion of Afghanistan plunged the country into a decade of war and insurgency. Various factions, including mujahideen fighters funded by the United States and Islamic countries, fought the Soviet occupation and communist government. The Soviet withdrawal left a power vacuum in the Afghan government and the country fell into a state of civil war.

The students from the Pashtun regions – the Taliban – began to draw support with the promise of restoring order and maintaining peace. As their influence grew, so did the number of soldiers under their control. By 1995, they captured Herat Province on the Iranian border. In 1996, they captured Kabul, unseating President Burhanuddin Rabbani, a former anti-Soviet mujahideen fighter. Two years later, the Taliban controlled 90% of Afghanistan.

Once in power, they maintained popular support by ending corruption in the government, stamping out crime and banditry, and allowing for people to make a living through commercial ventures. But the Islamic law they implemented would turn many Afghans against them. Men were forced to grow beards while women were forced to wear the burqa that covered their whole bodies.

Music, movies and television were banned as public executions became commonplace. The Taliban were soon accused of human rights violations and cultural atrocities, such as the destruction of the Bamiyan Buddha statues. These all sparked international outrage. Only three countries, Pakistan, Saudi Arabia, and the United Arab Emirates ever acknowledged the Taliban as the legitimate government of Afghanistan.

The fall of the Taliban

Not everyone in Afghanistan supported the Taliban as the government. When Afghan Vice President Amrullah Saleh declared he would resist the Taliban from Panjshir Valley in 2021, he said he would carry on the legacy “my hero Ahmad Shah Masoud, the commander, the legend & the guide.” Masoud, also known as the “Lion of Panjshir,” was an anti-communist fighter and after the Taliban takeover, led the resistance against the group from the Panjshir Valley until he was assassinated in 2001, two days before the 9/11 attacks on the United States.

He became the military and political leader of the United Islamic Front for the Salvation of Afghanistan or Northern Alliance, who would ultimately partner with U.S. forces during the American invasion of Afghanistan that would remove the Taliban from power and begin a 20-year war for control of the country.

Fox Nation viewers know what happened during the 20 years following the American ousting of the Taliban, but you can find out what’s next for Afghanistan and the Taliban on “Lara Logan Has No Agenda,” streaming on Fox Nation, where active military and veterans can get a free subscription.