These pilots fought back at Pearl Harbor - We Are The Mighty

These pilots fought back at Pearl Harbor 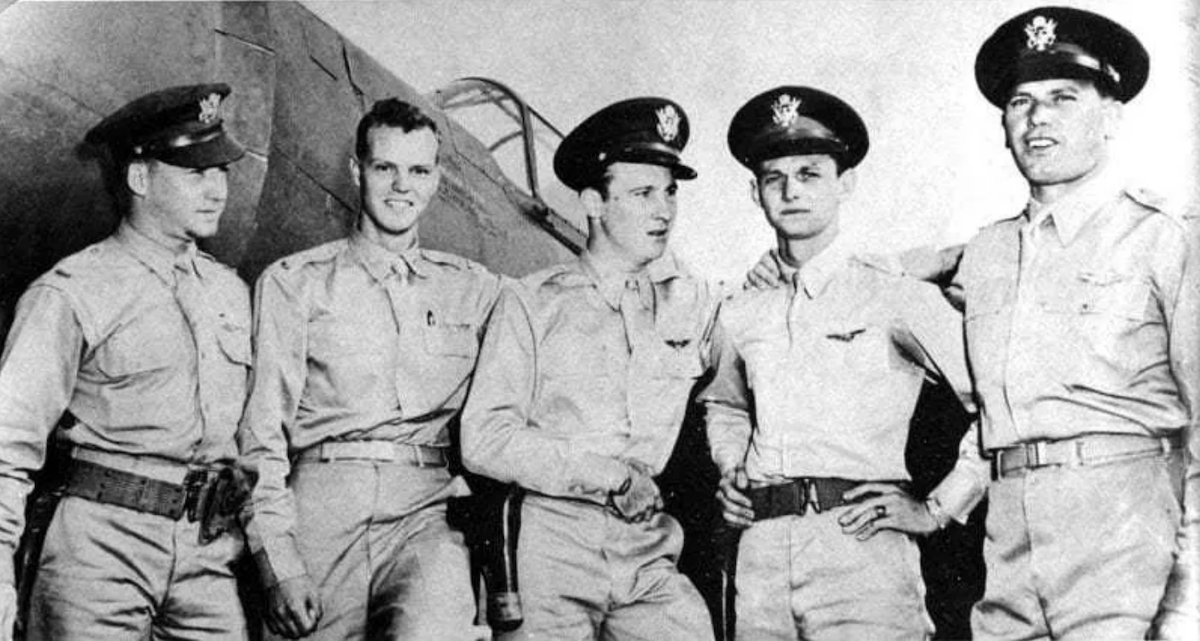 December 7, 1941 is a date which will live in infamy. The Japanese surprise attack on Pearl Harbor took the lives of 2,403 Americans, wounded 1,178, and served as the catalyst for America’s entry into WWII. Multiple factors like Japanese misinformation, American focus on the war in Europe, and the fact that the attack took place on a Sunday contributed to the high loss of American life that day. Despite the surprise nature of the attack and the low state of readiness of American military forces in Hawaii, American servicemen fought back valiantly. With the sky littered with Japanese aircraft, American aviators did their best to get airborne and repel the attack. Though 14 Army Air Corps pilots tried to take off, most were shot down as they taxied. However, a few of them managed to get airborne and take the fight to the skies.

2nd Lt George Welch and 2nd Lt. Kenneth Taylor spent the evening of December 6th at the Wheeler Field officers club and an all-night poker game. The next morning, as the two men discussed the idea of an early morning swim, they were alerted to the attack by the sound of distant gunfire and explosions. Miles away from their airfield at Haleiwa, they phoned ahead to have their Curtiss P-40 Tomahawk fighters fueled and armed before they hopped into Taylor’s Buick and raced toward the fighting. Reaching speeds of 100mph on their dash to the airfield, the two men were attacked by Japanese planes who attempted to strafe them on the ground.

When they reached the airfield, their P-40s were only partially loaded with ammunition. Despite this, and with Taylor still wearing his tuxedo pants from the night before, the two men took off. They engaged a formation of Nakajima B5N2 Kate torpedo bombers and shot down two each. However, one of Welch’s .30-caliber guns jammed and Taylor was hit in the arm and leg by a tail gunner, and the two returned to the airfield.

As they refueled and rearmed, their mission was debated. “We had to argue with some of the ground crew,” Welch recalled. “They wanted us to disperse the airplanes and we wanted to fight.” As their planes were refitted and Taylor was advised to remain grounded to have his wounds treated, a second wave of Japanese planes appeared. With Welch’s jammed gun still not cleared and Taylor refusing medical treatment, the two men took off again. Soon after, Taylor caught the attention of a flight of Mitsubish A6M2 Zero fighters. Welch managed to shoot one of the Zeros off of Taylor’s tail before pursuing an Aichi D3A Val dive bomber out to sea and shooting it down.

Welch and Taylor are officially credited with six kills during the attack on Pearl Harbor. “We went down and got in the traffic pattern and shot down several planes there,” Taylor recalled. “I know for certain I shot down two planes or perhaps more; I don’t know.” Taylor later appeared before Congress to testify during an investigation into the attack.

For their actions, Welch and Taylor both received the Distinguished Service Cross. Though General Henry “Hap” Arnold recommended both men for the Medal of Honor, the honor was denied by their commanding officer because they had taken off without permission.

The other three aviators who managed to take off, 1st Lt. Lewis Sanders, 2nd Lt. Philip Rasmussen (who was still in his pajamas), and 2nd Lt. Gordon Sterling, were at a slight disadvantage compared to Welch and Taylor. Though their Curtiss P-36 Hawk fighters were very similar to Welch and Taylor’s P-40s, the P-36 had a less powerful radial engine. Still, the three men managed to get airborne. “We climbed to 9,000 feet and spotted Japanese ‘Val’ dive bombers,” Rasmussen recounted in a 2002 interview. “We dived to attack them.” Sanders is credited with one enemy aircraft kill. Sadly, after this initial attack, Sterling was shot down and drowned after getting out of his plane.

Rasmussen, who witnessed Sterling’s death, charged his guns only to have them malfunction and begin firing on their own. In an incredible stroke of luck, a Japanese plane flew into the uncontrolled burst of fire and exploded. Rasmussen got his guns back under control and, after shaking two Zeros off his tail, managed to score one more kill. That was when he felt his aircraft get hit.

“There was a lot of noise,” Rasmussen recalled. “He shot my canopy off.” Rasmussen’s P-36 had lost its hydraulics and tail wheel. Nursing his badly damaged plane back to the airfield, he managed to land without his brakes, rudder, or tail wheel. It was later discovered that two 20mm cannon shells had lodged themselves in the bulky radio behind the pilot’s seat which saved Rasmussen’s life.

2nd Lt. John Dains, 2nd Lt. Harry Brown, and 2nd Lt. Malcolm Moore also managed to get airborne at Pearl Harbor. Moore did not score any kills during the attack and Dains’ suspected kill remains unconfirmed. Brown, however, is credited with the final American kill of the attack.

Of the 29 Japanese planes shot down at Pearl Harbor, these men were responsible for 10. Though America’s war in the Pacific began with a badly bloodied nose, men like Welch, Taylor, Sanders, Rasmussen, and Brown gave the Japanese a taste of what was to come.