How to honor the bombing of Pearl Harbor 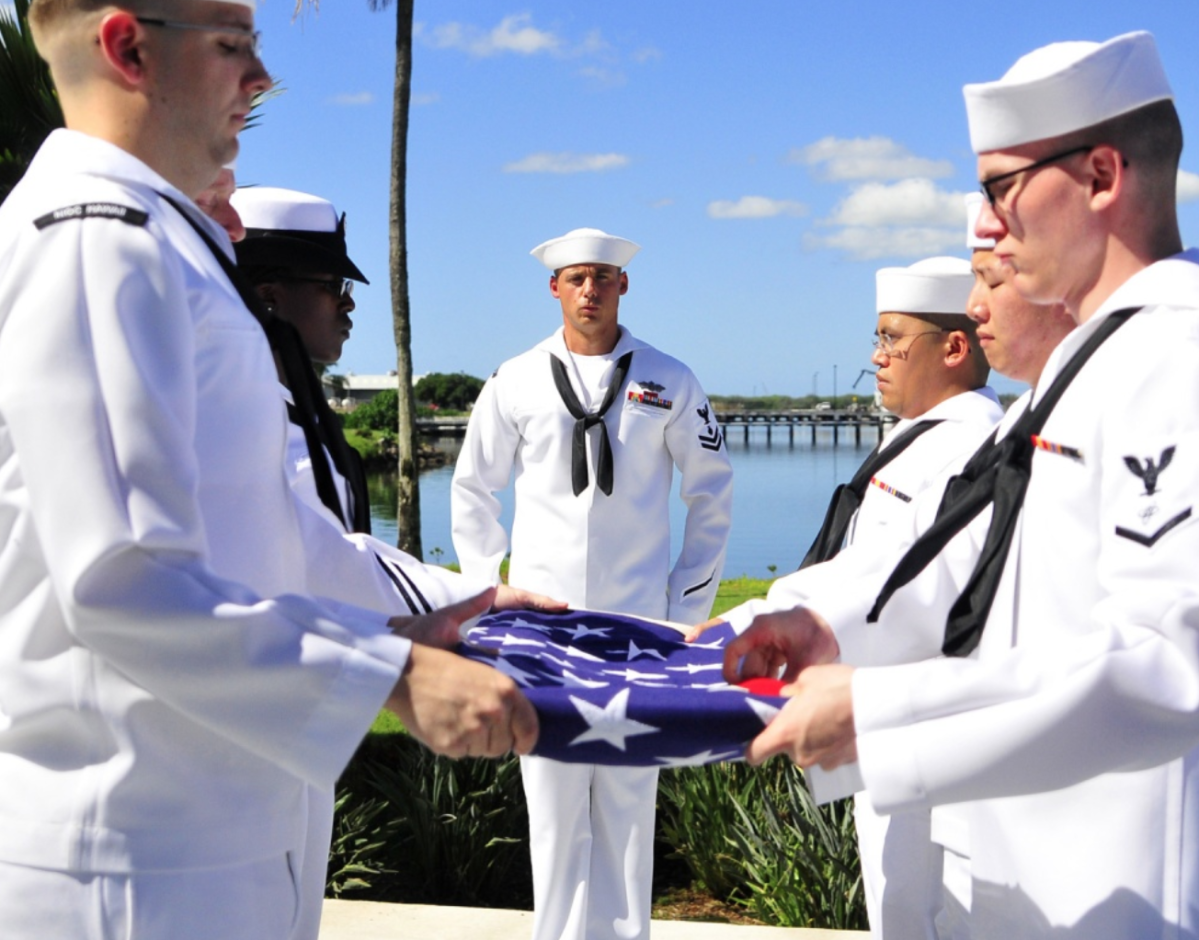 National Pearl Harbor Remembrance Day is December 7. On Monday, the American flag will fly at half-staff from sunrise until sunset to honor the 2,403 service members and civilians who died in the attack.

In the early hours of what many expected to be a quiet Sunday on December 7, 1941, the Imperial Japanese Navy Air Service attacked the still-neutral United States at Naval Station Pearl Harbor. Much of the rest of the world was involved in WWII’s ongoing conflict, but the United States hadn’t yet declared war on Germany or Japan.

The attack was swift, cruel, and ruthless. Aircraft boldly marked with bright red discs proclaiming them as Japanese attacked the harbor from all directions. Torpedo planes flew low over the water and launched torpedoes toward the attack’s primary target – Ford Island’s Battleship Row. The attack struck four battleships – the USS West Virginia, the USS Oklahoma, the USS California, and the USS Nevada and damaged four others in the navy yard. Dive bombers destroyed buildings, aircraft, and hangers at Hickam Field and on Ford Island.

Service personnel attempted to escape the burning ships by jumping into oil-covered water, which resulted in them being burned alive. The attack killed several thousand Americans and injured 1,178 others. All told, three cruisers, three destroyers, and a minelayer were destroyed, along with 188 aircraft and damage sustained to 159 others.

That was just the first wave.

The second squadron of Japanese planes arrived about half an hour after the first. This wave of dive bombers concentrated on the southeast side of Ford Island. The battleship Pennsylvania was damaged, as were two other destroyers at the Ford Island dock. The USS Nevada famously tried to pursue the dive bombers, but at least six bombs struck the battleship, and the captain of the ship intentionally beached it to prevent further damage.

The entire attack took less than two hours and left the US Pacific Fleet in almost complete ruin. The following day, President Roosevelt gave his now-famous Infamy speech. The first line of Roosevelt’s speech called the surprise Japanese attack “a day which will live in infamy.” Though the speech was relatively short – just over seven minutes – it’s one of Roosevelt’s most famous. An hour after Roosevelt’s speech, the United States Congress declared war on the Empire of Japan. America was no longer neutral in the war against Nazi Germany and Imperial Japan. Within months, the war effort was mobilized, and service members were preparing to deploy across the country.

In January 1945, the USS Missouri left for the Pacific Theater from Pearl Harbor. Throughout its 50 year career, the battleship saw conflict in three separate wars.

The ship’s final voyage was sailing into Pearl Harbor on December 7, 1991, to mark the attack’s 50th anniversary.

In 1994, the US Congress designed December 7 as the National Pearl Harbor Remembrance Day. Most years, Pearl Harbor survivors, veterans, and visitors come together to honor those killed in the attack. Generally, these events converge at the Pearl Harbor National Memorial and end with a commemoration ceremony.

This year’s commemoration will compress the usual week-long series of events to better protect WWII veterans. The event will be closed to the public but will be live-streamed via the Pearl Harbor National Memorial Facebook page. Honor the events of Pearl Harbor by watching the commemoration.