Does this presidential ghost haunt the White House? - We Are The Mighty 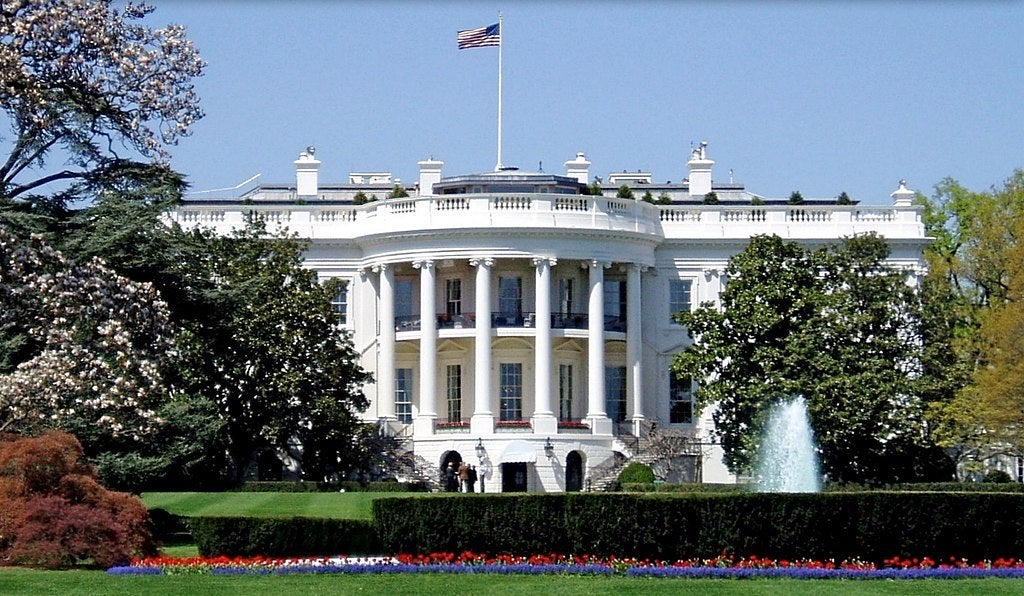 Front view of the White House. Image via Wikimedia Commons.

With hundreds of inhabitants who have lived in the White House, there are bound to be a few tall tales come out of the location. But what stories are real?

For decades, residents and guests alike have listed one ghost in particular: that of Abraham Lincoln. Supposedly he makes his appearance in a few locations: the Lincoln Bedroom – after all, it’s named after him, served as his cabinet room, and is still furnished with some of his era pieces, and the Yellow Oval Room.

His is the most reported spirit within the White House, having first been reported by Grace Coolidge in 1865.

Prime Minister Winston Churchill and Queen Wilhelmina of the Netherlands have also gone on record, claiming to have seen Lincoln’s ghost. Churchill said he got out of the bath (with his cigar, of course) to see Lincoln sitting by the fireplace. While Queen Wilhelmina answered a knock on her door to find Lincoln in his top hat in the hall. She was so startled that she fainted.

Others have said they felt Lincoln’s presence, most often late at night, if they didn’t see him firsthand. For instance, a seamstress who went searching after hearing loud noises. Upon finding no one in the room, she attributed the noises to “Old Abe pacing the floor.”

Sightings are also attributed to Ronald Reagan’s dog, who regularly barked at the Lincoln bedroom door, even when it was not occupied.

But Lincoln isn’t the only ghost rumored to make an appearance. In fact, he’s not the only Lincoln who’s been spotted in the White House. His son, WIllie, passed away at the age of 11 while the family lived in the White House. Reports throughout the 1870s claimed to have seen Willie’s ghost. This is exasperated by the fact that Mary Todd, Willie’s mother and First Lady, held seances out of grief. She held spirit circles in the Red Room and in the Presidential Cottage. (Spirit circles and such were considered a common practice at the time.)

Mary Todd is also said to have witnessed and/or heard Andrew Jackson on occasion. She and others claim that he laughs, stomps, and swears, as well as returns to his bed in the Rose Room.

In addition, Thomas Jefferson is said to return to the Yellow Oval Room, Dolley Madison to the Rose Garden, John Tyler to the Blue Room, and William Henry Harrison the attic.

However, Lincoln still takes the top spot for number of appearances. Experts have been called in to look into the matter and many believe that Lincoln appears in time of political distress, which is why he’s said to show up more than any other former president’s spirit.