Winston Churchill (initially) hated the tank named after him 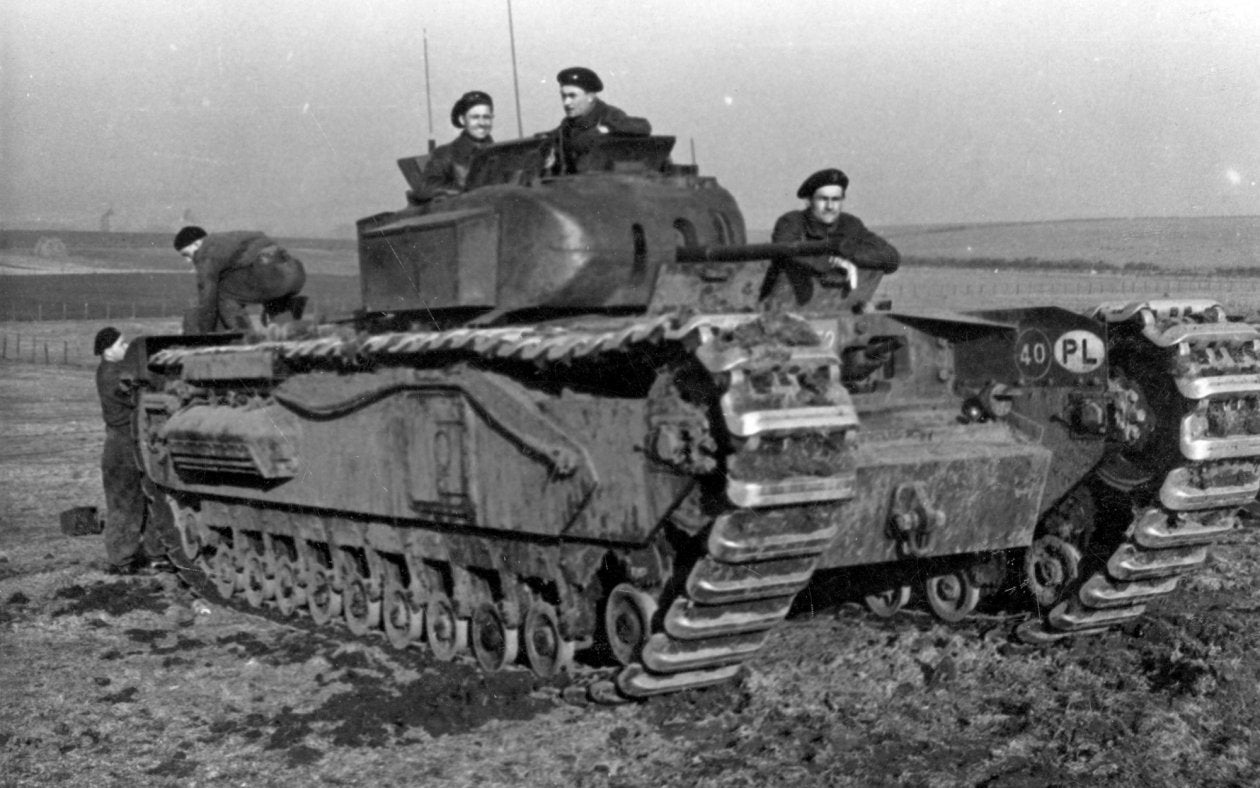 Having a military ship or tank named after you is usually a pretty big honor. But what happens if the vehicle turns out to be dud (at least, at first)? Such was the case for British Prime Minister Winston Churchill.

In the First World War, Britain pioneered armored warfare with their landship heavy tanks. Rhomboidal in shape and long in length, the British tanks crawled across trenches on their rotating treads and brought about a new age in warfare.

After WWI though, British tank design stagnated. The prevailing thought was that any future wars would simply be repeats of the trench warfare stalemates. As such, British designers focused on long heavy tanks that could cross wide trenches at a walking pace.

However, in Germany, tank design went in a different direction. While armor and armament were certainly design factors, mobility was also heavily considered. German doctrine was built around the concept of mechanized infantry supported by airplanes and armored fighting vehicles. Rather than build their army for the previous war, Germany came up with a new kind of war: blitzkrieg.

The Churchill’s design was specified just before the outbreak of WWII. Designated A20 by the General Staff, it was meant to supplement the smaller Matilda and Valentine infantry tanks. All three tanks were designed with WWI trench warfare in mind and were slow but heavily armored. Still, the Churchill wasn’t equipped to fight toe-to-toe with fast German armor. The A20 sported a hull-mounted 3-inch howitzer for attacking fortified positions and a QF 2-pounder gun in its turret which was limited in its tank-killing ability.

Following the fall of France and the elimination of any ideas of trench warfare in 1940, work began on the Churchill A22 variant. Upgrades to the design were based on combat lessons learned by the Polish and French. However, with fears of an invasion of Britain, priority was placed on production rather than upgrades. In fact, the user handbook from manufacturer Vauxhall included a leaflet which stated, “Fighting vehicles are urgently required, and instructions have been received to proceed with the vehicle as it is rather than hold up production. All those things which we know are not as they should be will be put right.” That must have been comforting to British tankers.

In 1941, production of a new turret began. It was designed to house the larger QF 6-pounder gun, a more capable anti-tank weapon. The next year, the Churchill tank saw its first combat during the Dieppe Raid on August 19, 1942. Codenamed Operation Jubilee, the raid was an amphibious operation at the port of Dieppe in northern France. The raiding force consisted primarily of Canadian soldiers supported by a regiment of tanks and RAF fighters. A successful raid would boost morale like the Doolittle Raid against Japan did. Moreover, the seizure of the port would validate the feasibility of future amphibious raids and even the D-Day invasion.

The Churchill tanks used at Dieppe were a mixed bunch. Some had 2-pounder turret guns and hull-mounted howitzers while others were armed with the newer 6-pounder turrets. Three were even equipped with flame throwers. However, they became bogged down on the beach and were unable to clear the German shore obstacles. Coupled with withering fire from defensive positions, the tanks and infantry failed to achieve their objectives. Less than six hours after the landing began, the raiders were forced to retreat. The raid lasted just ten hours. Of the 6,086 men who landed, 3,623 were killed, wounded or taken prisoner. Churchill famously said of the tank bearing his name, “That is the tank they named after me when they found out it was no damn good!”

Still, none of the Churchills at Dieppe were penetrated by German fire while they were manned. Moreover, they covered the retreat of the infantry and most were only captured after they had expended all of their ammunition. The month after the failed Dieppe Raid, Churchills saw action in North Africa at the Second Battle of El Alamein. There, one Churchill reported being hit up to 80 times. Of the eight Churchills, only one was knocked out.

Also in Africa, in 1943, Churchill tanks made one of the greatest contributions to the Allied war effort. On April 21, the Battle of Longstop Hill was fought. During the German armored counter-attack, Churchill 6-pounder guns managed to disable a Tiger tank. One shot disabled the Tiger’s turret taverse, radio and wounded some of its crew. Another shot disabled the gun’s elevation device. Finally, a third shot hit the loader’s hatch and wounded more of the Tiger’s crew. The Germans abandoned their tank which the British later recovered. It would be studied by the Allies who evaluated it for weaknesses that could be exploited by troops who came up against Tigers on the battlefield.

Despite its initial underperformance, the Churchill rebuilt its reputation as a fighting tank. It was vital to the allied success on the western front. During the D-Day landings, Churchill variants like the flame-throwing Crocodile, bunker-busting AVRE, and bridge-laying Armored Ramp Carrier helped the Allies seize the beaches and establish footholds. During the sweep across France, Churchill tanks and their heavy armor supported infantry in clearing towns of German forces. In Germany, the long Churchill tanks were able to traverse the muddy terrain of the Reichswald Forest better than any other Allied tank.

Although it was designed for the previous war and initially hated by its users and namesake, the Churchill tank proved to be a capable and necessary WWII weapon. In fact, Churchill Crocodiles were even used to great effect during the Korean War. The tank remained in British service until 1952.