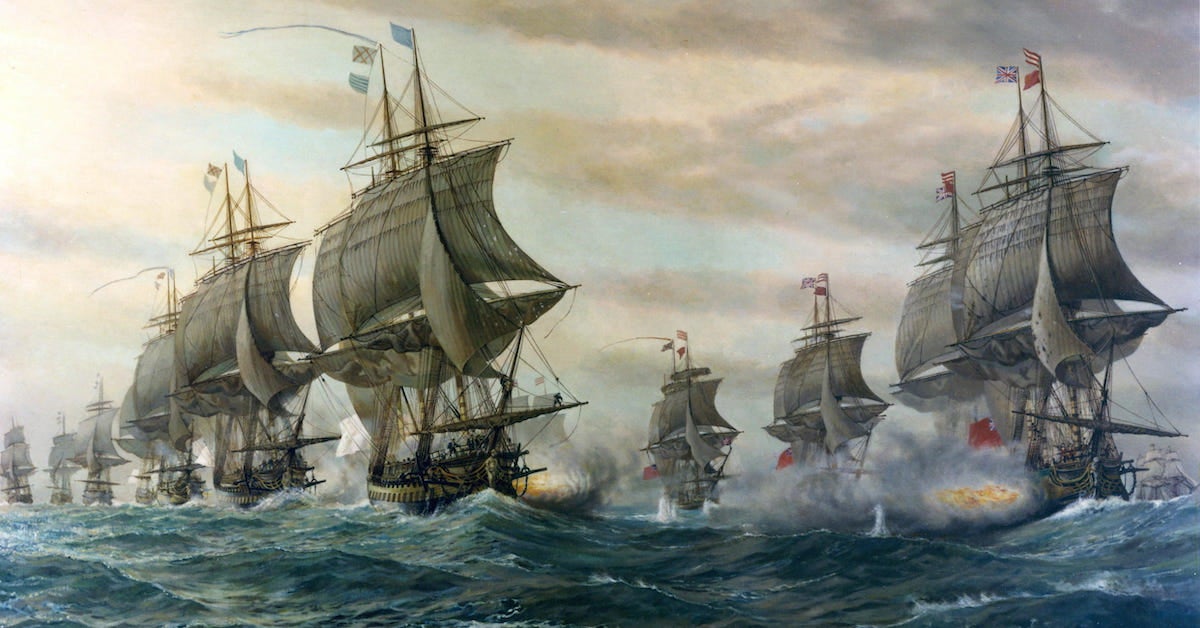 It’s no secret that the early American revolutionists were up against a serious enemy when it came to the British Navy. Not only was the British Navy, one of the most experienced in the world, but their fleet was massive. Compared to the small, inexperienced, and fledgling Navy of early America, we almost didn’t stand a chance.

That is until tens of thousands of citizen sailors stood up and answered the call for freedom.

Fed up with British society’s confines, these tens of thousands of sailors played a critical role in America’s quest for independence, but are largely forgotten from the history books.

These so-called privateers accounted for more than 2,000 sailors in our early Navy and were all commissioned by both the Continental Congress and states. Together, the armada preyed on British ships on both sides of the Atlantic Ocean, which severely disrupted the British economy and turned British public opinion against the war.

But who were these privateers?

A tradition that dates back to the Middle Ages allows countries at war to license private seamen to seize and plunder enemy vessels. It’s important here to note that privateers were different from pirates because pirates didn’t have legal authorization to plunder ships. Privateers had official letters from governments condoning their actions. Admittedly, the difference between pirates and privateers seems a little murky at best. But either way, the privateers at the helms of ships in the days of the Revolutionary War had one goal in mind: destroy as many British ships as possible.

Early America was as cash strapped as one would expect a fledgling colony to be. We were attempting to extricate ourselves from British rule, which was expensive. Early leaders knew that there’s no way our inexperienced Navy would ever be able to challenge Britain on the seas, but we did have one specific advantage. We didn’t really have anything to lose.

So the Continental Congress decided to capitalize on that. It issued money to privateers as guerrilla-style naval disruptors and told them to do whatever it took to stop British ships. And that’s exactly what they did.

Privateers were required to post bonds of up to 5,000 pounds as collateral to ensure that captives taken from British ships wouldn’t be mistreated. These sailors for hire also promised not to knowingly raid American or neutral ships. George Washington leased the ships and set out to man them with competent sailors up to the task.

The chance was once in a lifetime, and Washington sweetened the deal by offering one-third of all the goods the privateers captured and sold. In this appeal to the privateers’ financial self-interest, soon, Washington had more volunteers than he knew what to do with. Financial incentive coupled with a newfound patriotism for their fledgling country ensured helped awake the early spirit of capitalism, and for the first time in their lives, these sailors realized they might actually be able to make some money.

Whalers, merchants and fishermen set out to convert their ships. By May 1775, there were over 100 New England privateers roaming the high seas, all with the same solitary goal in mind. Privateering became so popular that the Continental Congress started issuing blank commission forms for sailors to fill out themselves.

Had it not been for the blossoming spirit of patriotism and the allure of cold hard cash, it’s possible that the Revolutionary War might have turned out very differently. Privateers helped to damage the British economy and undermine British policy, all helpful for the war effort. Ultimately, the privateers helped to capture over 2,000 British naval vessels. Faced with two fronts, one on British soil and one on American soil, the British Navy was very challenged to keep up with the constant barrage of privateers. Ultimately, this helped us win the war and gain our independence from Britain.