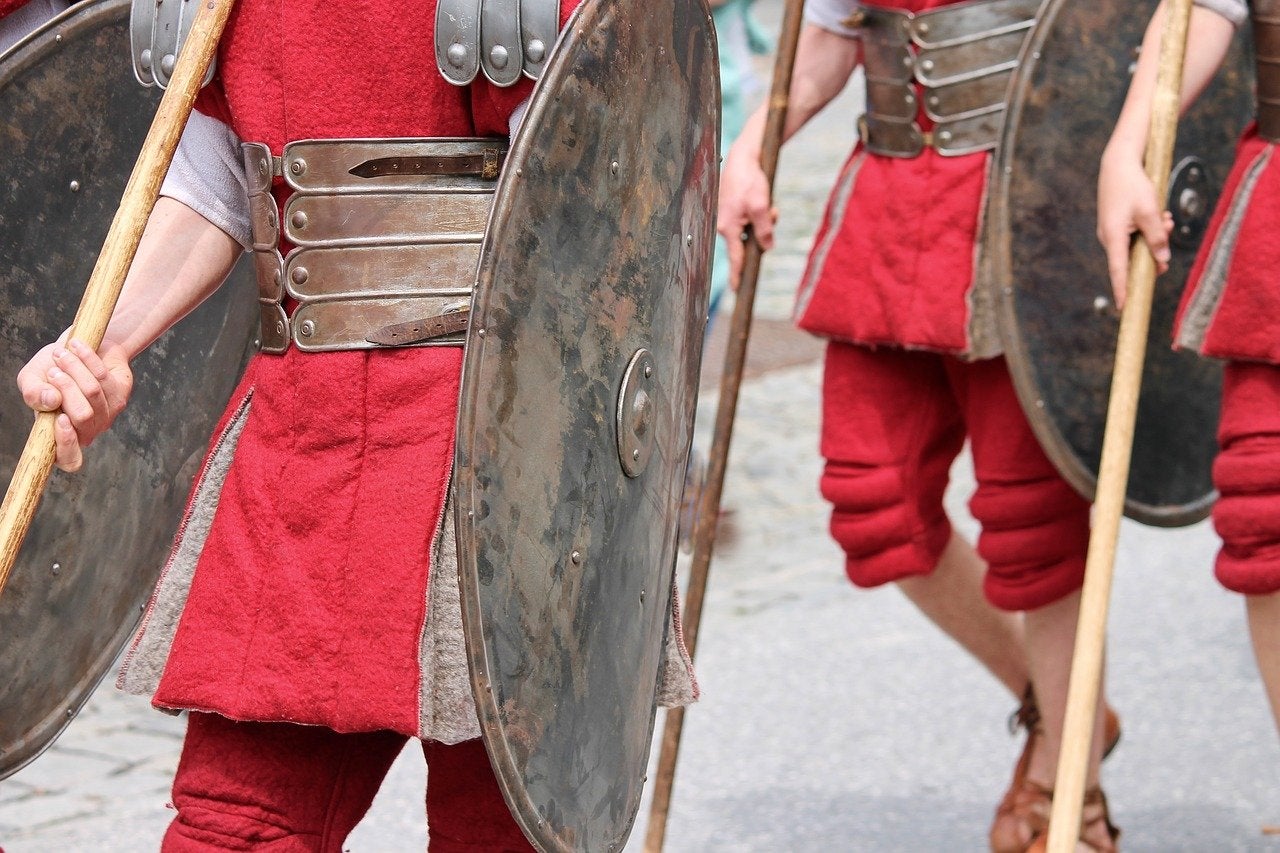 Just like today, when it comes to leave, the leadership will reluctantly approve leave only when they’ve run out of excuses not to. In ancient Rome, if commeatus (leave) is granted, it affected the readiness of the army. Essentially, the needs of the army come first. The troops of ancient Rome had to accept that visiting families was not guaranteed. However, as much as the empire tried to prevent their soldiers from having human needs, they couldn’t stop nature.

When anyone receives leave of absence (commeatus), and for how many days, it is noted down in lists. For in antiquity (referring here to the early empire) it was difficult to be given unless for very good approved reasons. It seemed incongruous that a soldier of the Emperor, maintained in uniform and pay and rations at public expense, should have time to serve private interests.

How dare you have a life outside the legion? Having feelings is bad, legionnaire. What does the emperor pay you for? Also, we’re extending your service from 16 years to 25. – Some Roman general probably.

Once a troop is allowed to go on leave, the world is still not a safe place. War stops for no one and the road home also had its fair share of dangers. For the troops staying behind it meant lowered security with dire consequences.

The bridge was now complete, and the hills in front were occupied, […] with a speed and a display of strength which induced the Parthians to drop their preparations for invading Syria and to stake their whole hopes upon Armenia; where Paetus, unconscious of the coming danger, was keeping the fifth legion stationed far away in Pontus, and had weakened the rest (the fourth and twelfth legions) through unrestricted grants of leave, until he heard that Vologeses was coming with a large and threatening army.

Commanders had good reason to deny leave because of the threat of fighting the enemy with a smaller force. Similarly, in today’s military leave can be denied due to important training. It is at the discretion of the commanding officer to consider if will not affect crucial training.

The Roman troop on leave would attend financial and administrative tasks at home. The best time to request leave, just like today, would be during a holiday season. Saturnalia was practically the purge with less murder. A troop would go on leave, have fun, and return when he said he would.

Originally celebrated on December 17, Saturnalia was extended first to three and eventually to seven days…All work and business were suspended. Slaves were given temporary freedom to say and do what they liked, and certain moral restrictions were eased. The streets were infected with a Mardi Gras madness; a mock king was chosen (Saturnalicius princeps); the seasonal greeting io Saturnalia was heard everywhere.

Lupercalia was another holiday that Romans looked forward to on February 15. It was tied to the founding of Rome myth and promoted fertility. The holiday would start with a ritual sacrifice called the Comitium at a cave named Lupercal at the foot of Palatine Hill. Roman priests would then run naked through the streets and slap women on the breast with bloody bits of goat hide to promote fertility. Additionally, men and women would be paired at random during the festival and there would be a great feast. The holiday consisted of lovemaking and copious amounts of wine. ‘I need my leave approved for…reasons, sir.’

A Roman soldier on leave is not on vacation

While on leave any number of things could happen such as a volcano explosion causing the mass evacuation and destruction of a major city. Normal stuff in the ancient Roman Empire. One Roman soldier on leave experienced the eruption of Mount Vesuvius in 79 AD and found himself with a tough decision to make – save himself or save civilians. At an archeological site at the ancient Herculaneum marina reveals a daring last stand of a Roman soldier attempting to keep order and cross civilians as the world around them burned. When A roman soldier went on leave he could either tend to his family, party like an animal, or take charge of a life or death situation. The following video shows the bravery of solider against impossible odds.