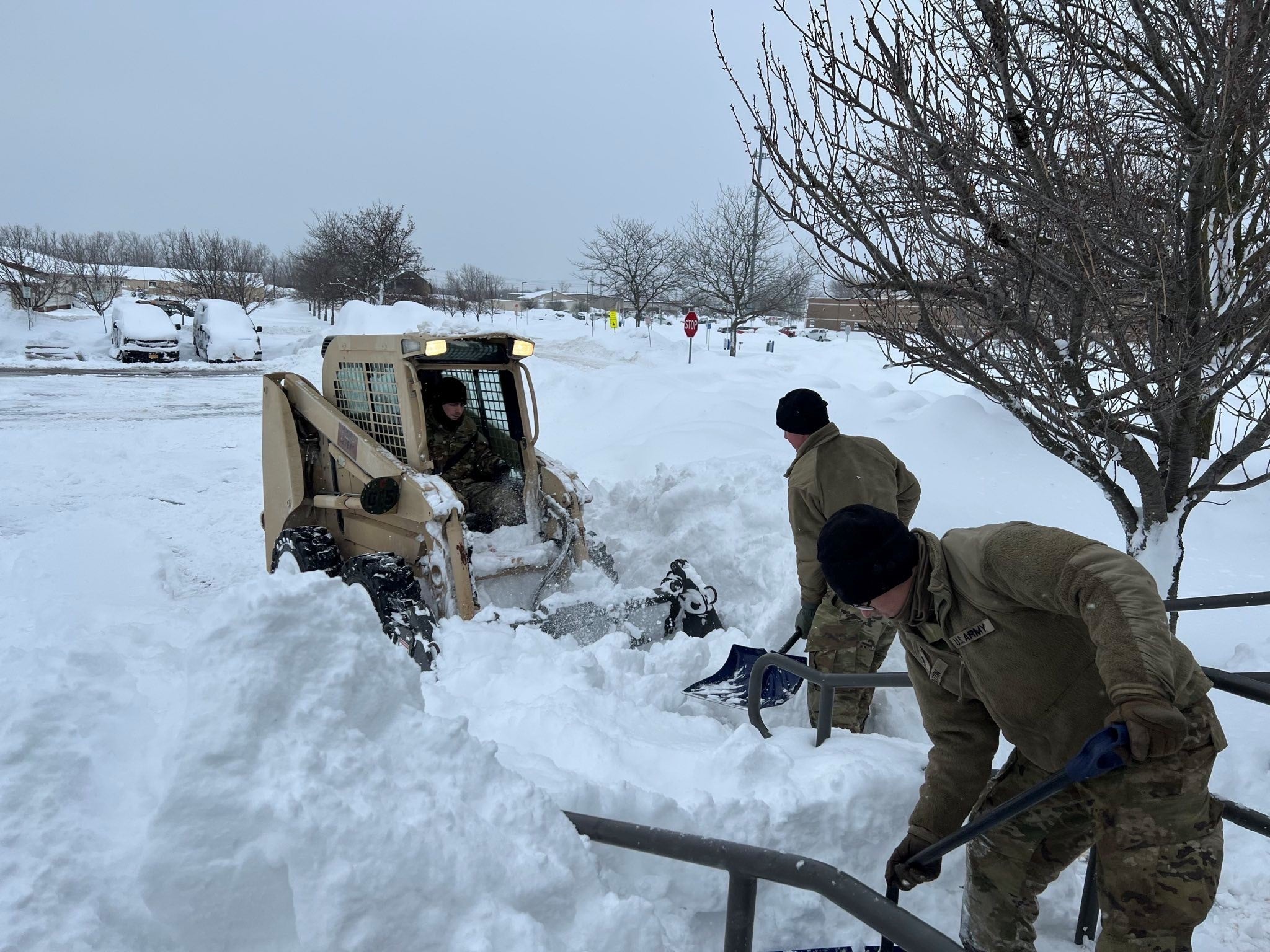 The organizational march of the National Guard is “Always Ready, Always There!” As citizen soldiers and airmen, the Guard is prepared to mobilize to serve the country overseas or their community at home. In response to the massive snowstorm that hit the Buffalo, New York area over the Christmas 2022 weekend, New York Guardsmen were activated to provide relief to their neighbors.

The New York National Guard had 460 soldiers and airmen on state active duty on December 27, 2022. A further 80 troops were activated to augment them. Several feet of snow fell in the Buffalo area along Lake Erie from December 24-26. Electricity was knocked out to many homes and roads were blocked by the heavy snowfall. Nearly 40 have been killed as a result of the snowstorm with more casualties expected. “This is an epic, statewide hazard,” said New York Governor Kathy Hochul during a press conference.

Working with local police officers and other public servants, New York Guardsmen conducted health and wellness checks on residents, cleared snow, transported healthcare workers to and from medical facilities and even brought some patients to hospitals. At least 86 people were rescued from hazardous situations, including one woman who was rushed to the hospital right before giving birth.

The National Guard brings enhanced capabilities to assist government agencies including the Department of Transportation and the New York Thruway Authority. A front-end loader and skid steers were deployed by the 827th Engineer Company to help clear snow. Meanwhile, the 174th Attack Wing from Hancock Air National Guard Base in Syracuse deployed a a debris clearance team, a general-purpose support team, and a runway snowblower.

“We continue to work around the clock with local leaders to respond to this historic storm and are in contact with the White House to secure critical federal assistance to help our communities recover,” Gov. Hochul said. “I encourage everyone to continue to look after one another, stay off the roads and take precautions to stay safe in your home.”