Retirement is the beginning of life 2.0 - We Are The Mighty

Retirement is the beginning of life 2.0 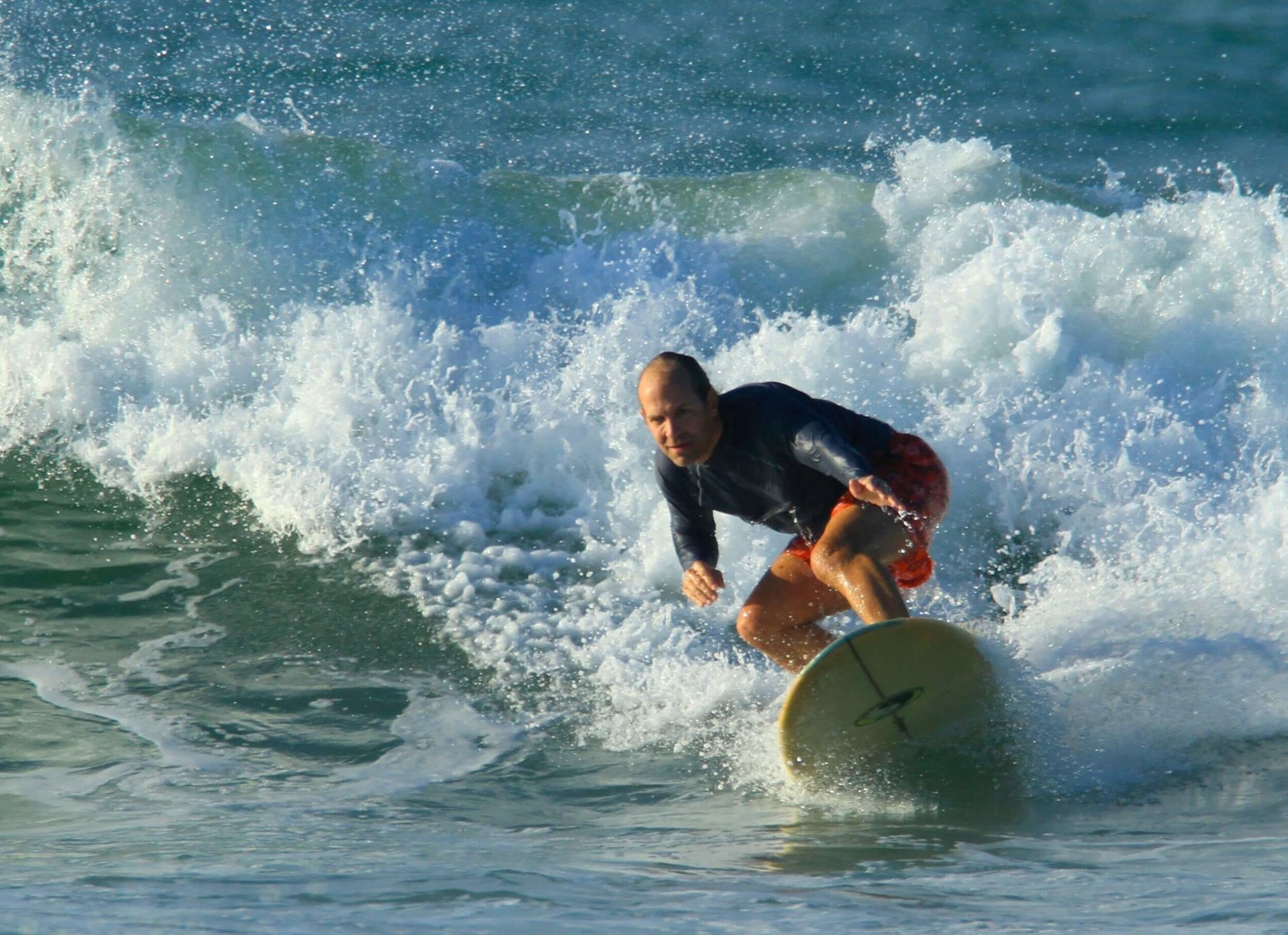 Doug Nordman is admittedly hooked on surfing. It makes him feel as if he’s flying atop the water. This is an interesting contrast for a guy who spent much of his career beneath it. Nordman is a retired Navy submariner.

The tight confines of a submarine leave little room for personal privacy. The cramped environment also makes it imperative that sailors work together. This is something Nordman took very seriously.

The ocean is a complex and dangerous place. Onboard a submarine, you have very little time in an emergency. If there’s a flood or a fire breaks out, decisions have to be made in seconds.

The Navy showed Nordman that he was part of something bigger than himself. That was tremendously motivating, and today he still carries that sense of community.

After 10 years in the service, Nordman advanced to become the executive officer on a boat. But the promotion came with a surprise. He was listed as XO in excess. Nordman made the cut but wasn’t assigned a vessel. He had no job.

He had trained his entire career for that next assignment and suddenly the deck dropped out from underneath him. He worried about work and leaving the Navy. Would he be able to find a civilian job? Would he like it?

“It was the first time in my career that I actually had to think about what I was going to do next,” he says. He was accustomed to a steady paycheck and didn’t want to give that up.

What happened next, he now regards as a mistake. Nordman remained in the Navy 10 additional years. He stayed for his full pension.

In hindsight, he realizes how many choices were available to him then. He could have joined the National Guard. Joining the Navy Reserve would have given him more time to spend with his family. And he could have afforded doing this. The Nordmans were big savers.

But they still made many common investment mistakes. They paid high fees and expenses. They moved money around more than necessary. Nordman recalls that they, “spent more money chasing performance than we would have made if we had just stayed invested and let it grow.”

He acknowledges that every one or two percent they paid in fees, delayed their financial independence by 6 months to a year.

If only he just had a little more financial knowledge…if only the Navy had provided financial literacy training.

“If someone had come up to me and said, ‘put down your tools and go to a training session on how to invest in the TSP or how to save for retirement’, I would have had a much better quality of life along the way.”

But Nordman’s life didn’t turn out so bad. When he retired in 2002, he learned to surf. He’s been doing it for nearly 20 years now. His financial independence lets him surf every day.

And he pays his good fortune forward. The sense of community that motivated his naval career leads him to teach service members and military families about financial literacy so that they can make better choices. Nordman is an avid blogger and author of The Military Guide to Financial Independence and Retirement.

Nordman points out that the resources are there and that service members should talk to their command. They should understand what kind of investor they are.

He also says that, “retirement is just the beginning of life 2.0. You have new choices and new ways of designing your life, to enjoy the things you’re passionate about.”